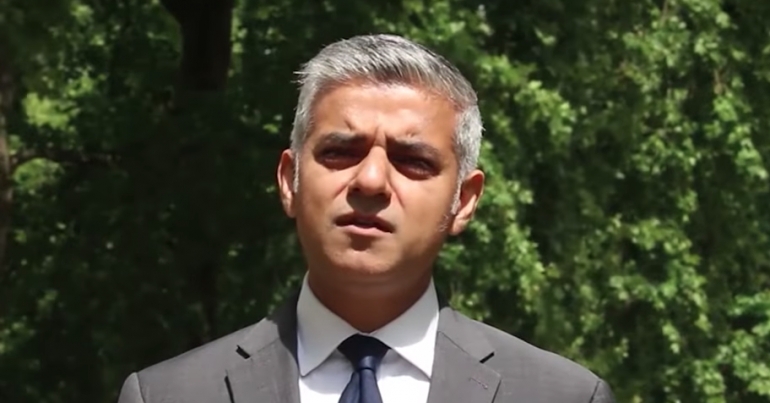 London’s Night Tube service will not resume on the evening of 27 November because of industrial action. The situation has sparked debate – especially around Sadiq Khan’s criticism of striking workers.

No one wants to go on strike. Rail disruption messes a lot of stuff up. They do it when they have no other choice

Disgusting statement on this. Khan evidently does not stand with workers https://t.co/QOIoCsVwY3

Members of the Rail, Maritime and Transport (RMT) union will walk out at 8.30pm on the Victoria and Central lines in a dispute over drivers’ rosters. Tube services were disrupted on 26 November after drivers launched a 24-hour strike, which led to criticism from Khan. The strike will be followed by more weekend stoppages in the run up to Christmas.

The 27 November strike will last for eight hours, altering plans to restart the Night Tube this weekend. It was due to resume after being suspended last year because of the pandemic.

It’s extremely disappointing that the RMT refused to attend talks yesterday with TfL to try to come to a resolution. I urge them to come back to the table.

But his intervention drew criticism:

No one should be surprised by Sadiq Khan’s anti-worker response to the tube strike. He’s always and consistently been awful.

Trade Unions created the Labour Party. Workers deserve the solidarity of those privileged to represent them.

Khan was also criticised by Conservatives who noted he once said “strikes are ultimately a sign of failure”:

🗣 Sadiq Khan: “Strikes are ultimately a sign of failure.”

The Mayor promised zero days of strikes if he was elected. Once again, Khan has broken that pledge to Londoners. pic.twitter.com/Opd7Da9Amp

RMT says Transport for London (TfL) has “ripped up “ an agreement on Night Tube driving by changing rosters. Meanwhile TfL says no jobs are being lost and the changes mean drivers would work around four Night Tube weekends a year.

The widespread impact on services is solely down to management failure to recognise and address the anger of their staff at the imposition of damaging and unacceptable working practices.

This action was wholly avoidable if LU (London Underground) bosses hadn’t attempted to bulldoze through arrangements that abolished the Night Tube driver grade, lumping everyone into a central pool where they can be shunted about at will in a drive to cut costs.

Our members have spoken and it’s time for London Underground to start listening.

The Mayor and his officials need to recognise our determination to defend progressive and family-friendly working practices. We remain available for talks.

I am very sorry for the inconvenience that this strike action is causing. We understand that our customers will be frustrated by the RMT’s strike action, which is timed to cause maximum disruption to London…

We are expecting to operate a reduced service overnight tonight on the Central and Victoria lines and on 3-5 December, 10-12 December and 17-18 December. Customers are advised to check before they travel and use buses to complete their journeys where required.

At such a pivotal time for the capital’s recovery, we are hugely disappointed that the RMT is threatening London with this unnecessary action.

By making changes to Tube driver rosters we have provided greater flexibility for drivers as well as permanent work and job security, something welcomed by all other unions

Meanwhile, Tribune editor Ronan Burtenshaw drew attention to what could potentially be another scandal of dishonesty in politics:

Earlier today, @SadiqKhan said that the RMT "refused to attend talks" to resolve the tube strike.

But @RMTunion says that's not true – and they have the receipts.

So either the Mayor is lying to Londoners to protect TfL management, or he was lied to himself. pic.twitter.com/tBarrILfcm

Another lie from the PM.

The truth is I've had to clean up his mess. While he increased TfL’s debt by more than £7bn, I reduced TfL's deficit by over £1bn before the pandemic.

The sole cause of TfL's financial problems is COVID – which led to fares income dropping by up to 90%. https://t.co/WwSBIkGiMF