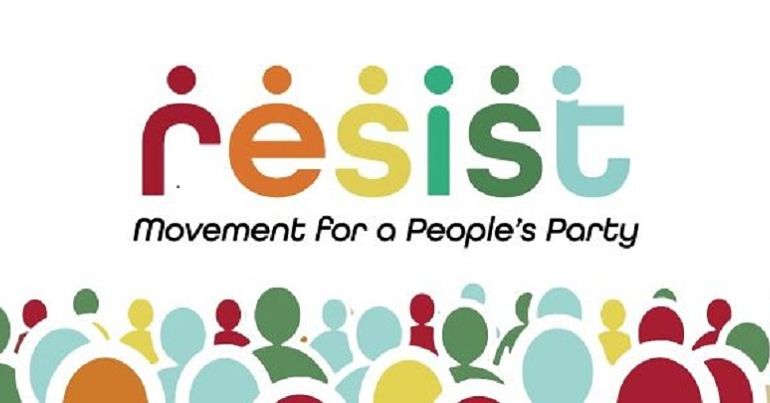 On Thursday 25 November, over 90% of Resist’s members voted to register as a political party. It came after an indicative vote on 17 October which supported the move:

After putting a vote to our membership, they voted YES to start a real socialist party lead by them!!!

Join us now to get involved with forming & shaping our future!https://t.co/DkUmJj8RiP pic.twitter.com/yFUZY4DbUW

Former Labour MP Chris Williamson is one of Resist’s founding members. Williamson told The Canary that Resist’s supporters and membership of around 3,500 will now decide on a name for that party.

The Labour Party no longer represents the interests of working class communities. It is in the pockets of global corporations which are responsible for chronic inequality and potential climate catastrophe.

So, according to Williamson:

We therefore need to build a meaningful alternative to the broken political system. Our aim will be to help galvanise political and civil opposition to the existing dysfunctional status quo. So we will continue to encourage collaboration with other socialist parties and with civil society too.

When will it stand for election?

The registration process could take up to seven weeks. And as the next elections (the local elections) aren’t until 5 May 2022, Williamson believes:

We will certainly be ready to field candidates next year

Elections for the Northern Ireland Assembly also take place in May 2022, but Resist only plans to organise in England, Scotland, and Wales. In contesting the next elections, Williamson added:

We will work with other socialist parties to maximise the impact.

However, he emphasised it wasn’t just about elections:

we are not obsessed with electoral politics. The most important focus will be on building a social movement. Grassroots support will be essential in building opposition to the mainstream corporate parties.

Williamson outlined Resist’s 10 core polices. Broadly speaking, the policies are about keeping essential services in public hands. Among other issues, they deal with the economy, housing, justice and education. Resist wants an economy that works for “the many”. Additionally, it wants a “comprehensive green new deal” for homes and businesses.

Other policies include replacing the monarchy with a democratically elected head of state, scrapping the House of Lords and making elected representatives more accountable. It also wants to scrap the trident nuclear programme and withdraw the UK from NATO.

While admitting the difficulty of the task ahead, Williamson noted:

We know that changing the political status quo won’t be easy, but believe we have an obligation to future generations to try.

And in changing that status quo, Williamson believes “collaboration on the left is essential”. If people are interested, they can find out more on Resist’s website.