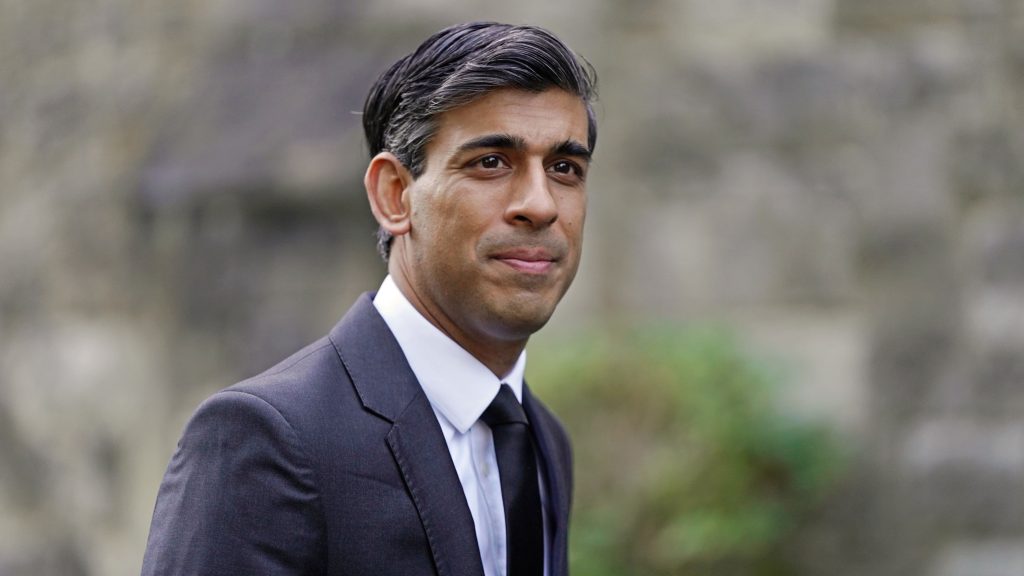 Chancellor Rishi Sunak has refused to give his unequivocal backing to Boris Johnson as the threat to the prime minister’s leadership grows over partygate allegations.

Sunak finally breaks cover to support Johnson. Well, I say 'to support'… To refer the journalist "back to the PM's words", say the code is clear on the consequences of lying, repeat the mantra about hypotheticals, then walk out of the interview when the journalist persists. ~AA pic.twitter.com/zYJy2rXanF

Trouble at the top

The potential successor as Tory leader abruptly ended an interview on 18 January when pressed if he gives his full support to his boss. He instead said he believes Johnson is telling the truth and backs his request for “patience” during a Whitehall investigation by senior official Sue Gray.

I see Rishi Sunak chose to be 200 miles away today when Boris Johnson was giving his non-apology
The parties took place next door to where he was, he should have known they were happening and didn’t report them to police as a law abiding neighbour
He too must take responsibility

So far six Conservative MPs have publicly called for Johnson to go amid widespread public anger over claims of lockdown-breaching parties in No 10. Jeremy Hunt said in an interview that his ambition to lead the party has not “completely vanished”. Former aide to the PM Dominic Cummings has expressed the opinion that a “leadership contest is imminent”:

The is SW1 code for: leadership contest is imminent, sign up early if you want a seat in Cabinet, am on phone to donors & getting office set up, there has to be one non-brexit nutter in last 2 https://t.co/bXlK7RbQZM

Cummings has also claimed that Johnson lied to Parliament over the parties. Downing Street denies this, but appeared to accept that he would have to resign if he “knowingly” misled the House of Commons.

In his first interview since Johnson’s apology to MPs over the scandal, the chancellor said he accepts his explanation that he was not warned in advance about a No 10 drinks party during lockdown in May 2020. He told broadcasters:

Of course I do. The Prime Minister set out his understanding of this matter last week in Parliament. I refer you to his words.

Sue Gray is conducting an inquiry into this matter and I fully support the Prime Minister’s requests for patience while that concludes.

Asked if the PM should resign if he lied to Parliament, Sunak said:

I am not going to get into hypotheticals, the ministerial code is clear on these matters.

Pressed on whether Johnson had his unequivocal support, Sunak swiftly broke off the interview, walking off with a microphone still attached.

The chancellor’s hours of silence after Johnson’s apology to the Commons last Wednesday over the 20 May 2020 “bring your own booze” garden gathering in No 10 has been seen as conspicuous.

Then there's his voting record:

– Against measures to prevent climate change

– Against removing hereditary peers from HoL

– Against higher taxes on banks

– For reducing funding of local Govt

Hunt, who has served as both foreign and health secretary (and has at times been the “most disliked frontline British politician”), discussed not having given up hope to become Tory leader. The House magazine said he denied actively considering a run, before adding:

I won’t say my ambition has completely vanished, but it would take a lot to persuade me to put my hat into the ring.

Sunak and foreign secretary Liz Truss are seen as the frontrunners for any challenge to the prime minister. Sunak is a billionaire former banker; Truss has long been ridiculed for what News Letter referred to as an “odd speech” in which she was “enraged by imported cheese but overjoyed at pork markets”.

Hunt was the strongest opponent against Johnson when he won the leadership in 2019, coming second before being comfortably beaten.

While only six Tories have publicly called for Johnson to quit, many more are believed to have privately written letters calling for a vote of no confidence. One route to a Tory leadership contest is for 54 letters to be submitted by MPs to chair of the 1922 Committee of Conservatives Graham Brady, though he keeps the running total a closely guarded secret.