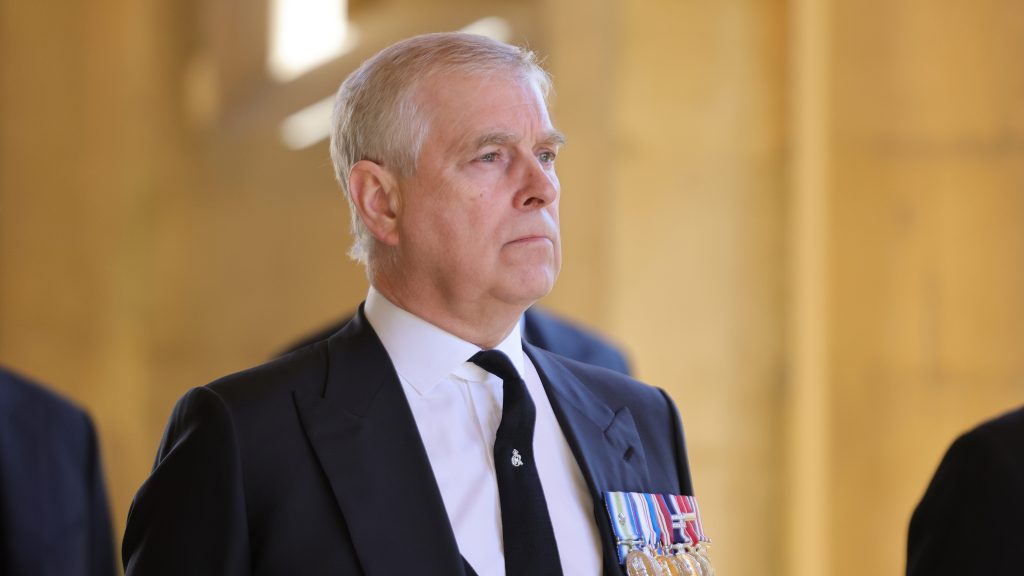 A woman who claims she saw the prince Andrew Windsor with his accuser in a London nightclub is willing to give evidence in the civil sexual assault case against him, her lawyer has reportedly said.

Shukri Walker alleges she was in Tramp nightclub in 2001 and saw the queen’s son with Virginia Giuffre and his friend Ghislaine Maxwell. Giuffre is suing the prince for damages in her home country of the US, claiming she was trafficked by disgraced financier Jeffrey Epstein – Windsor’s friend and convicted paedophile – to have sex with the royal when she was 17 and a minor under US law.

The prince is also alleged to have sexually abused Giuffre during a visit to Epstein’s private island, Little St James, and on a separate occasion at the financier’s Manhattan mansion. Windsor has denied the allegations.

Giuffre’s legal team has already made requests for witness accounts from a number of individuals including Walker and Windsor’s former equerry Robert Olney.

Lisa Bloom, who is representing Walker, said in a statement reported by a number of papers:

I am proud to represent Shukri Walker, who has bravely stepped forward as a witness and encourages others who may have information to do so as well.

She is willing to do the deposition Giuffre’s team is seeking.

In another development, prince William Windsor faced a question about his uncle when he visited London’s Foundling Museum with his wife to learn more about the care sector. A broadcast journalist from Sky asked hims “Do you support Andrew?” as the couple left, but he did not respond.

The elder Windsor’s much anticipated appearance on BBC’s Newsnight in November 2019 was an attempt to defend his reputation in the wake of the Epstein sex scandal, but he opened himself up to further accusations with critics saying he failed to show remorse for the financier’s victims.

The duke denied he slept with Giuffre on three separate occasions when questioned by Newsnight presenter Emily Maitlis, saying one alleged encounter did not happen as he had taken his daughter princess Beatrice to Pizza Express in Woking for a party and they spent the rest of the day together. He also claimed that the same sexual encounter, which the American said began with the royal sweating heavily as they danced at Tramp nightclub, was factually wrong because he had a medical condition at the time which meant he did not sweat.

Armed Forces Minister James Heappey has said the civil sex case risks overshadowing the queen’s Platinum Jubilee being celebrated this year. It’s previously been reported that the queen will “spend millions” funding the legal defence of her son despite the gravity of his alleged crimes. Said son stands accused of abusing a sexually-trafficked minor.

Maxwell, Epstein’s former girlfriend and a friend of Windsor, was convicted in the US on 29 December of procuring teenage girls for Epstein to abuse and will be sentenced this summer.

The queen has stripped her son of his remaining patronages and honorary military roles as the monarchy partially distanced itself from the duke ahead of potentially damaging developments in the lawsuit which is scheduled to go to trial in the autumn.