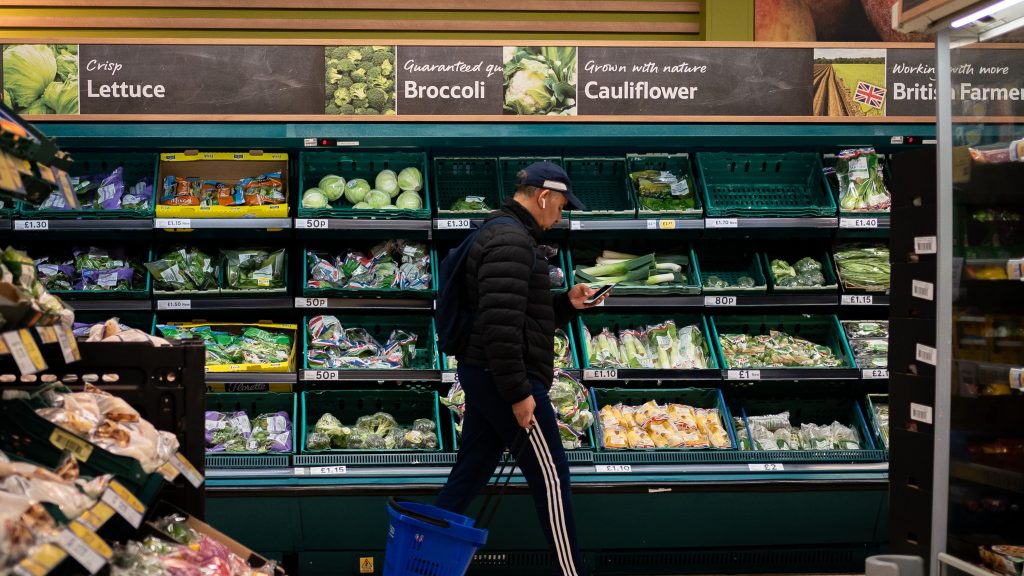 Two-thirds of UK adults have seen their cost of living jump over the past month as energy bills soared and price rises filtered down to supermarket shelves. The Office for National Statistics (ONS) revealed that 66% of adults surveyed saw their cost of living increase.

Its report also showed the impact of the Omicron variant of coronavirus on UK businesses last month, with the highest proportion of firms reporting falling monthly turnover since the height of the first lockdown in April 2020.

Hikes in food and energy prices

Its household survey found that of those who saw their cost of living rise, 87% of people reported increasing food shop prices, while 79% cited rising energy bills. The poll – carried out between January 6 to 16 – showed nearly three-quarters (71%) said increases in the price of fuel had also driven up the cost of living.

It comes after official figures on Wednesday showed that inflation soared to a near 30-year high of 5.4% in December. The leap came as households faced surging food prices on top of sky-high energy and fuel bills.

Experts have warned that the cost-of-living squeeze will get even tighter over the next few months as gas and electricity tariffs are expected to rise by around 50% in April.

The Bank of England raised interest rates from 0.1% to 0.25% last month as it said inflation would hit 6% in the spring – and more increases are expected to rein in rising prices.

An increased number of diners

The ONS figures showed there was some respite for the battered hospitality sector in the face of the Omicron wave, with a rise in the number of restaurant-goers in the UK. It estimated a 5 percentage point rise in UK seated diners over the week to January 17, to 93% of the level in the equivalent week of 2020.

This compares with just 88% of 2020 levels seen in the previous week, with cancellations rife across the sector. The ONS also said that retail shopper numbers were up 2% in the week to January 15. So-called footfall numbers were 79% of the level seen in the equivalent week of 2019, it added.