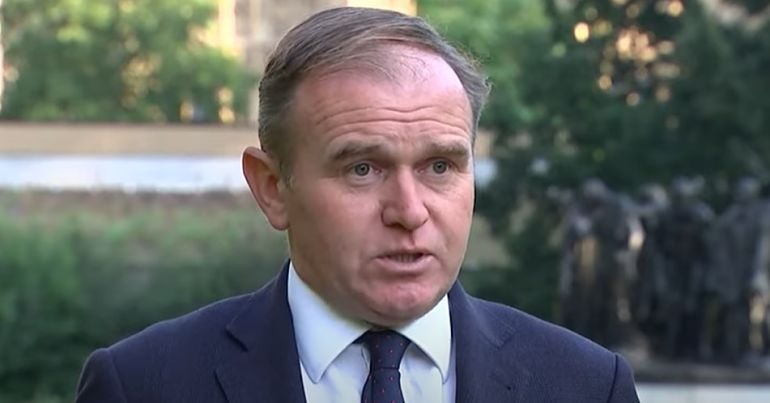 Chemical pollution is an immense threat to people, other animals, and the planet overall. Now researchers have calculated the true scale of the threat. Their findings reveal that such pollution, which includes plastics and pesticides, far exceeds the safe boundary that allows for the continued development of humanity, and indeed other life on Earth.

News of this discovery landed just days after another related fact emerged in the UK. The Tory government has greenlit the use of a banned pesticide in England, meaning that it ensuring more of the same pollution that is already at sky-high and life-threatening levels. The pesticide is a neonicotinoid known for its bee- and wildlife-killing potential.

Environmental organisations have called the government’s decision “shameful”. The scientists’ findings illustrate just how shameful and reckless it is for the UK’s inhabitants and the planet overall.

As The Canary previously reported, controversy over use of the neonicotinoid pesticide thiamethoxam started in early 2021. Following government promises that it would maintain an EU-wide ban on the chemical’s use after Brexit, it swiftly moved to approve its use after leaving the bloc. The government did so under an emergency authorisation, which is a mechanism also contained within the EU’s rules, and after lobbying by the National Farmers’ Union and British Sugar. The emergency authorisation was specifically for the pesticide’s application to sugar beet crops.

By March of that year, the government had effectively u-turned on the approval. It didn’t allow the planned use to go ahead due to expected levels of beet yellows virus not reaching the threshold set within the emergency approval’s rules. Limiting beet yellows virus was ostensibly what the pesticide’s emergency authorisation was for.

Now the government has again approved an emergency authorisation for 2022, following an exemption application from British Sugar. The sugar producing company’s managing director Paul Kenward is married to the Tory MP Victoria Atkins. The Guardian reported that the approval comes despite the government’s own expert committee on pesticides and the Health and Safety Executive asserting that the application didn’t meet emergency authorisation requirements and that the resulting pollution would “damage river life”.

Neonicotinoids approved under the current pesticide approval process devastated populations of wild bees and heavily polluted rivers. It is shameful that no action has been taken to ensure that bee and wildlife destroying pesticides are properly assessed as being pollinator safe before they are approved or derogated for use.

A matter of risk

A spokesperson for the Department for Environment, Food and Rural Affairs (Defra) insisted that the department hadn’t taken the decision lightly. They also said that it only grants such authorisations for “special circumstances” that meet “strict requirements”. They added:

Last year the threshold was not met so the authorisation was never exercised. Strict criteria remain in place meaning this authorisation will only be used if necessary.

The spokesperson further asserted that the decision is based on a “robust scientific assessment” and that Defra had evaluated “the risks very carefully”. However, environment minister George Eustice acknowledged that it “was not possible to rule out completely a degree of risk to bees” should they encounter “flowering plants in or near the field in the years after neonicotinoid use.”

The scale of risk couldn’t be clearer following the aforementioned findings by researchers on chemical pollution. An international group of scientists from Stockholm Resilience Center conducted the probe into so-called novel entities, meaning manufactured chemicals like plastics and pesticides.

They assessed whether the levels of these entities surpassed the safe planetary thresholds laid out in a framework developed by the centre’s former director Johan Rockstrom and a team of scientists in 2009. That group identified nine processes that “regulate the stability and resilience of the Earth system” and established planetary boundaries for each. Crossing these boundaries furthers the risk of “generating large-scale abrupt or irreversible environmental changes”.

In terms of chemical pollution, scientists concluded that it was essentially out of control, with chemical production increasing 50-fold since the 1950s. The University of Gothenburg’s Bethanie Carney Almroth was a co-author of the assessment, which the journal Environmental Science and Technology published. Carney Almroth warned:

The rate at which these pollutants are appearing in the environment far exceeds the capacity of governments to assess global and regional risks, let alone control any potential problems

Some of these pollutants can be found globally, from the Arctic to Antarctica, and can be extremely persistent. We have overwhelming evidence of negative impacts on Earth systems, including biodiversity and biogeochemical cycles

The assessment very clearly indicated that the world has exceeded the safe planetary boundary for chemical pollution. It brings the total amount of safe planetary boundaries crossed to five out of the nine processes. The others are biodiversity loss, biogeochemical flows, land-system change, and climate change.

Plastic pollution can cause immense damage, including in marine ecosystems. But the ecological carnage pesticides inflict is huge too. Studies released by the US Environmental Protection Agency last year, for example, found that almost 80% of the endangered species of plants and animals there are likely harmed by three neonicotinoid insecticides, including thiamethoxam. Biology professor Dave Goulson, meanwhile, has asserted that a single teaspoon of neonicotinoids is “enough to deliver a lethal dose to 1.25 billion honeybees”. Goulson clarified, however, that bees are not the only beings threatened by the pesticide. He wrote:

any insect living on farmland or in streams that flow from farmland, and any organisms that depend on insects for food (e.g. many birds and fish) are likely to be affected.

A matter of choice

As Carney Almroth pointed out, the scale of chemical pollution is now so vast it’s beyond the capacity of governments to even assess the multitude of risks they pose, let alone control them. What is well within politicians’ capabilities, though, is to not actively add to the problem by greenlighting more and new uses of such pollution.

But that’s exactly what the Tory government is doing. Against the advice of its own experts and environmental groups, and the will of much of the public, it is actively choosing to worsen the problem and drag us further beyond safe planetary limits.