The centrists are still twisting the truth about the EHRC report. And people aren't having it. - Canary Workers’ Co-op 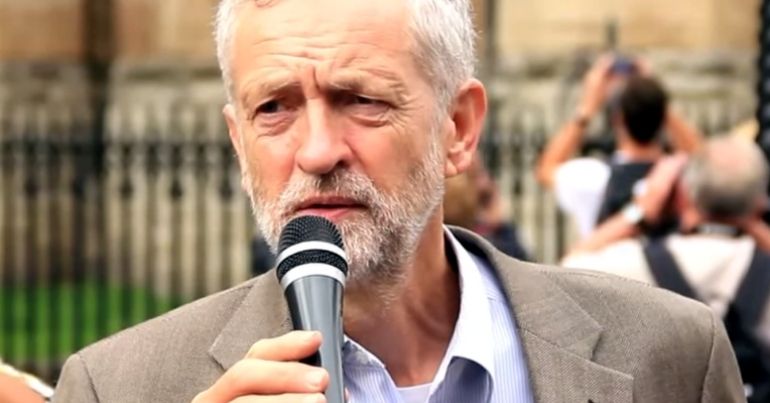 The centrists are at it again! Right-wing Labour MPs love twisting the findings of a key report on antisemitism in the Labour Party. This time it was Rachel Reeves, during an interview on the BBC. The main discussion was the arrival in Labour of Tory defector Christian Wakeford MP.

For some, a Tory joining your party might cause concern. Not Reeves though – she was “pleased” that Conservatives were joining Labour. She was then challenged on why an actual Tory was allowed in to Labour when former leader Jeremy Corbyn wasn’t.

It’s very clear what Jeremy Corbyn needs to do. He needs to apologise for his response to the [EHRC] on the Labour Party, which found institutional antisemitism and mistakes made under his leadership.

Corbyn is not currently allowed to serve as a Labour MP. His suspension followed a statement he made after a major report on antisemitism in Labour was published:

One antisemite is one too many, but the scale of the problem was also dramatically overstated for political reasons by our opponents inside and outside the party, as well as by much of the media. That combination hurt Jewish people and must never be repeated.

To many people this is stating the obvious. But Keir Starmer quickly suspended Corbyn. Many feel this move was less about antisemitism and more about purging the Labour left’s figurehead.

One twitter user tweeted the exchange. They accused Reeves of “flat-out lying” to distract from letting a literal Tory into the party:

Nothing says 'I take antisemitism seriously' like flat-out lying about the EHRC report to get around awkward questions about why Labour is welcoming a racist Tory, huh @RachelReevesMP ? pic.twitter.com/COsIq2lpzR

The findings of the Equalities and Human Rights Commission (EHRC) report are hotly debated. And Reeves’ claim drew immediate criticism on social media.

Some people accused Reeves of vastly exaggerating “the scale of antisemitism for political purposes”:

She's massively exaggerated the scale of antisemitism for political reasons.

As someone pointed out, Reeves once highlighted the first woman MP Mary Astor’s political successes without once mentioning her rabid antisemitism In fact, as The Canary reported previously, many centrist figures lauded Astor despite her well-documented far-right political views:

Rachel Reeves who gave a glowing endorsement of known antisemite Nancy Astor lied this morning on R4 and claimed that EHRC found Labour institutionally antisemitic under Corbyn’s leadership. They did not. LIE. Meanwhile Starmer has suspended more Jews than any leader in history

Whether or not Reeves is ‘lying’ depends on how you interpret the findings of the EHRC report. It did find that:

there were unlawful acts of harassment and discrimination for which the Labour Party is responsible.

However, as Electronic Intifada reported:

But despite its 17-month investigation, the EHRC failed to find Labour guilty of “institutional anti-Semitism,” despite being asked to do so by two pro-Israel groups – the “Campaign Against Antisemitism” and the Jewish Labour Movement.

But the bigger issue in Reeves weaponising the report in this way is the serious shortcomings with the report in its methods and motivations.

As The Canary’s Emily Apple wrote in October 2020,

Any and all allegations of antisemitism must be taken seriously. And if the Labour Party is responsible for “harassment and discrimination” then this must be addressed. But here’s where there’s a fatal flaw. Because the report includes, quite rightly, “using antisemitic tropes” as an issue. But it then adds “suggesting that complaints of antisemitism were fake or smears” as an issue in its own right.

This is hugely problematic and a massive Catch-22

She explains many of the other key issues with the report. And she argues that with Corbyn’s suspension:

any whiff of this critical evaluation has been drowned out. The report’s headline findings are accepted uncritically and broadcast as fact, without nuance and closer examination. It’s marred by interference from the very lobby that the report says is antisemitic to accuse of involvement. This argument wouldn’t stand if the report had evidenced other examples of antisemitic behaviour. But it doesn’t.

And this is the key point. There seems to be no space, or effort, to evaluate the EHRC report or its outcomes. The truth is this lack of critical thought does nothing to fight the very real threat of antisemitism. And it’s high time Labour MPs stopped weaponising the EHRC report for their own goals.