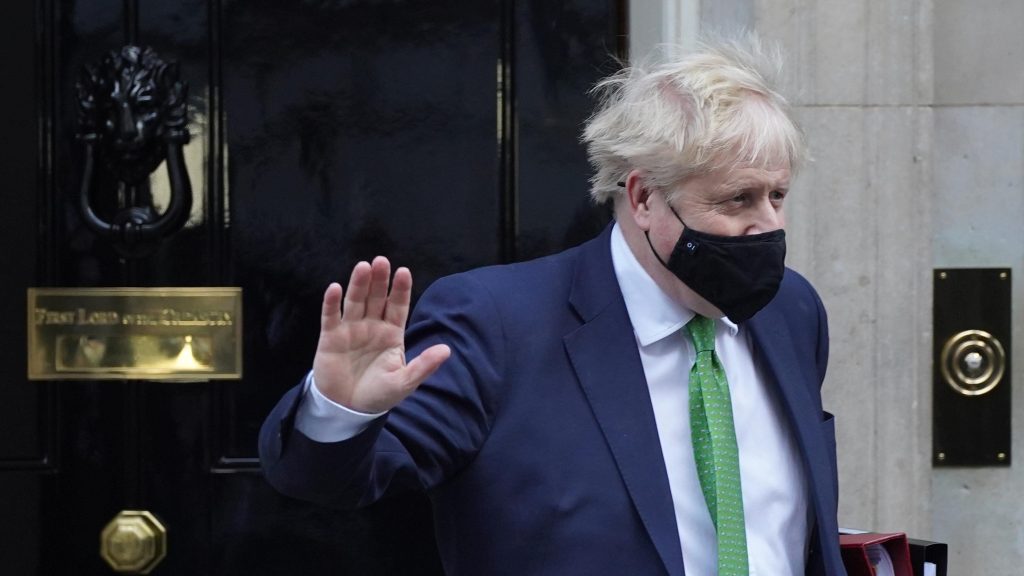 Boris Johnson has urged teachers who insist masks should still be worn in lessons to follow the rules which state that they’re no long required in classrooms. With the pandemic still ongoing, one union has branded the intervention as “utterly unnecessary, if not bizarre”.

It comes as coronavirus (Covid-19) deaths in the UK are up, albeit very slightly. In the seven days up to 21 January there were 1,878 deaths, an increase of 0.5%. The seven-day average is more than double what it was on 8 December – the date when the government confirmed a “move to Plan B in England”.

Johnson has been accused of ending the public safety measures to appease backbench MPs who otherwise might register a vote of no-confidence in him.

A prime minister who prioritises saving his own political skin over the actual deaths of others.

A spokesperson for the prime minister said that Johnson “believes it is vital that children are receiving face-to-face education and can enjoy a normal experience in the classroom”.

The Prime Minister also thinks that the schools should follow the latest guidance.

The news comes following an email from education secretary Nadhim Zahawi to MPs. It states that Zahawi will personally vet any plans to bring back masks in classrooms. But unions have condemned this as an example of Whitehall seeking to “micromanage” schools.

In a letter to MPs sent on 20 January, Zahawi said he has agreed with directors of public health that in the event of “extraordinary” local coronavirus (Covid-19) spikes, they’ll consult with him before recommending the reintroduction of face masks in schools in England.

Meanwhile unions have said the intervention from the education secretary is “utterly unnecessary, if not bizarre”.

Schools and colleges who take the decision to keep face coverings as a requirement in classrooms will have… done so following a risk assessment, and with the head using his or her professional judgment and knowledge about what’s best for the school to protect face-to-face education.

This is a sensible precaution, particularly given we are now in the run-up to national examinations and the issues to education caused by staff and pupil absences.

That Whitehall would seek to micromanage such decisions seems utterly unnecessary, if not bizarre.

This is not about masks. This is about a PM whose authority is shot to pieces. https://t.co/X8CKNsim9n

Geoff Barton is general secretary of the Association of School and College Leaders (ASCL). He said schools were “put in a potentially difficult position” with prime minister Boris Johnson’s announcement on 19 January that face masks would no longer be needed in classrooms from 20 January. Barton said:

The Government’s own guidance says that directors of public health may advise that face masks are needed in classrooms in response to local circumstances. But schools are unlikely to have had any time in which to consult them, or in which to communicate the changes with parents and staff.

It is therefore not surprising if some schools have continued to use face masks for the time being while they resolve these issues.

Barton has previously accused the government of going against scientific consensus:

"If you, the government, know better than the scientists, could you show us the evidence?"

Geoff Barton, of the Association of School and College Leaders, calls for the government to show the evidence that it's safe for schools to reopen

Pepe Di’Iasio, a former ASCL president and headteacher at Wales High School in Rotherham, South Yorkshire spoke to PA. He said new safety measures for schools need to be carefully communicated with pupils. And he added that his school will tell pupils they should no longer wear masks in classrooms, while it will no longer be compulsory for them to be worn in corridors from next week.

On Johnson’s announcement, he said:

I was disappointed that we were suddenly working to dates and not data – all the way through this we’ve been talking about looking at data and all of a sudden, now we’re working to a date.

He said his school isn’t seeing high coronavirus case rates, but the timing of the announcement made communicating changes with pupils more difficult. He said:

We were all anticipating an announcement on the 26th and what we’ve now got is a difficulty with our students, because they will have heard the announcement at the same time as us, and so some of them will be saying: ‘I no longer need to wear my mask any more, do I?’ It’s about just having the clarity of those boundaries.

He said the school will need to communicate with pupils that they might still need to wear masks on the private buses that take them to and from school, for instance.