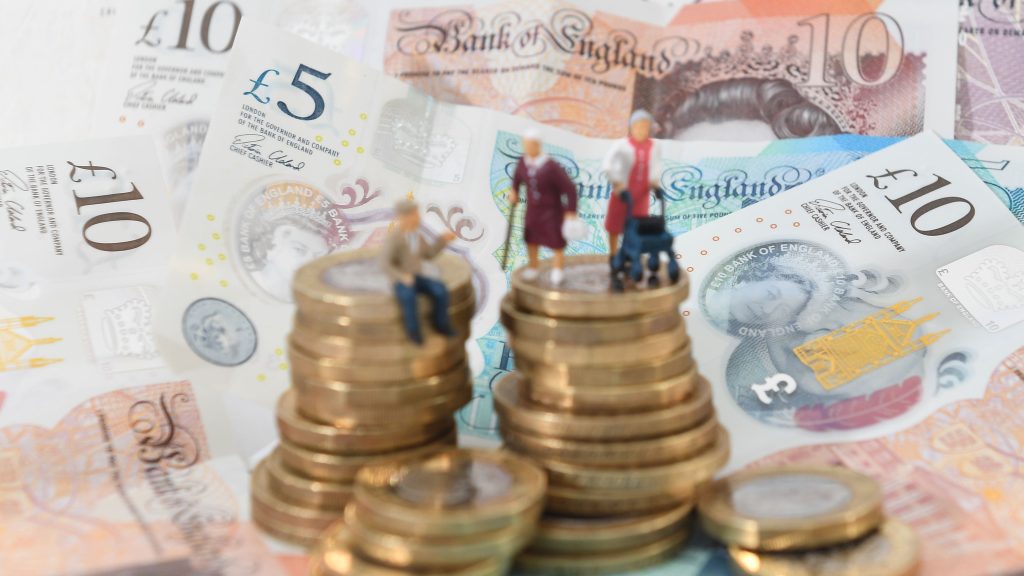 The long-term underpayment of state pensioners, an unknown number of whom will have died without receiving what they were owed, is a “shameful shambles”, according to a public spending watchdog.

The Department for Work and Pensions (DWP) estimates it has underpaid 134,000 pensioners over £1bn of their state pension entitlement. Most of them are women, and some errors date as far back as 1985.

In January 2021, the DWP started an exercise to correct the errors. This was the ninth such exercise since 2018, the Public Accounts Committee (PAC) said. The errors mostly affect widows, divorcees, and women who rely on their husband’s pension contributions for some of their pension. Complex pension rules and a reliance on highly manual systems led to the underpayment of tens of thousands of pensioners.

The committee of MPs said the underlying IT system used to manage millions of pensioner records dates back to 1988. Quality checks failed to identify the systematic underpayments and small errors added up over years to significant sums of money. The PAC said the department should consider whether there are cost-effective ways to upgrade its IT systems “as a matter of urgency”.

There’s currently no formal plan for contacting the next of kin where a pensioner who was underpaid is dead, the committee said.

The DWP is only paying those it has identified as having a legal entitlement to arrears, in some cases many years after the event. And it’s been inconsistent in paying interest, it added. It’s also shown little interest in understanding the further knock-on consequences, including on social care provision, for those it underpaid, MPs said.

The cost of getting it wrong

Fixing DWP’s mistakes is expected to cost £24.3m in staff costs alone by the end of 2023, the PAC added. Experienced staff have been moved away from business-as-usual for the job. And the department is experiencing backlogs in processing new applications.

The risk remains that the errors that led to underpayments in the first place will be repeated in the correction exercise, if not also in new claims.

Departments that make errors through maladministration have a duty to put those it wronged back in the position they should have been, without the error.

In reality DWP can never make up what people have actually lost, over decades, and in many cases it’s not even trying. An unknown number of pensioners died without ever getting their due and there is no current plan to pay back their estates.

DWP is now on its ninth go at fixing these mistakes since 2018, the specialised staff diverted to fix this mess costing tens of millions more to the taxpayer and predictable consequences in delays to new pension claims.

And there is no assurance that the errors that led to these underpayments in the first place will not be repeated in the correction exercise.

This is a shameful shambles.

Quality checks failed to identify the systematic underpayment of thousands of pensioners.

The PAC said an absence of regular reporting on state pension inquiries makes it concerned that senior management “is not focused on designing a data strategy that detects errors in a more systematic way”. It also said the department should be treating state pension underpayments as seriously as overpayments.

Additionally, the DWP hasn’t given people who are worried they’ve been underpaid enough information to find out what they should do, the committee said. Its communications strategy is to only contact those whom it finds have been underpaid. And its priority has been to focus on living pensioners rather than the dead, even though some of their next of kin may be financially vulnerable, the committee added.

It said the DWP hasn’t been sufficiently transparent to parliament about the underpayments and should provide periodic updates.

Despite a campaign by the former pensions minister, Sir Steve Webb and ThisisMoney.co.uk, from January 2020, the department did not consider underpayments to be a significant issue until August 2020, meaning that it missed opportunities to identify and resolve the problem sooner.

Paying pensioners lump sums in arrears may also affect benefits entitlements. But the department has shown “little interest in accounting for financial consequences”, the committee said. It said the DWP should establish the full impact of receiving a lump sum. And it should make sure people aren’t being treated prejudicially compared with if they’d received the money when it was meant to be paid.

There must also be a risk that similar unidentified errors exist elsewhere in the system, the PAC said. It added:

Steve Webb has told us he believes the scope of the correction exercise is too narrow.

Webb, who is now a partner at consultants LCP (Lane Clark & Peacock), said:

The committee are right to be highly critical of DWP over this whole debacle.

It is shocking that DWP’s regular checks regarded the level of error on state pensions as too small to be worth investigating when in reality many thousands of people have missed out on potentially life-changing amounts of money.

There are still far too many people missing out on the state pension to which they are entitled and DWP needs to track them all down as a matter of urgency.

Resolving the historical state pension underpayments that have been made by successive governments is a priority for the department and we are committed to doing so as quickly as possible.

We have set up a dedicated team and devoted significant resources to processing outstanding cases, and have introduced new quality control processes and improved training to help ensure this does not happen again. Those affected will be contacted by us to ensure they receive all that they are owed.

We are carefully considering the content of the Public Accounts Committee’s report and will respond formally in due course.