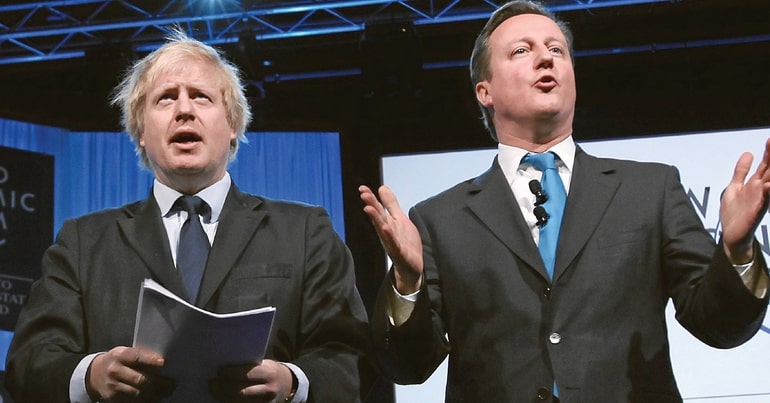 David Cameron’s promise in 2013 to “cut the green crap” will cost millions of households around £170 each when energy prices spike this spring, a new report has claimed.

Analysis from the Energy and Climate Intelligence Unit (ECIU) showed that households could have saved a combined £1.5bn in the next financial year if insulation continued to be installed at the same rate as a decade ago. In 2012, around 2.3 million homes added new insulation, but since 2013 this has collapsed to just around 230,000 homes, ECIU said.

The rate of insulating homes has crashed since 2012 through cut backs on helping households reduce energy waste.

The true cost of this short-termist thinking is now coming home to roost for millions of families struggling to pay their bills.

These homes installed either insulation and cavity or solid wall insulation, something which the group said was enough to slash gas usage by 20%.

The UK has the worst insulated homes in Europe, according to a 2020 survey by thermostat maker Tado. If outside temperatures are at freezing, UK homes heated to 20 degrees will lose three degrees in five hours. In Norway, homes just lose 0.9 degrees in the same time under the same conditions, and even in warmer countries the insulation is better.

Italian homes lose 1.5 degrees in five hours while Spanish homes lose 2.2 degrees, the data showed. In normal times this means that UK residents have to use more gas or electricity to heat their home than their European neighbours. This means more carbon emissions, and as gas prices are expected to soar for households from April, it could put severe strain on bank accounts too.

The high cost of anti-green ‘savings’

Dr Simon Cran-McGreehin, head of analysis at the ECIU, said:

The legacy of David Cameron’s supposed ‘cut the green crap’ mantra is a short-term political decision leading to longer-term higher bills for millions.

The simplest way to protect the UK, particularly less well-off households, against volatile international gas prices is to use less gas.

Keeping a gas boiler chugging away has become much more expensive and may well lead many to consider making use of new Government support in April to switch to heat pumps that don’t produce air pollution and that run on electricity, the price of which thanks to British renewables has not shot up in the same way as gas.