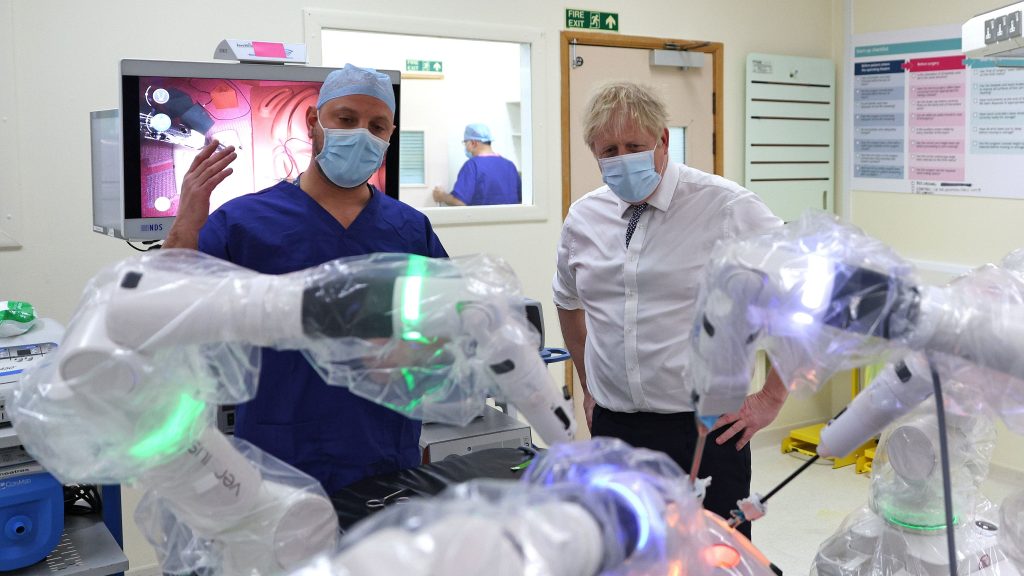 The government looks set to plough ahead with its proposed national insurance hike after the prime minister said “we have to pay for” NHS improvements. The hike has been called out by politicians because it will impact ordinary working people more than it will the rich:

Scrap the National Insurance hike on working people – replace it with a Wealth Tax on the super-rich!

While spending on the NHS has increased during the 12 years the Tories have been in power, for most of that time it increased by roughly half of what used to be the average. This underfunding has had numerous negative effects on the health service.

Senior Conservatives, including former Brexit secretary David Davis, have called for the proposed increase of 1.25 percentage points to be scrapped in the face of cost of living pressures. Commons leader Jacob Rees-Mogg is understood to have called for the move, which is designed to pay for long-term social care reforms, to be abandoned, while former Brexit tsar lord David Frost quit his role at the tail end of last year in protest at government tax increases.

Some Labour MPs have been very vocal on the hike:

But instead of raising taxes on their wealth, the Tories are pushing ahead with the National Insurance hike, hitting low paid workers the hardest.

That tells you everything about their priorities.

Chancellor Rishi Sunak, meanwhile, seems to be attempting to distance himself from the policy:

Rishi Sunak needs reminding that he's the Chancellor. National Insurance tax hikes are on his watch. He can't blame others. https://t.co/xkZBdoZgYG

The move has even provoked criticism from the sort of people who make a living defending the Tories’ worst policies:

For a Conservative government to clobber working people when energy bills are soaring by increasing their taxes shows how much the party has lost its way. The National Insurance hike should be scrapped.

Official figures published last week showed that inflation soared to a near 30-year high of 5.4% in December, while an energy price cap rise in spring is set to stretch household budgets further.

Using the underfunded NHS as a shield

Boris Johnson said the “terrible strain” the coronavirus pandemic had put the health service under could only be alleviated with more funding as he defended the April tax bump. The £36bn that the Treasury forecasts the extra national insurance contributions will provide has been earmarked to clear the NHS backlog and then to fund social care improvements. Notably, the idea that this amount will be anywhere near enough to fix the problems that the Tories claim they will has been called into question.

The prime minister, asked by broadcasters after a visit to Milton Keynes Hospital whether the rise would go ahead in the face of additional cost of living burdens, said:

The NHS has done an amazing job but it has been under terrible strain. Listen to what I’m saying: We’ve got to put that money in. We’ve got to make that investment in our NHS.

What I’m telling people is, if you want to fund our fantastic NHS, we have to pay for it – and this Government is determined to do so.

Johnson did not explain why the burden should be place on those who are already among the most burdened.

Had to use a calculator to prove to someone that National Insurance increase in April is 10.4% not 1.25% – result was significant swearing and shows how people don’t understand headlines or difference between % and % points Bombshell to land when people see April pay packets

Would Labour tax the rich?

Labour has voiced its opposition to the national insurance increase, with leader Keir Starmer pledging to take a different approach if elected to Downing Street. As is usual, Starmer has failed to flesh out what that different approach would be. He’s also drawn criticism for being less vocal than some Tory MPs:

It says all we need to know about the opposition offered by Starmer’s Labour when Tory MP David Davis is leading the call to stop April’s National Insurance rise.

The reason why @Keir_Starmer can't clearly call for a wealth tax is because, without big money donors, him and David Evans have put @UKLabour in an incredibly precarious situation & will have to permanently lay people off.

Starmer has actually made it sound like he wants to take over the mantle of being the ‘low-tax’ party. Given the amount of money that’s lingering in offshore bank accounts while Britain’s infrastructure crumbles, this is not the direction you’d hope from a Labour leader in 2022:

"Read my lips: the Tories can never again claim to be the party of low tax."