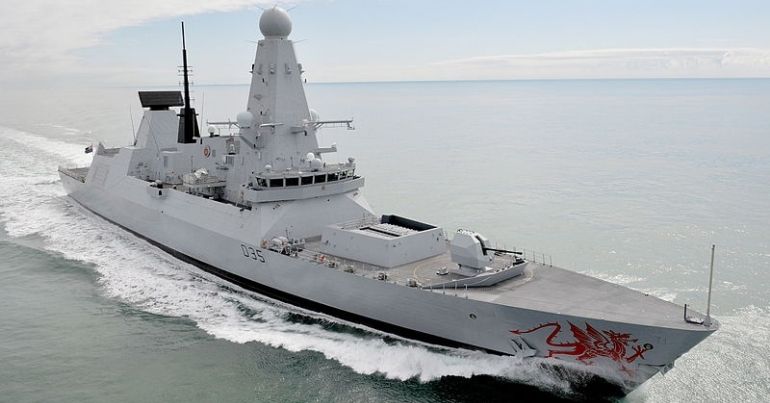 The latest Tory threat to use the navy to stop refugees in the English Channel has been ripped to shreds. This week Boris Johnson, possibly to distract from his partying habits, signed off on a “cruel and inhumane” plan to hand control of the channel to the military. But two security scholars have pulled this pledge apart.

Professor Timothy Edmonds and research associate Scott Edwards, both from the University of Bristol, published their critique in The Conversation. The pair looked at key Tory claims around the issue. But they weren’t particularly convinced.

Home secretary Priti Patel then told the Commons on Tuesday 18 January, that she had “commissioned the MoD [Ministry of Defence] as a crucial operational partner to protect our Channel against illegal migration”. She spoke of a “blended approach” which – she said – the public would support.

While the Ministry of Defence said:

Unacceptable numbers of people continue to make the dangerous Channel crossings and last November’s tragic deaths serve as the strongest reminder of the need to stop them.

The Bristol academics debunking starts with the maths. They said that while on the face of it navy ships outnumber Border Force ships, this is itself deceiving. The Archer and River class ships which would be most useful are already in use as far away as the Indo-Pacific, Gibraltar, the Caribbean and the Falklands/Malvinas.

With so many vessels already in use elsewhere, it seems unlikely that the Admiralty will welcome new deployments to the Channel -– especially so soon after an announcement that Border Force is receiving money for an upgraded fleet of cutters.

So it seems that the navy lacks the ships for the task, and the political will to do the job anyway.

Secondly, the pair questioned how naval involvement would change anything – even if the capacity was found. They also tested the underlying motivations:

Perhaps there is a hope that the Royal Navy will put some backbone into this policy, especially given that Border Force’s union has recently threatened strikes if pushbacks are implemented.

But would the navy even have the authority to carry out the government’s “cruel and inhumane” anti-refugee operations? Legally, this doesn’t seem to be the case at all.

Edmonds and Edward warned that if the navy did start to push back small boats crossing the channel, they would breach long established maritime law:

This is enshrined in Article 98 of the United Nations Convention of the Law of the Sea and elsewhere. The Royal Navy is just as bound by the law of the sea as Border Force.

The navy has already indicated that it has little appetite for such pushbacks, and any extra capacity it can bring is most likely to be deployed in search and rescue tasks.

This leads to questions about what the navy can actually do in the Channel. As the authors point out, not much more than they already are. The authors registered surprise at the announcement of a “blended response”. Because “that is exactly what’s already happening”.

They say the navy has been increasingly integrated into border operations since 2010. One recent expression of this ‘blended approach’ is:

The Joint Maritime Security Centre, established in 2020, coordinates the UK’s maritime assets and helps different agencies to work together at sea. Hosted by the navy, it enables cross-agency information sharing through its Maritime Domain Awareness programme.

So if this is already happening – and has been for a decade – we should question why Priti Patel is calling for it anyway.

Edmonds and Edwards proposed a different approach. They said:

The UK needs to move beyond populist announcements on the small boat problem and develop a response along three lines.

First, it should continue to develop better interagency operations. Secondly, it should “foster closer cooperation with France and Belgium to help manage this shared problem of human desperation and misery”. And thirdly, it should “recognise that policing at sea can only address symptoms rather than causes of increased Channel crossings”.

A long-term solution requires the reestablishment of humane and accessible refugee and migration routes into the UK.

The Tories have made a habit of using refugee-bashing and the militarist populism to distract from their internal problems. This latest call looks much the same. But this time the incoherence of such callous inhumane plans has been laid bare.

Johnson and Patel seem oblivious to the fact they’ve blood on their hands when it comes to refugees crossing the Channel and instead want to talk the talk. But even if the navy did have the capacity to intervene in the channel, doing so does nothing to address the root causes of the refugee crisis.