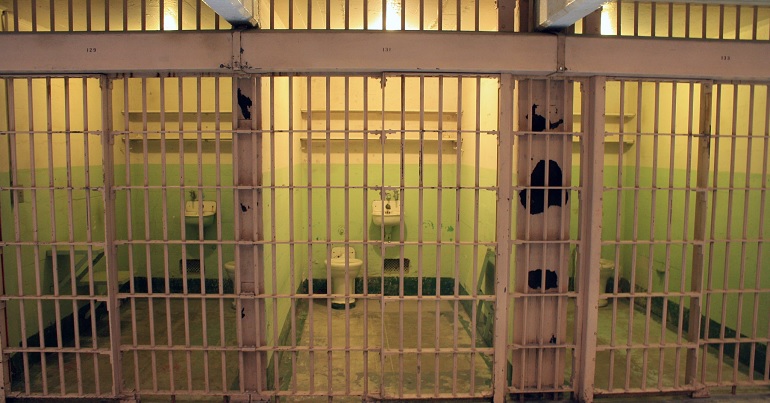 Campaigners have called for action to end the isolation of Shaqueille Plummer, who has been held in segregation at HMP Long Lartin for over a year.

They claim that Shaqueille has also been denied access to his personal possessions, such as his books and legal paperwork for the last five to six months. However, the Ministry of Justice now claims that these have been given to him.

Campaign group Anti-Carceral Solidarity (ACS) is calling for people to write letters demanding an end to his isolation:

Advice says segregation should be no longer than 14 days

In 2015, a ruling from the UK’s Supreme Court found that:

However, prisoners are routinely held in excess of 14 days. In fact it’s common for UK prisoners to be held in segregation for years.

A 2021 Justice Inspectorates report found that “Prisoners were held in segregation for too long” at Long Lartin.

ACS says that the denial of Shaqueille’s access to property – coupled with his segregation – was “inexcusable”:

When The Canary contacted the Ministry of Justice about why Shaqueille’s books were being withheld, we received this response, which may well show that the pressure from ACS has been working:

Mr Plummer received books this morning and his property has been collected from Reception and is due to be issued today.

ACS has also pointed out that Shaqueille is a Black prisoner, and demands that the prison authorities “Stop the inhumane treatment of Black prisoners in HMP Long Lartin segregation unit”.

ACS has described the regime Shaqueille has to go through to get unlocked from his cell. It claims:

Shaqueille’s unlock level has been increased to 4 man unlock in the last week, meaning that he now has to have 4 officers with him to leave the cell, all wearing body cams. Before they enter the cell, he has to stand against the wall in a degrading and dehumanizing position (known as back wall unlock). These increased punitive measures are being used against Shaqueille because he is Black.

The Canary contacted the Ministry of Justice for a comment about ACS’ allegations of racism at Long Lartin, we received this reply:

We have a zero tolerance for discrimination in our prisons and will not hesitate to take action where necessary.

All claims are investigated and there is no evidence of any racial discrimination in this case.

This isn’t the first complaint that a Person of Colour has been mistreated in the segregation unit at Long Lartin. In September 2021, The Canary reported on alleged racism and Islamophobia at the prison. One Muslim prisoner was allegedly disciplined by prison officers after an argument arose when officers tried to stop prisoners from carrying out a call to prayer.

Segregation “used as a weapon against the vulnerable”

According to long term prisoner Kevan Thakrar – a prisoner who has spent time in the UK’s segregation system:

[segregation] is used as a weapon against the vulnerable, marginalised and all too often the minorities.

This is backed up by statistics. A 2017 study by the Runnymede Trust – a racial equality thinktank – found that Black and Muslim prisoners were more likely to be subjected to segregation in prison.

The reason why it’s so easy for prisoners to be held in segregation for so long is because it happens away from public scrutiny. It’s up to us not to forget about those inside.

ACS conclude its call by saying:

HMP Long Lartin believe the walls around their prison will mean they can torture our friend with impunity. We must show them that they cannot.