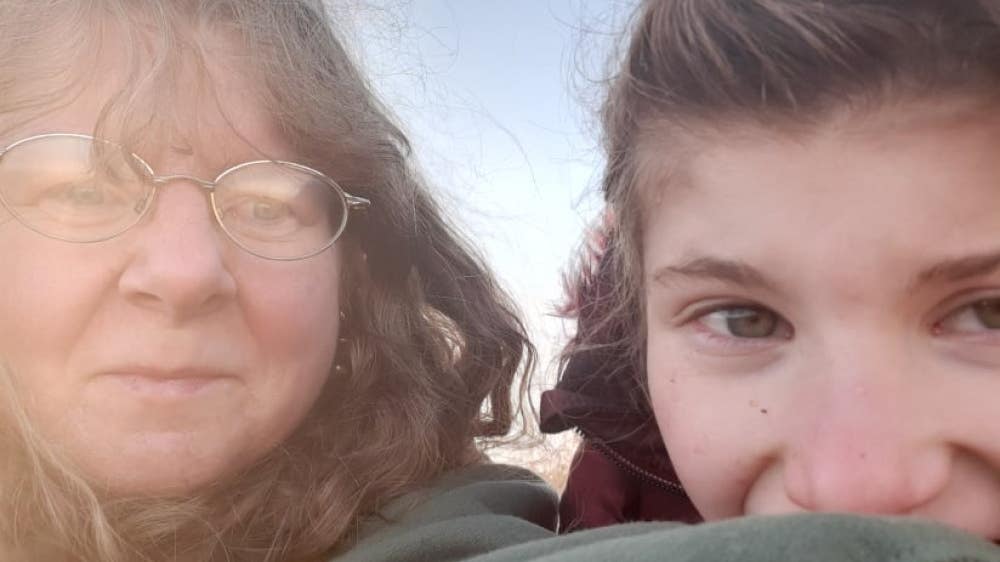 The mother of a clinically extremely vulnerable 11-year-old has said immunocompromised people are being “thrown to the wolves” by Boris Johnson’s plans to axe self-isolation laws.

The PM will brief ministers today and is expected to repeal all pandemic regulations that restrict public freedoms in England by the end of this week. That includes plans to scrap the requirement of isolation after a positive coronavirus (Covid-19) test.

Lorna Fillingham, 50, is a full-time carer for her daughter and wheelchair-user Emily-May. Fillingham’s daughter has physical and mental disabilities and lives with Baraitser-Winter syndrome. This affects the development of the brain – making her extremely vulnerable to coronavirus.

Fillingham, who is based in Scunthorpe, North Lincolnshire, told the PA news agency:

I find it negligent – that is what I think it is. (Johnson) is neglecting the health of too many people… and I just don’t understand why he is making this decision.

I’m all for freedom, don’t get me wrong, but I cannot understand the timing of this announcement.

The plans will affect the daily life of Fillingham and her family. They have have been shielding since the country’s first lockdown in March 2020. The family regularly calls ahead to attractions to check they aren’t too busy before taking the children. Fillingham said:

Every time we go somewhere, it’s always going to be in the back of my head as to whether (Emily-May) is safe in that environment or not. Because she could be sat next to somebody with active Covid, and she hasn’t got the full protection of the vaccine.

Fillingham also said the plans to scrap self-isolation laws have angered the online community of clinically vulnerable people. She said:

People are feeling that they’ve been thrown to the wolves. That is what I’m getting from the Facebook groups. I don’t believe (Johnson) can be following the science any more.

Tom Pearman, based in Harpenden, Hertfordshire, has an immune deficiency. He said removing isolation for known cases “seems madness” to him. The 44-year-old said:

We all want to get living, but we have to weigh the risks.

I, like many, am desperate to return to normal but knowing that I could sit next to someone in a cafe, cinema or other public space that has knowingly has Covid but choses not to stay at home, means I have to weigh the risk and probably step back until further treatments are available.

Is this just financially and politically motivated rather than health and scientifically related? It seems that over one million people will have to step back and review the risk they face with this plan – what’s the plan for these people?

The charity Immunodeficiency UK aims to give guidance and support to those who are immunocompromised. Its chief executive Susan Walsh said this is a “political decision that will cost lives”. Walsh told PA:

This is another huge blow to our immunodeficiency community – they’ve been angry before, but they’re just furious about this.

I find it shameful that the Government thinks the job is done – the immunodeficiency community needs a coherent plan based on preventing, testing, treatment and support packages.

We’re just an inconvenience to this Government.

Around one in 20 people in private households in England had coronavirus in the week to 12 February, or 2.4 million people. That’s according to estimates from the Office for National Statistics (ONS). This is down from one in 19 in the week to 5 February.

Infections are still higher than they were before Christmas, when the estimate stood at one in 25, or two million people. Despite the numbers remaining high, we’ve since moved back to Plan A restrictions. Johnson’s expected announcement would remove even more safety measures still.

The number of deaths in England where coronavirus was recorded on the death certificate averaged between 150 and 190 a day during January 2022, according to the ONS. This is below the equivalent figures for January 2021, but higher than much of the second half of 2021.