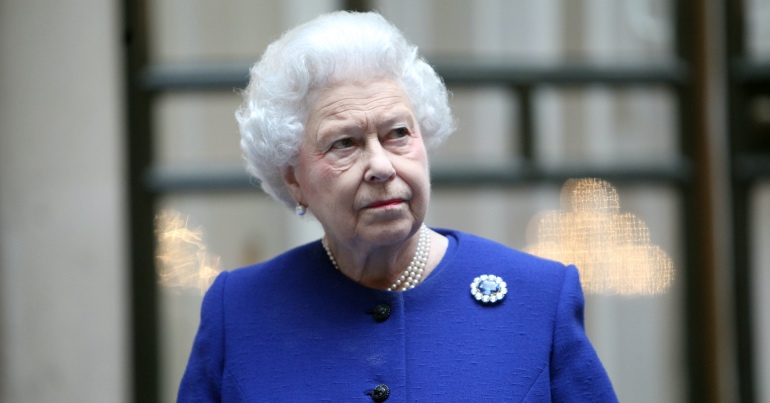 The Daily Mail decided what we all needed on a stormy Monday morning is gaslighting. It told us how marvellous the queen is because she’s working from home despite contracting coronavirus (Covid-19). In fact, the Mail went as far as to tell us that she’s an “example to us all”.

While the story would have been bad enough at any time, it was made worse by the fact that it was published as Boris Johnson announced he was ending compulsory self-isolation for those who test positive for the disease:

The Daily Mail are hailing the Queen for working while self-isolating, along with her family, as Boris Johnson calls for an end to every single COVID-19 restriction.

In other words, the Mail thinks it’s great that she’s working from home, a luxury many will simply not have once Johnson ends self-isolation rules.

The comment piece that accompanies the headline is even more sickening with sycophantic gushing to both the queen and Johnson:

That Her Majesty is now able to brush off the infection so lightly is testament to the miraculous effect of the vaccines, which this country pioneered and Boris Johnson ensured were properly funded.

This is jingoistic nonsense. Yes, the UK did develop the Astra-Zenica vaccine that was widely used initially. But most young people either had the Pfizer or Moderna vaccines for their first shots and most of us got those for our booster vaccines. Figures from September 2021 show that 189 million doses of Pfizer had been administered compared to 100 million Astra-Zenica shots.

The Pfizer vaccination was developed in Germany by the children of refugees – which doesn’t fit so neatly with the Mail‘s xenophobic views.

The time has come for Britain to become a free society once more – learning to live with Covid, rather than being shackled by it.

The article further claims that:

the relative weakness of the Omicron variant, the chances of the fully vaccinated becoming seriously ill are small to negligible.

This, of course, will be news to the thousands of people still being admitted to hospital. And it’s a devastating insult to the loved ones of the thousands of people still dying from coronavirus each month. It also doesn’t account for the debilitating impact of long Covid – something that’s still an unknown with regard to Omicron as the variant remains relatively new.

But just maybe, the Mail has unexpectedly got it right. Maybe the queen should be an example to all of us. She’s an example of how grossly unfair our country is. Because quite frankly, dealing with any illness is easier if you’re not worried about heating your home (let alone your palace) and putting food on the table. It’s also much easier if you’re not trying to survive on £96.35 a week statutory sick pay – one of the lowest rates in Europe. She’s an example of what life could be like if we didn’t have a society based around what benefits the 1% at the expense of the rest of us.

But let’s face it. That’s not what the Mail intended. It used an obscenely wealthy woman to gaslight all of us with “her typical ‘keep calm and carry on’ approach”. And that is nothing but insulting and sickening.