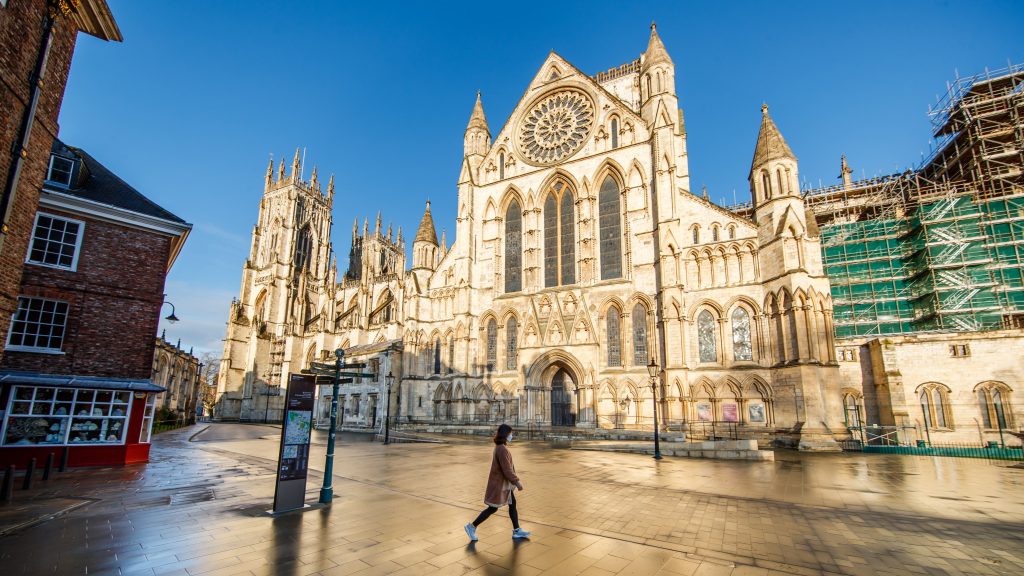 A new law could be tabled in the House of Commons to create the power to remove the duke of York title from Andrew Windsor, MPs have heard.

Labour’s Rachael Maskell, who represents York Central, has suggested Windsor should lose his association with the north Yorkshire city following the settlement of his legal battle with Virginia Giuffre. Maskell said it appeared “impossible” under parliamentary rules to bring forward new legislation to ensure the necessary powers are in place to remove such a title from someone. In response, deputy speaker Eleanor Laing suggested the private members’ bills system, which enables backbench MPs and peers to introduce proposed laws, could be an option for her to pursue.

Elsewhere, Laing also advised Labour’s Andy McDonald to get in contact with ministers to establish if any public money has been used to pay for the duke’s settlement with Giuffre. Andrew will have to pay a legal bill of up to £12m, according to speculation, following his out-of-court agreement with Giuffre who was suing the queen’s son for sexual abuse after she claims she was trafficked by his friend the convicted sex offender Jeffrey Epstein.

Although the parties have settled the case, the agreement is not an admission of guilt from the duke and he has always denied the allegations against him.

Erskine May, which outlines parliamentary procedure, states in its section on the royal family:

It adds only questions on matters such as costs to the public of funding royal events and royal palaces are allowed.

I seek your advice on a matter of a point of order concerning the ability to raise the matter of the removal of a title when it impacts on a geographical location, such as my city of York.

The removal of a title, such as a duke, can only be achieved through the passing of legislation.

According to the clerks of the House, this has been achieved through legislation in 1798 concerning a specific individual and in 1917 under the Deprivation of Titles Act for the matter of treason.

The sovereign does not have powers to remove a title unless Parliament confers such powers on them, nor does Parliament except under this specific legislation which is very limited in its application. However, in order to bring forward future legislation so that there were such powers available then new legislation would need to be introduced, which would appear impossible under the rulings of Erskine May.

Laing, in her reply, said:

There are other means by which the matters she’s raised can be brought before the House, and she rightly says the matter she describes can be resolved by legislation and (Ms Maskell) knows there are ways in which she can introduce legislation into the House – by private members’ bills, through the 10-minute rule procedure.

And I’m quite sure if she were to ask the advice of the clerks, they would guide her on how she might take this matter forward if she so wishes.

Cost to the public?

McDonald did not refer to the duke by name as he said:

In recent days there’s been widespread coverage of the settlement of an extremely high profile court case. There are undoubtedly significant sensitivities and difficulties here and I’m conscious of the need to proceed with care. But my particular concern is whether such a significant settlement could be satisfied by the use of public funds.

In those circumstances, I seek your guidance as to how I might illicit clarification and assurance from a Government minister that no public funds have been used or will be used in part or whole in satisfaction of the settlement.

So therefore it might be best if he were to write to ministers to seek the assurance that he wishes.

It’s understood McDonald will do as suggested by the deputy speaker. No detail has been disclosed with regard to the settlement and costs.

Reports suggest the duke has agreed to pay around £10m to Giuffre and a further £2m to her charity, with speculation the queen might help with costs from her private funds. Windsor is reportedly in the process of selling his Swiss ski chalet with the property expected to generate many millions in funds. This situation has led to an enormous public backlash against him.

The grand old Duke of York, he had 12 million quid. He gave it to someone he never met, for something he never did.