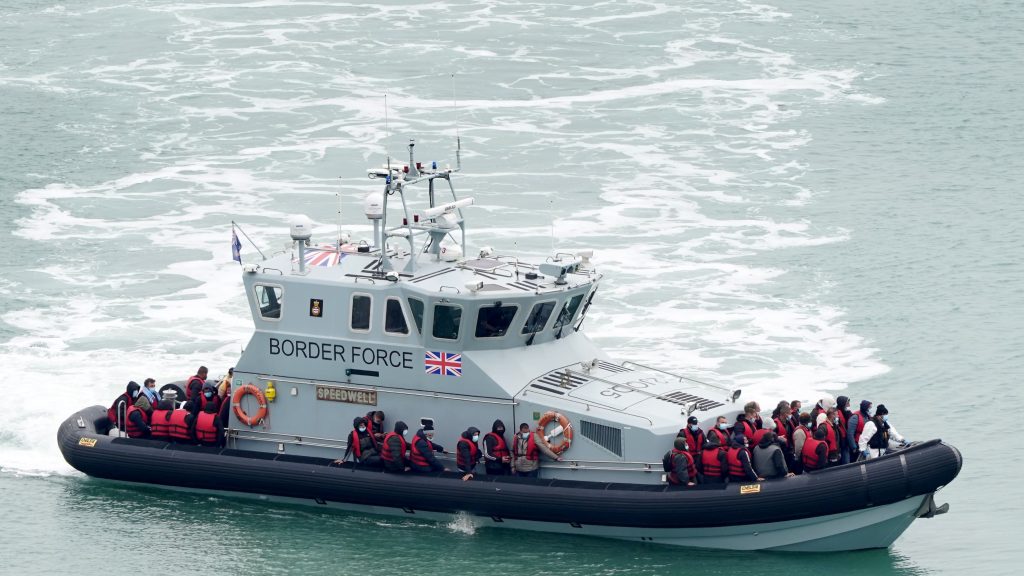 The Prime Minister has come under fire for “attacks” on lawyers who are “simply doing their jobs” as the Government faces legal action over plans to send migrants to Rwanda.

Boris Johnson claimed “liberal lawyers” will attempt to scupper the deal as Downing Street said flights for the one-way trip to the east African nation may not take place for months, in the wake of criticism and legal challenges.

Number 10 insisted the Government was not waiting for court cases to be resolved before putting the policy into practice but questions remain as to whether it is ready to be launched, with very little detail about how it will work being made public so far.

Officials are yet to confirm when the first flights will take off despite reports that Mr Johnson wanted to see this by the end of the month.

Johnson said there would be “legal eagles, liberal lawyers, who will try to make this difficult to settle” but insisted the Rwanda deal was a “very sensible thing” and that this was a “humane, compassionate and sensible” solution to tackling Channel crossings.

At the same time, the Home Office warned migrants were being cast adrift in the Channel by people smugglers using “dangerous, flimsy and unseaworthy boats”.

Attacks on men and women for simply doing their jobs are irresponsible and undermine the rule of law.

Few details of how the proposed scheme may operate have emerged but the Government has published a ‘factsheet’ that says: ‘Everyone considered for relocation will be screened and have access to legal advice. Decisions will be taken on a case-by-case basis and nobody will be removed if it is unsafe or inappropriate for them.’

It is unclear who will be making these decisions or what criteria they be applying. But, as the Government acknowledges, the lawyers who provide legal advice in such cases will be fulfilling their professional duties.

Sir Jonathan Jones QC, a former head of the Government Legal Department and now a senior consultant at law firm Linklaters, said it was

not fair to blame the lawyers for bringing such challenges.

If there are legal risks (which seems very likely) the Government will no doubt have been warned about them. It’s not improper (or particularly uncommon) for the Government to proceed with a policy/decision where there is some risk of successful legal challenge.

It’s not fair to blame the lawyers for bringing such challenges – they are just serving the best interests of their clients, as they are professionally bound to do.

It’s certainly not fair to blame the claimants’ lawyers if a challenge is successful – by definition that is a court saying that the Government is acting unlawfully: that’s not the lawyers’ fault.

The Government’s desire to treat people as human cargo and expel them to Rwanda is not only cruel, nasty and unprincipled, but it is also completely unworkable and lacking key details.

Given this, it isn’t surprising it is facing legal challenges. Such brutal policies will do little to deter desperate people jumping on boats, because they do nothing to address the reasons people are forced to come here.

Bella Sankey, director of Detention Action, which is one of the organisations threatening legal action, accused Mr Johnson of playing

dangerous games by inciting far-right hatred against lawyers when he knows very well that his Rwanda policy is unlawful, unworkable, neo-colonial and inhumane.