US businessmen are cutting out the middleman, running for office themselves - Canary 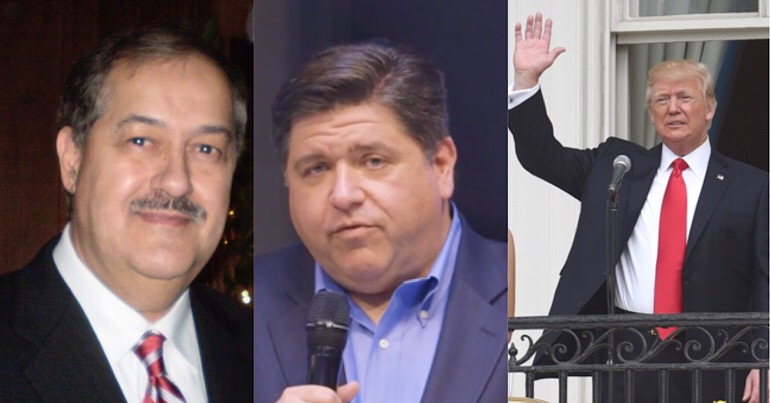 We need to talk about a troubling trend in US politics. Wealthy businessmen, no longer happy with just funding political campaigns, are now running for office themselves.

The latest is Don Blankenship. The former coal executive spent a year in federal prison after a deadly explosion at one of his mines exposed safety violations. Now, he’s running for senate in West Virginia.

Blankenship started the campaign as a way to rebuild his image. But the money he poured into television ads turned his public relations effort into a viable candidacy.

He may not come out on top in the primary. The latest polls, for example, show him trailing his two opponents. But it’s hard to imagine he would’ve even gotten this far if his wealth hadn’t allowed him to broadcast his message far and wide.

The fact that anyone would see someone like Blankenship as an option, meanwhile, represents a dangerous direction for politics in the US.

From the boardroom to the campaign trail

Blankenship isn’t alone in using wealth to try to buy a seat in government. He’s joined this year by both major party candidates for governor in Illinois.

Both men are self-financing their campaigns. This sets the stage for potentially the most expensive gubernatorial race in US history.

All this takes place in the shadow of perhaps the most famous and successful businessman-turned-politician, President Donald Trump. Once thought a long-shot, the real estate mogul and entertainment personality beat 16 other Republicans and Democrat Hillary Clinton in 2016.

The trend toward wealthy candidates parallels the trend toward more expensive campaigns. Rich donors finance politics in the US, and studies show they get a return on their investment.

In 2014, a pair of professors looked at nearly two decades’ worth of legislation to answer the question: does the government represent the people? And they found that the government does represent a group of people – namely, wealthy people.

The research showed that the opinions of average US citizens had no effect on whether a given law would pass. Only rich people’s views were a good predictor of what would become US policy.

We the people must fight back

If we don’t want to see wealthy people dictating the direction of our politics, then we have to get money out of politics altogether. Thankfully, most people in the US agree – regardless of their political background.

We have several options to get there. The group Move to Amend has a plan that centers around passing a 28th amendment to the US Constitution. The amendment would repeal corporate personhood and guarantee the ability of Congress to pass reasonable campaign finance laws.

Another group, Represent.US, has lobbied to pass anti-corruption legislation in key cities and states. The group hopes to build momentum at the grassroots level and elect candidates not tied to wealthy donors.

Looking to bypass the difficult national constitutional amendment process, the group Wolf-PAC has worked to get state legislatures on board with a constitutional convention of the states. They hope a progressive convention could pass needed amendments to the constitution to limit corporate control over our politics.

Whatever path we take to get money out of politics, though, one fact remains. Without drastic action, a sea of donor cash will wash away what little is left of our democratic republic. Because when wealthy donors go from calling the shots behind the scenes to running the show in the open by winning at the ballot box, we know we’re headed in the wrong direction.