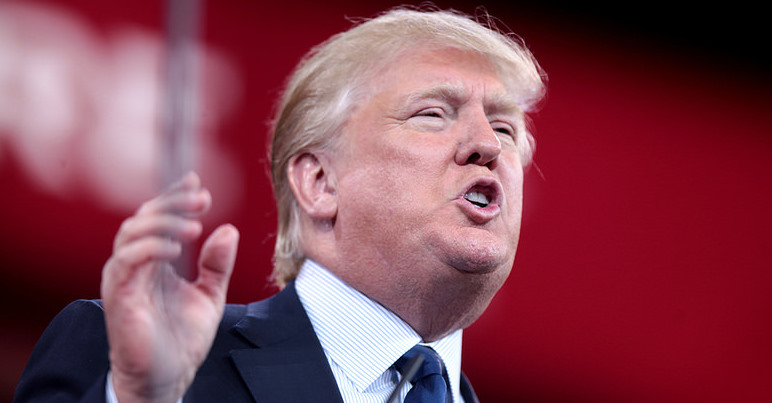 US authorities have over 11,000 migrant children ‘in their care’ after separating them from parents at border crossings. And hundreds of these children are still in detention. This practice is part of Donald Trump’s “zero tolerance” immigration policy. But his administration is apparently refusing to let media outlets and politicians enter these detention centers.

On 5 June, the UN Office of the High Commissioner for Human Rights (OHCHR) accused the US of ‘violating’ children’s rights.

11,200 unaccompanied children have been held for over a month, waiting to be reunited with families or foster carers. These children are transferred to the US Office of Refugee Resettlement while waiting for asylum decisions.

Senator Jeff Merkley tried to visit one of these detention centers with a camera crew but was refused entry. He said:

These doors are closed right now which is, I think, symbolic of what the administration is doing: it’s… keeping the doors closed to the press and to the public.

No one’s allowed in. Merkley tried to visit kids locked up in a former Walmart store. They’re not criminals. But they’re hidden.

And he went on to explain:

The reason, the administration says, that they’re tearing these children away from their parents, is not to treat them graciously – not to protect them – but instead to assault and inflict hurt. And their argument is that, by inflicting hurt, they might be therefore discouraged from coming to the US to seek asylum in the first place.

NBC News said Health and Human Services (HHS), the agency responsible for migrant children, has “11,200 unaccompanied children in its care”.

On 5 June, however, Donald Trump blamed this situation on the Democrats – despite now being well into his second year as president:

Separating families at the Border is the fault of bad legislation passed by the Democrats. Border Security laws should be changed but the Dems can’t get their act together! Started the Wall.

According to Politifact, there is no mandatory law to separate families. But from January 2017, Trump launched harsher immigration strategies which led to an enforced “zero-tolerance” immigration policy in April. This:

has the effect of separating parents from their children when they enter the country together, because parents are referred for prosecution and the children are placed in the custody of a sponsor, such as a relative or foster home, or held in a shelter.

As a result of the current push for prosecutions, authorities are running out of space, and facilities are “at 95% capacity”.

Current figures estimate that there are currently 550 children detained at US border crossings. 300 of them have spent more than 72 hours in custody. Almost “half of those 300 children are younger than 12”. But these border detention facilities “often lack adequate bedding or separate sleeping rooms for children”. Greg Chen, director of government relations for the American Immigration Lawyers Association, told NBC that these facilities also “often lack… adequate medical and nutritional resources”.

OHCHR spokesperson Ravina Shamdasani says children as young as 12 months old have been detained. She called the current US practice:

a serious violation of the rights of the child. The US is the only state in the world not to have ratified the UN Convention on the Rights of the Child.

She also insists, unequivocally, that:

Children should never be detained for reasons related to their own, or their parents’, immigration status. Detention is never in the best interest of the child, and always constitutes a child rights violation.

Where are the children?

People are now asking questions. And as some have said, “this is not what democracy looks like”.

The reality is that most of the detained families come from Central America to seek asylum because they’re “fleeing gang violence and poverty”. And as HuffPost reported previously, this situation “has its roots in six decades of U.S. policies carried out by members of both parties”. It continued:

Fleeing from violence and poverty is not a crime. But Trump’s dystopian response is. It violates human rights. And however much his administration tries to hide what’s going on, the world is watching.