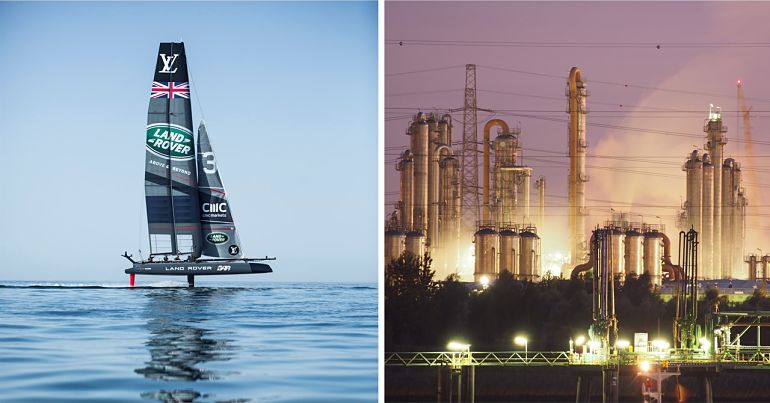 A famous entrepreneur and his fashion designer mum have been making a bit of a stir this week; not least on Friday 8 June – which is World Oceans Day.

Joe Corré is the son of fashion designer and campaigner Vivienne Westwood. He founded the Agent Provocateur lingerie brand. But he also, like his mother, campaigns on environmental and social justice issues. This week, he turned his attention to fracking and plastics pollution.

Corré took to Twitter to highlight a rather hypocritical fact to mark World Oceans Day: that a firm called INEOS sponsors (to the tune of £110m) sailor Ben Ainslie’s America’s Cup team:

.@ainslieben How can you race for @INEOSTEAMUK with the money from one of the world’s biggest plastic polluters, INEOS? They have the most dire environmental record – you’ll be racing across an ocean filled with the plastics they create! #INEOSvTHEPEOPLE #WorldOceansDay pic.twitter.com/oLwXdiaLnx

INEOS is a multinational fossil fuels and petrochemical company that’s involved in shale gas extraction, or ‘fracking’. It’s already controversial, as farmers and landowners are up in arms about the way INEOS deals with them. The company has also fallen out with the National Trust, which it’s taking to court after the organisation refused to allow it to frack on Trust land.

In perhaps its most audacious move yet, INEOS is taking the Scottish government to court over what it says is an “unlawful” ban on fracking. But what we don’t often hear about is the the firm’s contribution to plastics pollution.

As the campaign group Food & Water Watch Europe has documented, fracking, plastics pollution and INEOS are all inextricably linked. INEOS imports [pdf, p4] fracking-derived ethane gas from the US into Europe, to use in its plastics production. As Food & Water Watch Europe noted [pdf, p1] ethane is turned into ethylene “for the production of finished petrochemicals – such as plastics”. Plastics are a major concern for our oceans. According to Greenpeace, 12.7m tonnes of plastic end up in them every year.

Food and Water Watch Europe also claims [pdf, p1] INEOS has a “chequered” track record when it comes to the environment, and it has extensively charted [pdf] its controversial history.

In a statement to The Canary Corré said:

It’s impossible to reconcile the government’s ‘War on Plastic’ with its policy on fracking when they’re clearly enabling the creation of yet more problem plastic. It’s sheer hypocrisy.

If INEOS get their way and fulfil their ambition to frack the length and breadth of the UK, they will be making a vast contribution to the already growing pile of cheap plastics in the world today. INEOS have a horrendous environmental track record in Europe and have been responsible for toxic chemicals, leaks, fires and explosions that have endangered workers, communities and the environment.

Now they plan to bring those dangers to hundreds of communities across the UK, just to make more plastics that we don’t want…

Taking the fight to Downing Street

Earlier in the week, Corré and Westwood took their campaign against fracking and plastic to 10 Downing Street: 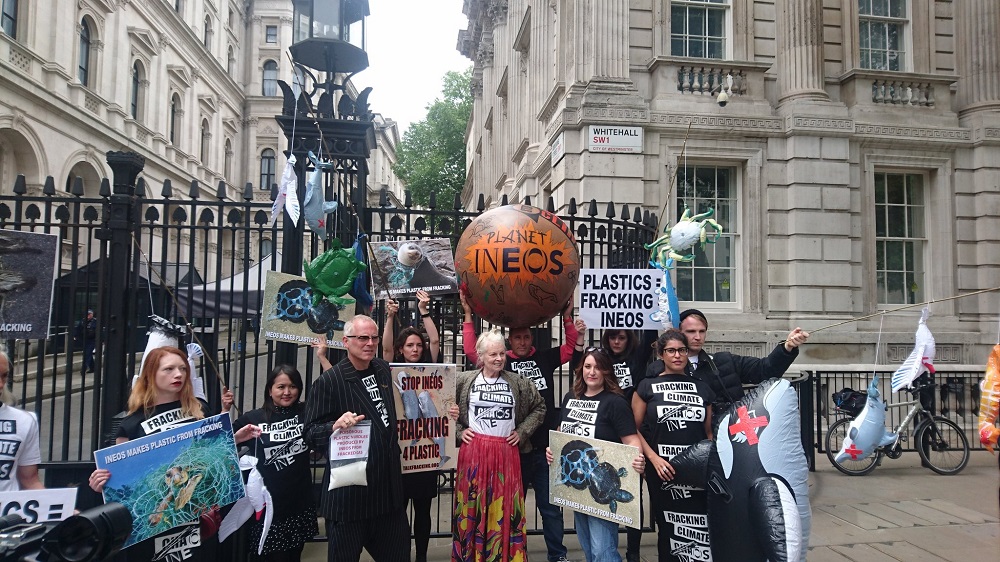 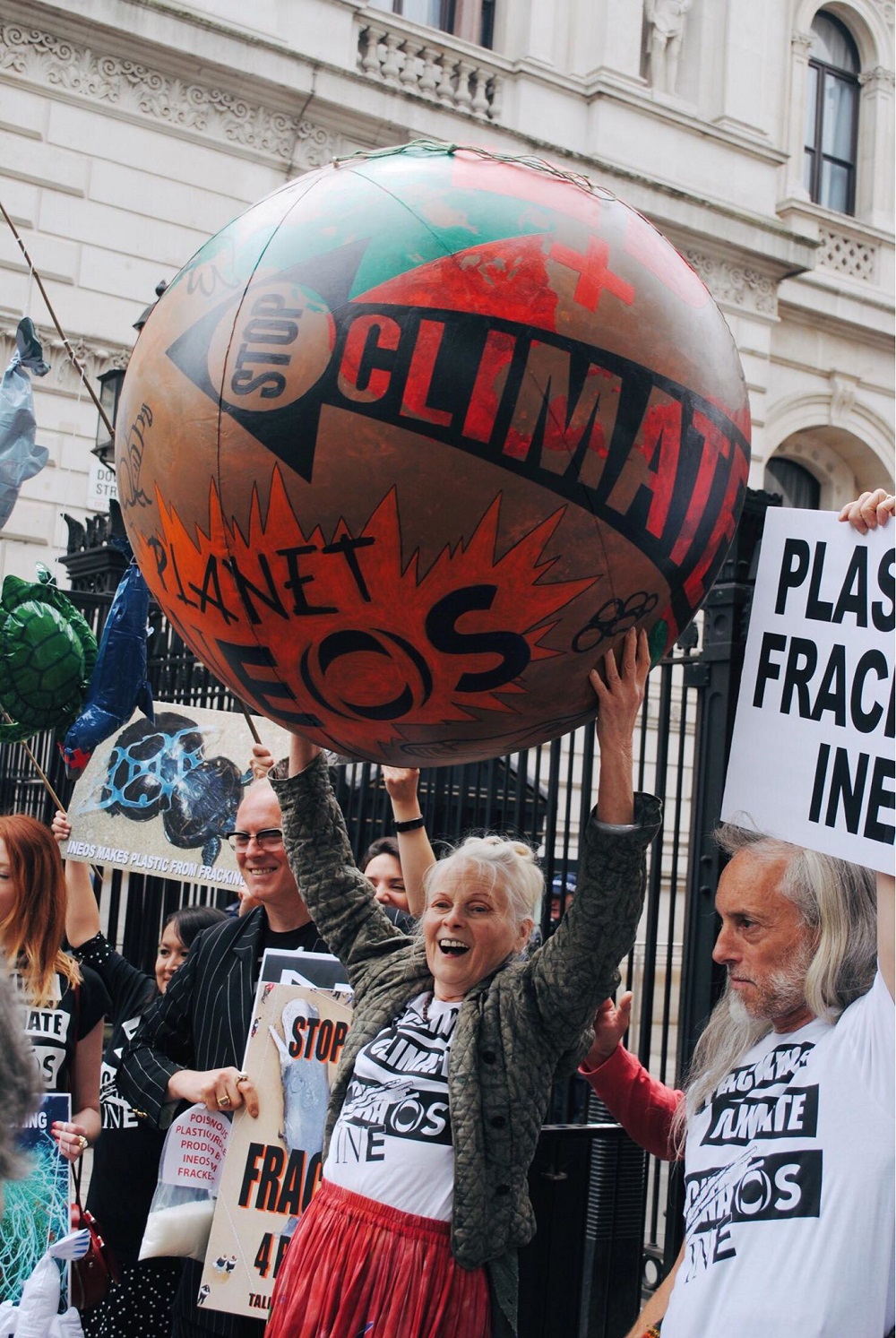 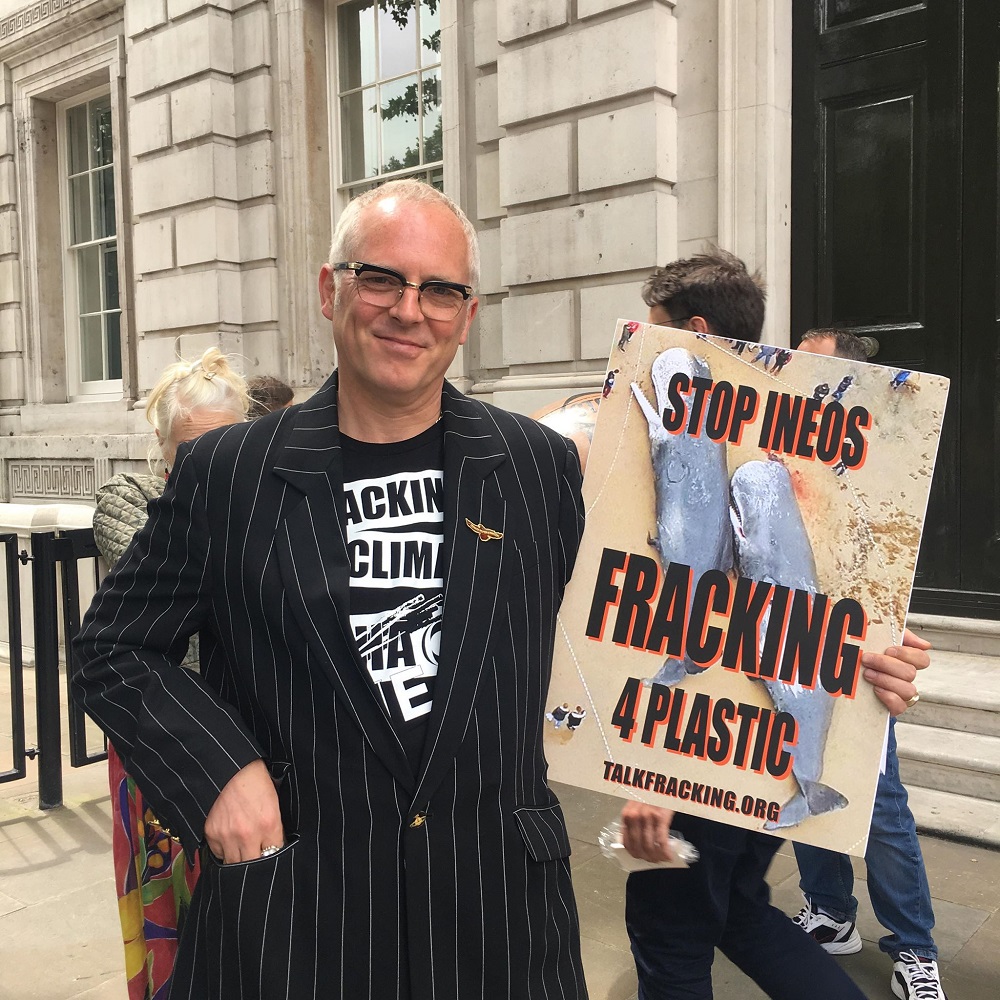 They handed a box of evidence in to Number 10. It shows the links INEOS has to pollution and environmental damage, including research by Food and Water Watch Europe. But they also gave Theresa May’s officials some more hands-on proof of just how fracking and plastics pollution are linked: 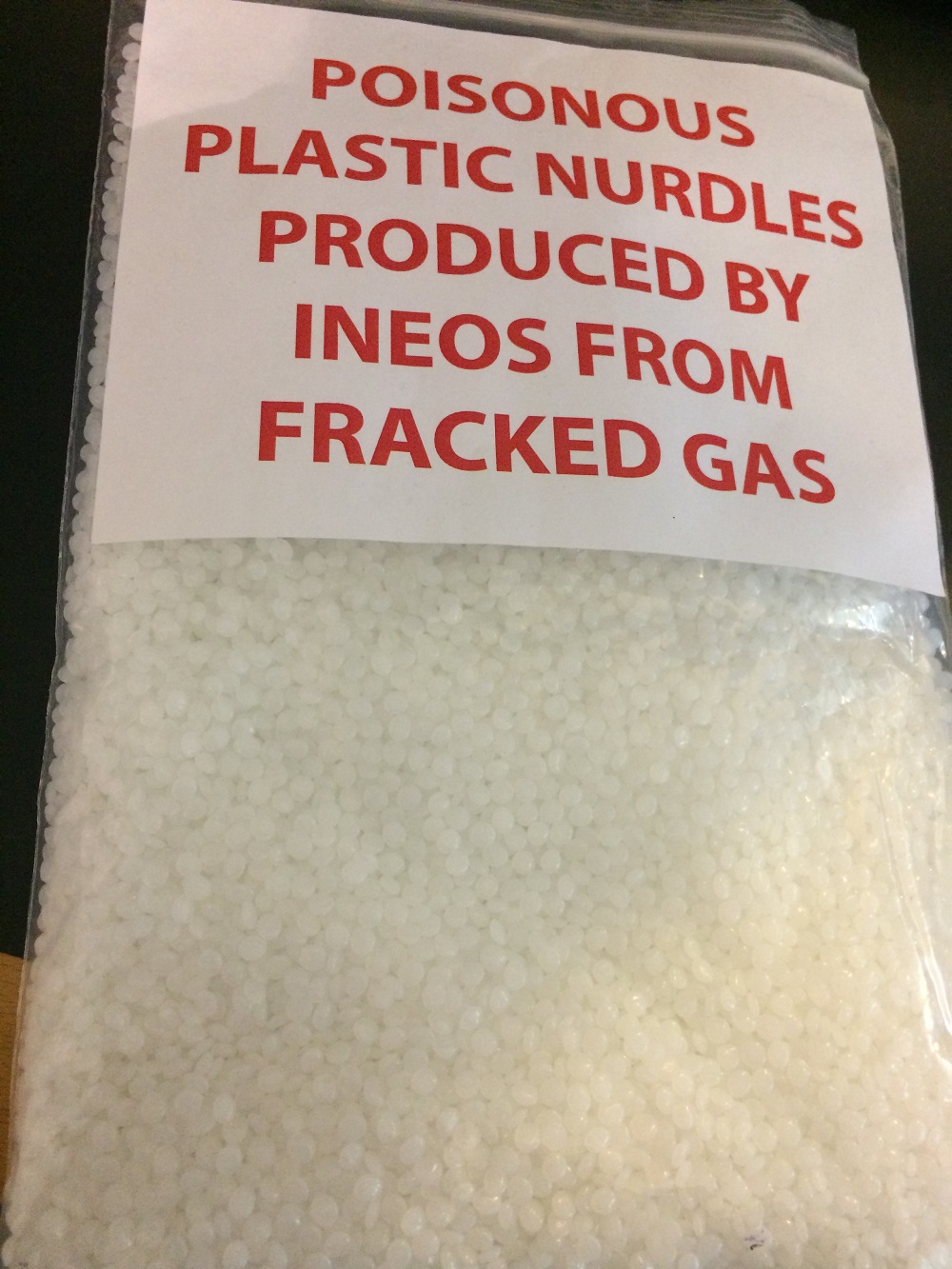 The dirtiest of industries

If you thought fracking was bad enough, then the implications of this dirty industry for plastics pollution make it a whole lot worse. And just to top it all off, one of the most notorious companies involved thinks it can greenwash its image by sport sponsorship. Sadly for INEOS, Corré has rumbled it.