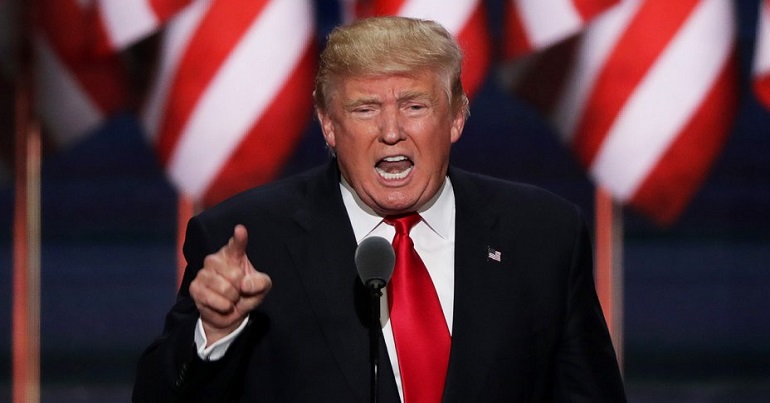 The tweets of US president Donald Trump, laden with hateful rhetoric against immigrants and minority groups, are leading to a rise in violence, according to a recent report from the University of Warwick. A horrific attack on an elderly man, meanwhile, has shown the resulting damage.

The annual report by the Department of Justice in California has indicated a sharp rise in hate crimes, including racist attacks. Overall, hate crimes in California are up by 17%. Those directed against Latinos, meanwhile, have increased by a staggering 52%. The figures indicate a year-on-year surge in hate crimes in the state since Trump came into office. This is even more startling when we compare it to previous years, where hate crimes had been declining.

The attack this week on a 92-year-old man in Los Angeles, California, by a woman wielding a brick summarises the climate of anti-immigrant sentiment whipped up by Trump’s hysterical tweets.

Rodolfo Rodríguez was set upon during his evening walk by a mother and five men, who beat the old man while reportedly yelling “go back to Mexico” in front of a four-year-old child. Police have since arrested the woman responsible.

Bruises cover the face of Rodolfo Rodriguez, 91, who says he was attacked by a group of people while going for a walk on the 4th of July.

A witness says a woman hit Rodriguez repeatedly in the head with a concrete block and said "go back to your country." https://t.co/8ivqwYysUh pic.twitter.com/opZwZEsaPq

Trump, like other right-wing politicians throughout history, understands the impact of whipping up anger and hatred through his emotionally charged anti-immigrant language. And a study by the University of Warwick has investigated the correlation between Trump’s tweets and hate crimes in the US.

The paper, entitled Making America Hate Again? Twitter and Hate Crime under Trump, found that the overall number of hate crimes in the US since Trump’s election have increased. More shockingly, the number of anti-Muslim hate crimes has increased substantially.

The months with the largest numbers of anti-Muslim attacks coincide with Trump’s campaign for a Muslim travel ban and his endorsement of torturing terror suspects during his presidential campaign. Trump has furiously promoted his campaigns through social media, and Twitter in particular.

The findings of the academic paper mirror the depressing statistics compiled by California’s Department of Justice. Shockingly, the latter reports that hate crimes against Latinos went up by around 52% in 2017. Antisemitic attacks, meanwhile, are up by 26.8%, and attacks on Muslims are up by 24.3%.

It’s not just the inflammatory use of language in Trump’s tweets that may be leading to this surge of violence. Commentators also blame the use of inaccurate information such as the numbers of people crossing the border and the dehumanising of ethnic groups.

The policy of misrepresenting facts also applies to distorting the impact of his policies, in particular the separation of children from their parents at the US border with Mexico.

Now, Trump is in the UK fanning the flames of hatred. On 13 July, for example, he claimed that Europe was ‘losing its culture’ because of immigration.

This weekend, however, the streets of Britain’s cities will be lined with hundreds of thousands of people who will be voicing their rejection of his hateful words and policies.

– Join the nationwide protests in the UK against Donald Trump.