Theresa May left alone and humiliated, as UK Parliament unites to send its own message to Donald Trump [VIDEO] - Canary Workers’ Co-op 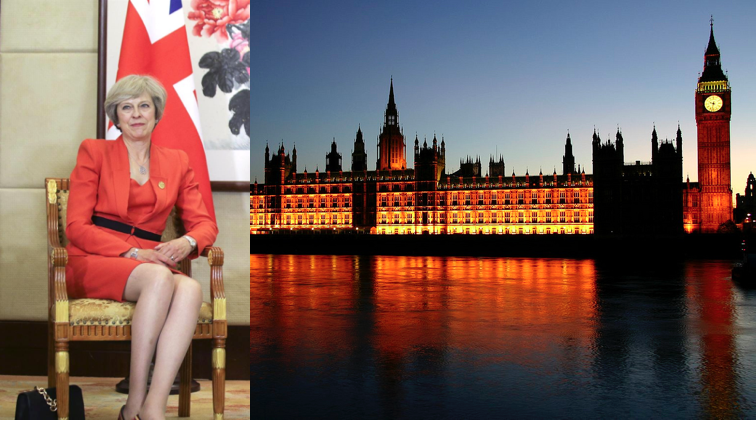 Theresa May and her government have been left humiliated after the UK parliament voted unanimously to oppose the Muslim ban of US President Donald Trump. The May government now finds itself alongside UKIP and fascist groups like Britain First as the only voices in Britain backing the ban.

Former Labour leader Ed Miliband and Conservative MP Nadhim Zahawi triggered an emergency debate in the House of Commons on 30 January. And the debate came at a critical moment. More than 1.5 million people have signed a petition demanding the cancellation of Trump’s state visit later this year. But resistance is happening offline too, with tens of thousands of people hitting the streets to protest the ban and Britain’s alliance with the US President.

The May government remains one of the few Western governments to fail to outright condemn the White House for the ban, saying only:

That this House has considered the matter of the need for repeal of President Trump’s discriminatory, divisive and counterproductive ban on entry to the United States for people from seven predominantly Muslim countries and the indefinite ban placed on Syrian refugees.

While Foreign Secretary Boris Johnson and several prominent members of the Conservative Party spoke out in favour of President Trump, there were fiery denunciations of the ban across the House.

Boris Johnson read a statement to the House, in which he stated:

Let me begin by saying this is not UK policy, it is not our policy, nor is it a measure that this government would consider. I’ve already made clear our anxiety about measures that discriminate on grounds of nationality in ways that are divisive and wrong.

But the statement fell short of condemning the ban outright, and attaching conditions to further transatlantic cooperation.

Shadow Foreign Secretary Emily Thornberry tore into the decision to back Trump.

Watch this: @EmilyThornberry challenges Boris Johnson and Theresa May on their response to Trump’s #MuslimBan. RT if you're with us ↓ pic.twitter.com/beOCRDCzwB

Thornberry was followed by veteran Labour MP Dennis Skinner, who did not mince his words either.

The leaders of the opposition parties were united in their condemnation of the ban, and of the May government’s decision to align itself so closely with the US President.

For those asking my view on US State visit: would be wrong for it to go ahead while bans on refugees & citizens of some countries in place.

No-one should be barred for who they are, where they are from or who they pray to. Liberals must keep calling out @realDonaldTrump

In a staggering victory, the motion passed unanimously in the House of Commons. The move leaves Theresa May and her government isolated.

Proud of fantastic #StandUpToTrump protests around country tonight–and thanks to those on the London one for being so welcoming.

Parliament has voted unanimously to oppose the ban. And 1.5 million people have signed a petition calling for the cancellation of Trump’s planned state visit to the UK. Furthermore, with just a day’s notice, massive protests filled UK cities on Monday night in opposition to the ban.

Hard to estimate, but about 1000 people here in Glasgow I'd say
Certainly biggest demo in this spot I've seen #MuslimBanprotest pic.twitter.com/dAUexiTSkH

Theresa May is not only isolated at home, but overseas too. Her colleagues in the international community were also strident in their opposition to the ban.

Canadian Prime Minister Justin Trudeau called on refugees and migrants to come to Canada instead.

To those fleeing persecution, terror & war, Canadians will welcome you, regardless of your faith. Diversity is our strength #WelcomeToCanada

German Chancellor Angela Merkel responded to the President directly, at a press conference on 30 January:

That way of thinking is against my interpretation of the basic tenets of international refugee support and cooperation.

I think we must respond… When he refuses the arrival of refugees, while Europe has done its duty, we have to respond.

There has been vigorous opposition to the Muslim travel ban within the United States too, with protesters filling airports in their thousands. And further opposition has come from the highest level of the legal system. US Attorney General Sally Yates refused to defend the ban, and told justice department lawyers to do the same.

I am responsible for ensuring that the positions we take in court remain consistent with this institution’s solemn obligation to always seek justice and stand for what is right.

President Trump fired her with immediate effect, replacing her with Dana Boente – who ordered compliance with the Executive Order. Boente will remain in post until Trump ally Jeff Sessions is confirmed as Attorney General.

Team Trump shows no sign of reversing the order, and the opposition inside and outside the US borders shows no sign of relenting either. Not just on this one order, but on the entire platform of the Trump presidency. It appears a fight has begun that will define our period in human history.

– Donate to the ACLU, who are supporting refugees and immigrants caught up in the Muslim ban.

– Write to your MP expressing your view.