The war on drugs has become a murderous state war on the poor, and the world has been completely blind [VIDEO] - Canary 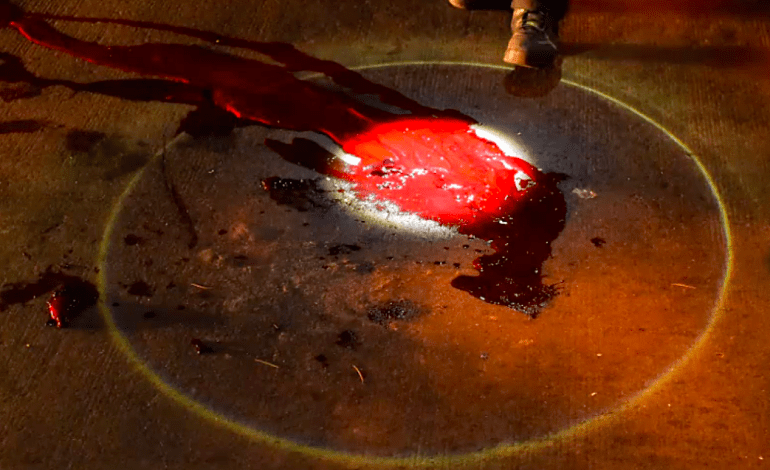 Human rights group Amnesty International has issued a gruesome and damning report on the Philippines’ drug war, which has turned into a murderous war on the poor. And the international community will have to intervene if the country’s president fails to.

“If you know of any addicts, go ahead and kill them yourself.”

There’s no ambiguity in the Philippines’ drug policy. President Rodrigo Duterte has declared a war on drugs, which has become much more than a metaphor.

From the moment Duterte became president, he urged Filipino citizens:

If you know of any addicts, go ahead and kill them yourself.

He also said that he’d “be happy to slaughter” all the country’s “drug addicts”.

These incitements have encouraged vigilante killings and given police incentives to kill those actively involved in buying or selling drugs, or who have done so in the past. Amnesty’s investigation has revealed the extent and systematic nature of these government enforced extrajudicial killings, which not only target drug users but the country’s poor.

“I don’t think it’s a war on drugs, it looks like a war on justice. They could have just arrested him, why did they gun him down?”

Police then alter the incident reports to claim the victims (unarmed) fired at them first. In some cases, the police planted drugs and weapons to use as evidence.

One victim, Gener Rondina, was an ex-drug user and pusher. According to his family, he left drugs but found it hard to separate from selling because of money still owed to him, as well as police corruption. When the authorities came into his home to arrest him, they claimed he fought them. But witnesses said he was kneeling and pleading for mercy:

The room is just [a couple meters] wide, [and] there were so many officers they couldn’t fit, some were on the stairs,

He was squeezed between cabinets beside him, the bed, the AC unit. His hands were raised, he couldn’t go anywhere. He was really frightened. I find it hard to accept he resisted arrest.

A witness said that, after they shot him, the police were “carrying him like a pig” out of the house, placing him near a sewer.

The dehumanisation of Rondina is a pattern that emerges among other testimonials in the report. And Tirana Hassan, Amnesty’s Crisis Response director, says it shows how the police see human life as cheap:

Covered in blood, they are casually dragged in front of horrified relatives, their heads grazing the ground before being dumped out in the open…

But this has also drawn another worrying conclusion:

The people killed are overwhelmingly drawn from the poorest sections of society and include children, one of them as young as eight years old.

Amnesty noted in a statement that the police have treated foreign meth gangs quite differently, making arrests without resorting to such lethal force. The poorest do not have the same protection or respect, hardening perceptions that this is a ‘war on the poor’.

“Police are paid per ‘encounter'”

But this is not simply a vendetta against drug users or the poor. Police receive incentives to kill and are paid per ‘encounter’ – a term that masks extrajudicial killings as legitimate operations:

It never happens that there’s a shootout and no one is killed.

The police have taken this further to make additional income. Funeral homes will pay for each dead body they send them. Witnesses also claim that police steal from the victims’ homes, including objects of sentimental value.

They will even contract out killings. Over 4,100 drug-related killings over the past six months are by unknown armed individuals “riding in tandem”.

This incentive is feared to have come straight from the top. Police chiefs have issued a circular to their forces laying out the administration’s drug plan to target ‘pushers’. And local officials have said that ‘watch lists’ should include past users.

The Amnesty report highlights the enforcement-led and hardline approach to drug users in general in the Philippines, instead of a health-focused solution to addiction.

Duterte’s own response to allegations of human rights abuses has been:

In the first place, I’d like to be frank with you: are they humans? What is your definition of a human being?

On Monday 30 January, however, Duterte reportedly claimed he would no longer focus on his war on drugs, and that police should root out corruption in their own ranks instead.

Amnesty has little hope this will end the deadly practices. Hassan said:

Even as the police have vowed to shut their operations down, President Duterte has pledged to continue his so-called ‘war on drugs’. These contradictory statements offer little hope that the wave of extrajudicial executions that has claimed more than a thousand lives a month will end,

The organisation says that if the Philippines fails to act, the international community should ask the International Criminal Court to investigate.

Police corruption was an issue even before Duterte’s administration. Given the size of the Philippines’ population, the police force is relatively small and under-resourced. But the sharp increase in extrajudicial executions over the past seven months since Duterte came in to power has not gone unnoticed, in line with his own murderous statements. The world must not turn a blind eye to this ongoing carnage.

– Support organisations like Amnesty International to continue the work they do.