Labour politician and Murdoch journalist caught plotting against Corbyn, in a conversation they hoped would stay secret - Canary 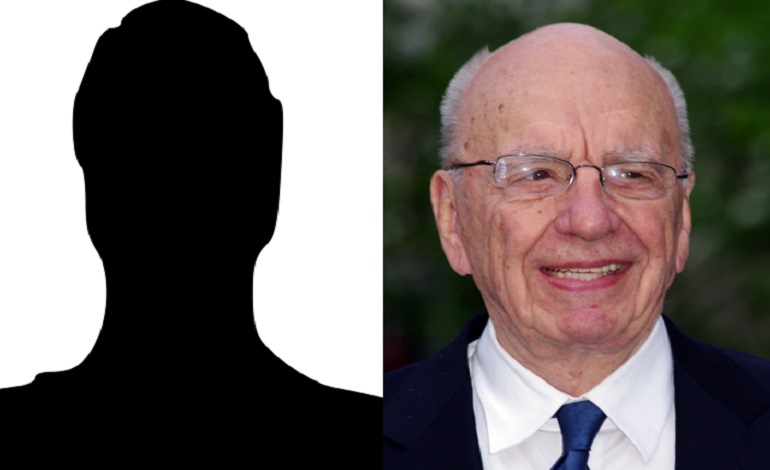 The Canary has seen details of an alleged conversation between a senior Labour politician and a journalist working for Rupert Murdoch. The content of it includes offensive and derogatory comments about Labour Party MPs, a national media outlet, party policies, and Jeremy Corbyn. They hoped the conversation would remain secret. And it did. Until now.

Alice Perry is a Labour councillor in Islington. She is Deputy Whip of the Local Government Association Labour Group, and the local government representative on Labour’s National Executive Committee (NEC), also sitting on the Organisational Committee and the Equalities Committee. She is also a member of Labour’s National Policy Forum.

On 28 September 2016, directly after Corbyn’s closing speech at the Labour Party conference, a conversation between Lyons and Perry took place on the crowded 4.47pm Liverpool Lime Street to London Euston train.

A passenger on that train – a senior figure within the Labour Party – passed details about the conversation to another senior Labour Party figure, who then informed The Canary. The Canary is not revealing the name of our source, but we have verified their identity and seen correspondence that backs up their claims.

Strangers on a train…?

Perry and Lyons’ conversation reportedly took swipes in every direction at the Labour Party. According to The Canary‘s source, the pair discussed:

After Lyons made various “abusive remarks” about Thornberry, Perry said she was “absolutely awful”. But that she had a bit of a “soft spot” for her because she had known her so long.

Perry said of the way Spellar controls the West Midlands: “It is fear and it is wonderful to see.”

Perry and Lyons were discussing Iain McNicol, Labour’s General Secretary. She told Lyons that the left of the party tried to “knife” McNicol, and give the job to “Alicia” (Kennedy). Lyons said he would include that in the forthcoming Sunday Times.

Murder on the Euston Express?

Perry and Lyons’ conversation also widened to NEC members and non-Labour figures. According to The Canary‘s source, they said:

Perry agreed with Lyons when he said Wolfson is “absolutely f*cking mad”.

Perry and Lyons repeatedly discussed Formby’s private education. Lyons said Formby must have been in “gymkhanas”. Perry told him the school’s website, where he could find out more. Also, Perry and Lyons discussed a disagreement she had with Formby at an NEC meeting over how Unite would vote on rule changes. Formby apparently told Perry that Unite was “unhappy” with these. Lyons said “like you give a f*ck”, and Perry agreed.

Perry said that conference delegates applauded images of Nelson Mandela and gay marriage. Which she called a “liberal niche issue”.

Snakes on a train…

According to The Canary’s source, Perry and Lyons also took aim at:

Perry said: “They take any shit I write for them.” She was also uncomplimentary of Guardian journalist Anushka Asthana.

Perry claimed that it was her idea to set the fee for registered supporters for the 2016 leadership election at £25. But she did not want Lyons to publish this information.

Hurray! @jeremycorbyn confirms that a Labour government will lift the HRA borrowing cap and thanks Councillors for the important work we do

But she told Lyons she actually thought the policy (relating to the Housing Revenue Account) wouldn’t get any attention. And she agreed with Lyons’ view that it meant “Loony Left councillors could borrow themselves into bankruptcy”.

Perry told Lyons she repeatedly tried to get Islington Council to fly the St George’s flag. But that the Council avoided doing it. Lyons asked her if she would supply emails about this so he could run a “loony left council won’t fly the flag” story. He said he’d make sure Perry looked good. She did not dismiss the idea, but was worried about being exposed as the source.

Perry thought Corbyn’s approach to the EU referendum failed because of “unbelievable incompetence”.

Perry reportedly described the Shadow Cabinet as being “just like a nursery for middle class kids”.

Perry openly shared details with Lyons of NEC meetings and conversations that had taken place.

Perry reportedly agreed when Lyons said that Watson’s address to conference was the real “leader’s speech”.

Perry’s conduct is a disgrace. Serious allegations about the conduct of a senior Labour figure have been dismissed, which lowers the bar on the conduct expected within the party. Ordinary members were expelled and purged for less.

The Canary approached Lyons, McNicol, and Perry for comment.

A malicious complaint was made against me to the Labour Party on the basis [of] an inaccurate account of a private conservation. These allegations were bizarre and false. This complaint was thrown out by the party and any suggestion that I brought Labour into disrepute is clearly defamatory. These are malicious, false claims that are not even worthy of the term ‘fake news’.

But neither Lyons or McNicol had responded to The Canary’s requests at time of publication.

From Islington with love

The leaked conversation shines a light on the nature of the relationships between senior Labour Party sources and the mainstream media. On 26 June 2016, Lyons penned an article [paywall] in The Sunday Times on the ‘Chicken Coup’. It stated that, while nine Shadow Ministers had already resigned, “more revolters” were waiting to quit. Lyons said [paywall]:

A shadow cabinet source claimed: ‘Corbyn will be out by the end of the week.’ However, another senior Labour source predicted that the coup would fail because Corbyn will dig in and refuse to go, even if shadow ministers start resigning. It was said that any attempt by him to cling on will ‘destroy’ the party… As anticipated by The Sunday Times last night, Heidi Alexander, the shadow health minister, became the first member of Mr Corbyn’s top team to quit…

Andrew Murray, a communist trade union chief, is among close supporters of Jeremy Corbyn who are accused of plotting a ‘Stalinist purge’ of Labour Party staff that moderates fear could lead to him running the party.

‘They agreed to use the party’s new-found wealth to pay off staff they want to remove from HQ after JC’s second victory, including the rest of Iain’s office and the compliance unit,’ a shadow cabinet source said. ‘Talk was that redundancy packages could be up to a year’s salary to get key figures out the door.’

A second Labour source added: ‘Whatever it takes they are just going to pay all these people off and get their own people in. It’s a Stalinist purge.’

End of the line…?

The reported conversation shines a light on the relationship between the anti-Corbyn element of the Labour Party and the mainstream media. And it makes sense of much of the hyperbolic briefings strewn across their pages. Meanwhile, pro-Corbyn Labour members were suspended from the party for far less traitorous acts.