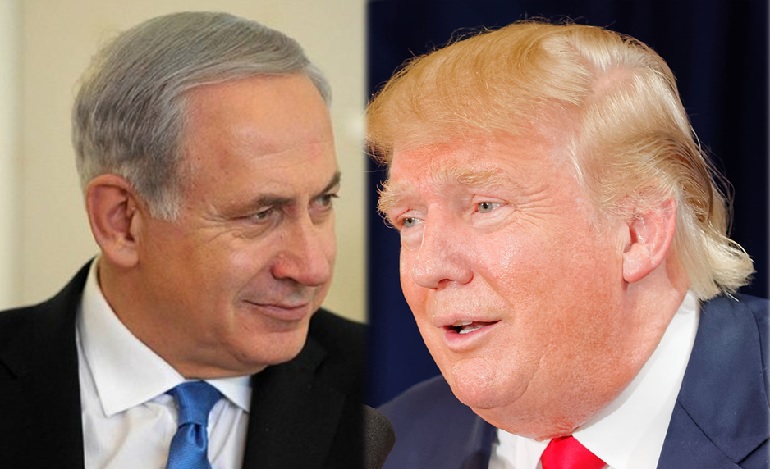 Israeli Prime Minister Benjamin Netanyahu and US President Donald Trump are like two peas in a pod. On the issue of immigration, at least. Both want to keep certain people out of their countries. And both think building walls will help to solve their problems. This was most apparent on 28 January, when Netanyahu tweeted:

On 26 January, Trump said: “A wall protects… All you have to do is ask Israel. They were having a total disaster coming across and they had a wall. It’s 99.9 percent stoppage.” There was initially some doubt about which wall Trump was referring to. Mainly because Israel has physical barriers on its borders with Egypt, Lebanon, the Gaza Strip, the West Bank, and Jordan. But Netanyahu soon stressed that the wall Trump was praising was the one on Israel’s border with Egypt.

Many commentators saw Netanyahu’s tweet as an endorsement of Trump’s planned wall on the US border with Mexico. Accordingly, Mexican Foreign Minister Luis Videgaray suggested the comment was “an act of aggression”. And he asked Israel to “correct Netanyahu’s statement”. The foreign ministry, meanwhile, expressed its “profound astonishment, rejection and disappointment” over the tweet.

At the same time, Mexico’s 50,000-strong Jewish community insisted that it “strongly rejected his [Netanyahu’s] position”. Some Mexican Jews also responded by cancelling donations to Keren Hayesod (an international fundraising arm of the Zionist movement).

Israel quickly backtracked in the wake of this outrage. A foreign ministry spokesman insisted: “We do not express a position on U.S.-Mexico relations”. And on 30 January, Netanyahu himself denied expressing support for Trump’s wall, stressing that he was simply responding to Trump’s praise for Israel’s fortified border with Egypt. He also took a page from Trump’s playbook, claiming the media had manufactured “a flood of fake news”. He said: “The media is left-wing, mobilized on a Bolshevik hunt [against me], [dedicated to] brainwashing, and character assassination against me and my family.”

Here, he may have been referring in part to the fact that Israeli authorities are currently conducting two criminal investigations into his affairs. And that a recent poll suggests most Israelis believe he’s guilty.

The budding relationship between Trump and Netanyahu

Israel’s oldest daily newspaper Haaretz has previously run headlines like Trump’s and Netanyahu’s Voters Spurn Similar Beliefs and Why Benjamin Netanyahu Is a Slick Version of Donald Trump. And Jewish commentator Richard Silverstein has written about how Trump and Netanyahu’s movements are both “steeped in ethnic supremacy, ultra-nationalism”.

Former US ambassador to Israel Dan Shapiro, meanwhile, believes the two leaders are already scratching each other’s backs. He tweeted: “Hard to explain this intervention on a hotly debated issue in domestic US politics. Unless… this endorsement is Trump’s demand of Netanyahu for something Netanyahu wants.” What might the Israeli leader want in return, he asked? “Canceling the Iran deal? Moving the US Embassy to Jerusalem? Supporting building in settlement blocs?” His conclusion:

To me, it looks like Trump is already squeezing Netanyahu hard.

Netanyahu will meet with Trump on 15 February.

The fence on Israel’s border with Egypt sought to hinder the movement of African asylum seekers. And it did its job. Only a dozen or so people crossed the border in 2016. Netanyahu has previously called asylum seekers “infiltrators” who could threaten Israel’s identity as a Jewish state. As a result, most of Israel’s 45,000 African asylum seekers have not received refugee status. From 2009 to 2013, for example, Israel granted only 0.15% of asylum claims, far fewer than other developed countries.

But as Dan Shapiro tweeted:

Israel’s challenges with Sinai border not similar to US border. Their solution… works for them, would not for us.

If Trump is a fan of walls, though, it’s no surprise that he’s looked to Israel for guidance.

In 2016, Al-Jazeera described how “the construction of new expensive barrier walls is very much in fashion”. And in no place more so than in Israel. Covering the construction of a new barrier along Israel’s southern border with Jordan, the outlet quoted Netanyahu as saying:

In the state of Israel as I see it, there’ll be a fence around all of it. We’re surrounded by predators and we need to protect ourselves.

Walls are not the solution

Walls are not a long-term solution to complicated issues. Israel’s best-known barrier, for instance, is the “separation barrier” around the West Bank. Its construction began in 2002, at the height of the Second Intifada (a key Palestinian uprising). And most of the barrier ended up inside the West Bank. The International Court of Justice soon stated that this was illegal. Many Palestinians, meanwhile, see it as an “apartheid” wall.

One December 2015 video from AJ+ speaks of how the West Bank barrier has destroyed neighbourhoods, strangled the economy, and facilitated illegal land grabs. At the same time, Al Jazeera’s Walls of Shame series looks at both the West Bank barrier and the US-Mexican border wall. “When diplomacy and conciliation fail”, the series insists, “this is the alternative”. And wherever the barriers lie, it says, “the intention is the same: to redefine human relations into ‘us’ and ‘them'”.

Another similarity between the West Bank and Mexican border walls is that tens of thousands of Palestinian workers without permits still manage to cross over into Israel in spite of the barrier. This is largely because of the demand on the other side of the barrier for construction, agriculture, or service workers; and because of unemployment and low wages in the Palestinian territories.

This echoes the situation of Mexican and other Latin American workers in the US. In Israel, authorities tend to accept that illegal workers are part of the economy. In the US, meanwhile, work attracts hundreds of thousands of illegal migrants every year. And Al-Jazeera explains how American walls have simply “re-routed human traffic into remote desert areas where people risk their lives in deadly conditions”.

“We build too many walls and not enough bridges.” – Isaac Newton

And while 2017 Trump might take that comment back, 2013 Trump was right. Walls may make it more difficult for people to flee their countries in search of a better life. But they don’t solve the problems that make these people flee in the first place. They don’t provide jobs or stop wars. They just put off finding a real solution until a later date.

Rather than waiting until tomorrow, how about building bridges now?