G4S lobbied the BBC to drop a damning documentary and it worked, says film-maker [VIDEO] - The Canary 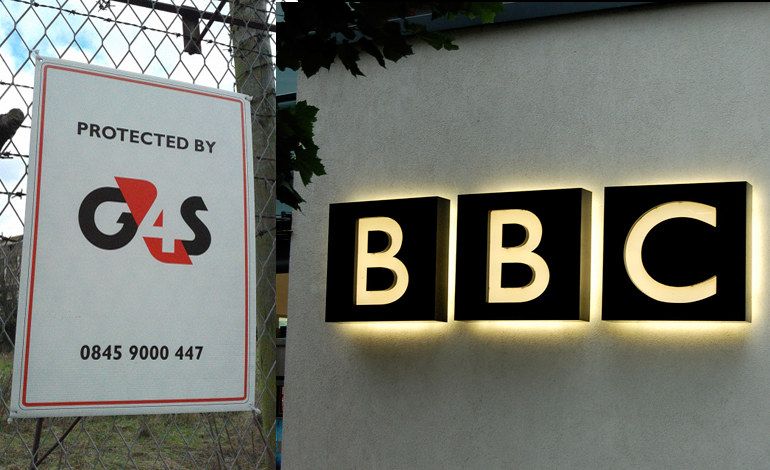 The producer of a new short film that uses first-hand accounts of shockingly poor conditions in accommodation provided to asylum seekers by security firm G4S claims that the BBC chose not to use his clips because it wanted to prioritise G4S’s testimony.

The Asylum Market features first-hand testimonies from asylum seekers who have been housed in G4S properties under the ‘dispersal’ scheme. G4S, Serco, and Clearsprings Ready Homes are the contractors responsible for providing the accommodation.

The film’s producer, Mark Donne, was due to appear on the BBC‘s Victoria Derbyshire show on 31 January. The BBC later pulled his appearance and excerpts from the film. The BBC insists that this was due to timing issues. The show’s editor, Louisa Compton, told The Canary:

We simply didn’t have enough room for Mark Donne as well as those other guests and chose to speak to people who were directly affected by the story rather than another journalist who has made a documentary about it.

Donne, however, claims that two producers from the show told him that The Asylum Market‘s segment was cut at the behest of G4S:

The show’s broadcast included interviews with representatives from G4S, Yvette Cooper, and an asylum seeker. Donne argues that leaving out his documentary means failing to represent allegations that G4S staff threaten to reject claims for asylum if they receive complaints:

The documentary couldn’t be more timely. A Home Affairs Select Committee (HASC) report released on 31 January brands conditions in the accommodation being provided to asylum seekers a “disgrace”. Findings include filthy rooms and insect and rodent infestations. The stories told in The Asylum Market speak of much the same.

‘Bahar’, a woman escaping political persecution in Iran, says she was offered a dirty property with a leaking washing machine and bug-filled fridge. When she refused to sign the tenancy, she was told:

If you didn’t sign, I’ll kick you out and you shall sleep in the street, you and your children.

Another asylum seeker from Iran, ‘Mehdi’, describes his experience of 20 people living in one house where two of the three bathrooms don’t work. The ceiling has a big hole and leaks rain into his bedroom, and he hears mice running around at night. Mehdi says:

You really feel like you’re not living… when I came to this country, it’s like I came to a big prison.

Neither G4S nor Serco has any prior experience of providing accommodation services to asylum seekers. As Dr Jonathan Darling from the University of Manchester says, the experience they do have is:

From deportation flights, detention centres and so on. Their experience of actually engaging with asylum seekers was very different from the context of what is effectively provision of housing in a kind of care context.

Serco is the security firm whose guards have been filmed abusing detainees in Yarl’s Wood. G4S staff were responsible for abuses carried out towards young offenders in a secure training facility.

G4S claims there are several inaccuracies in the documentary. And speaking on the Victoria Derbyshire show, G4S Managing Director John Whitwam responds to accusations of poor conditions:

Every time there is an issue, be it a bed bug, a need for additional bedding or something more serious such as a blocked drain, we address them.

But others might disagree. Support worker Violet Dickenson describes how she worked with a woman in Doncaster who was placed in bed and breakfast accommodation with her newborn baby. The woman had to use the bathroom basin to bathe her baby and wash her kitchen utensils. She also could not open the window and the heating was always on, leading to the baby becoming dehydrated. Dickenson explains:

We had to put up a big fight with G4S to remove this woman. The only way we did that was by threatening G4S saying we were going to the Children’s Society about child abuse, and they eventually did move her to a decent place.

A woman quoted in the HASC report, meanwhile, describes how she has been told twice that pest control will be sent to deal with the rat problem in her home – but they never have.

A legacy of failure

Whatever the reason Donne’s film wasn’t featured on the BBC, it clearly presents a narrative that needs to be heard. Asylum seekers escape from hellish conditions and travel long, perilous journeys to find safety in the UK. It is a tragedy that we offer unhygienic, unstable and unsuitable accommodation, and a lack of compassion when they arrive.

But it would be pointless to expect more from the companies that have brought us abuse after abuse and failure after failure in previous contracts. The Asylum Market is a necessary reminder that our government continues to offer contracts with big impact on people’s lives to firms that have shown little respect for them. You can watch it here (available for 48 hours):

The Asylum Market from Brass Moustache Films on Vimeo.