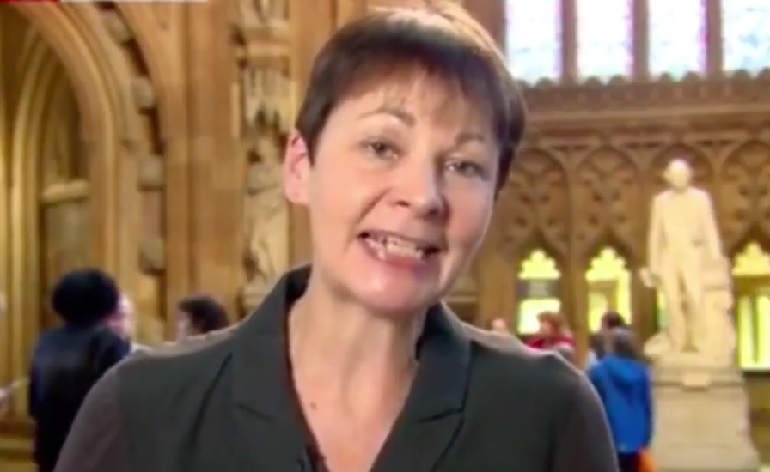 On 30 January, the UK parliament stood up to condemn Donald Trump’s ban on people from a number of Muslim-majority countries. Green Party co-leader Caroline Lucas was one MP who made her stance very clear. And in doing so, she denounced Prime Minister Theresa May’s “inexcusable” silence.

Standing up to bigotry

On 31 January, Lucas penned an article in The Independent in which she slammed the government’s “weekend of shame”. She criticised Theresa May’s government for taking “a stunning 38 hours to publicly condemn Trump’s executive order”. And she said:

With reports emerging that she knew a refugee ban was being announced, May’s silence is utterly inexcusable.

Lucas had made her own opinion on the ban clear a day before on live TV. When the BBC asked her if Trump’s lack of governmental experience could explain his actions, she said:

No, these are the actions of a racist bigot and we have to stand up to bullies and that is what the UK should be doing.

Is the government that desperate for a close relationship with Trump?

In her article, Lucas explained that she understood the importance of the UK having a positive relationship with the US. But she insisted that:

no relationship should be based on such a desperate desire from one party for friendship that complicity with the immoral actions of the other are overlooked.

“Looking the other way,” she said, “is no longer an option.”

The Prime Minister’s approach to international affairs is becoming increasingly clear: she wants to cosy up to the US, sell arms to despotic regimes, and cast us away from Europe.

Do we have to be silent in the face of oppression to keep our place in the queue for trade deals?

Sharing Lucas’s article, the Green Party itself was even more explicit, saying:

It’s a sad day when we can’t count on our own Prime Minister to stand up to fascism.

What Lucas said about Trump was much closer to the truth than a meaningless insult. The US President already had the support of white supremacists like the Ku Klux Klan before November’s elections. And since his victory, alleged supporters have engaged in numerous acts of racism and misogyny. They have also bestowed Nazi-style salutes upon their new leader. It seems very clear that Trump is on the wrong side of history.

Speaking about potential trade deals with the likes of Trump that could “damage our environment and public services”, Lucas insisted in her article that:

And we should remember, as she said, that:

our response to [Trump’s] bigotry will define our nation in the world’s eyes and it’s down to all of us to make sure the Prime Minister doesn’t let us down again.

In short, people didn’t vote for the Conservative Party so it could appease the far right and throw all ethical standards out of the window. If we want the government to represent our views, we need to stand up and resist injustice constantly. And that resistance begins when we start being honest about the worrying changes we’re facing.

– See more from Caroline Lucas at The Canary.