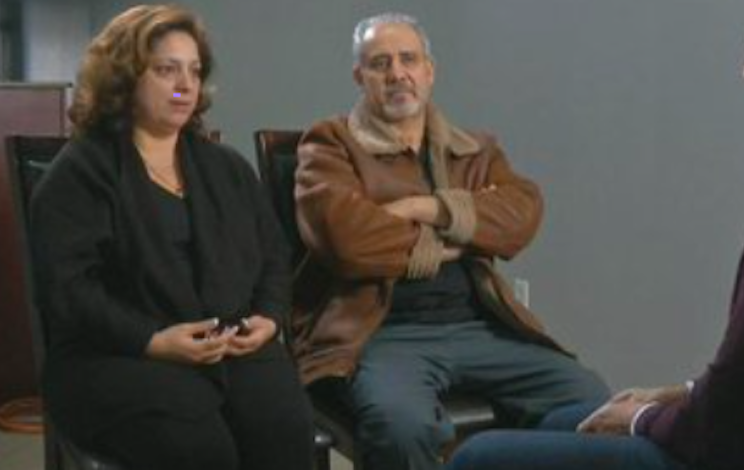 A Syrian-American family – which actually voted for Donald Trump – has now faced the sharp end of one of the US President’s most controversial executive orders. The couple, who’ve lived in the US for 20 years, are now witnessing their relatives being sent back to Syria.

Sarmad and Ghassan Assali live in Pennsylvania. Still with family in Syria, Sarmad’s two brothers and their wives and children received visas in December 2016 after a long-standing immigration attempt. And after the Assalis prepared a new home for their relatives, they arrived at Philadelphia International Airport on Saturday 29 January.

But the family didn’t get the welcome they’d hoped for.

Two security guards were ready and waiting for the family and asked them on landing:

Are you Syrians? Come with us.

They detained the family immediately and then promptly sent them back on a flight to Damascus a couple of hours after Trump signed the executive order that restricted travel from seven Muslim-majority countries. This restriction, which many are calling a ‘Muslim ban’, targets countries like Syria which are not key US allies in the Middle East. But the Assali family are actually Orthodox Christians. They also had proof of green cards. And the next day, White House Chief of Staff Reince Priebus announced that Trump’s order would not apply to anyone with a green card.

Trump’s blanket ban has had a very individual human impact. One of the sons of the deported, Tawfiq Ali, had been waiting three years to see his mother in America. And the family sold everything in order to prepare for their trip. Supporters have now started a crowdfunding campaign to help pay for the visas.

Jonathan Gode, an attorney involved in the case helping the Assalis, said:

This poor family sold everything and used those funds for this trip and now that’s gone… If they ever make it here they will be coming with not a penny to their names.

To rub salt into the wound, the Assalis had actually voted for Trump to become President. A decision they may now be regretting.

America is not America. Like ISIS now, they ask, ‘Are you Christian? What do you believe?’ And if they are not saying what they believe, they kick you out and they cut your head off. So America, same thing. They ask you are you Muslim? You’ve got to change your religion.

And Sarmad asked the man she helped put in the White House:

Why? Where is your human side to send somebody to a war zone?

Trump’s ‘Muslim ban’ has caused outrage throughout the world, and millions have protested across major cities.

The Trump Administration claims the executive order is in the interest of national security. Others disagree, and claim it’s a populist gesture that will fuel the fans of hatred and propaganda that terrorist groups thrive on. And one former senior State Department official has explained exactly how destructive and counterproductive the ban will prove to be.

Airport officials have detained over a hundred people since Trump signed the orders, affecting mostly people trying to reunite with their families, but also an ex-US army interpreter and a five year-old.

As the case of the Assalis shows, the irrationality and divisiveness of Trump’s administration are even starting to ring true for some of Trump’s own supporters. Yet again, the following quote attributed to Hitler critic Martin Niemöller seems appropriate:

Americans can resist the Trump Administration’s wave of attacks on minority groups. They have the power to do so. But they must stand up together, regardless of ethnicity, religion, or political affiliation. For if they ignore the plight of others just because they’re different, few will remain to have their backs when they find themselves under attack.

– Check out the crowdfunding campaign to help the Assalis return.