While Trump steals the headlines, the media sweeps one crisis swiftly under the carpet - Canary 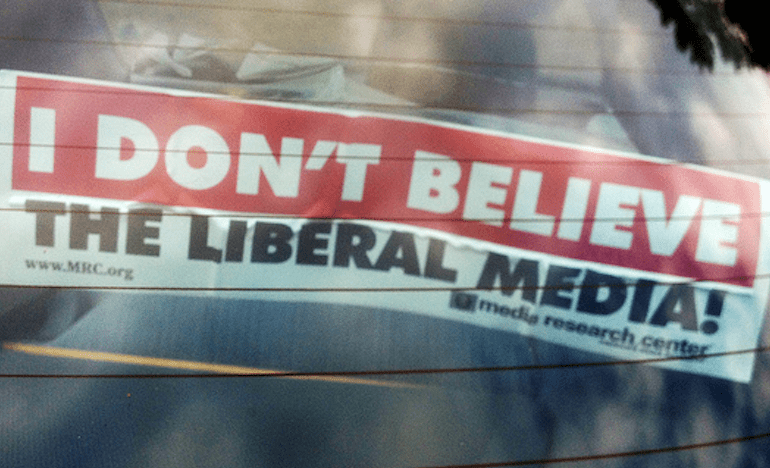 The debate on climate change can be pretty polarised at times with the sceptics and environmentalists dominating the two main camps. So it’s probably the media’s job to maintain the balance. But Media Lens (ML), a critic of the mainstream media, argues that there is no balance in either the portrayal of the crisis or its solutions.

Let’s have a look at what it says.

How real is climate change?

The baseline consensus, of course, is that it is real. But there are still some that refuse to acknowledge this. And the extent of the climate crisis has never really been acknowledged.

ML makes the point that we are facing the Earth’s sixth mass extinction in four-and-a-half billion years of geological history. And it is the only one that humans themselves will have caused. It is also arguably accelerating, as the Bulletin of the Atomic Scientists moved its symbolic Doomsday Clock forward thirty seconds towards apocalypse.

In addition, studies have reported ‘extraordinarily hot’ Arctic conditions that “could trigger uncontrollable climate change at global level”. Global warming could raise global sea levels to heights that may wipe out coastal cities and settlements.

And some even think we are at a point of no return.

Politicians didn’t get the memo

The international commitment is to keep global warming below 2°C, which is still dangerous enough to threaten some life on Earth. This may be too ambitious. The climate may now be so sensitive to greenhouse gasses that we could be looking at a 7°C temperature lift within a human lifespan.

The reports are sobering. But that hasn’t made an impact on a UK government that buried an alarming report on climate change. ML says:

At a time of manufactured fear by ‘mainstream’ media about ‘fake news’ and ‘post-truth’ politics, how divorced from reality is the government when it would rather ignore such an important report, far less address seriously the urgent truth of climate chaos?

It’s perhaps apt that it’s Donald Trump’s outrageous policy initiatives consuming the media. Thus detracting from other ludicrous things going on with his administration. The environment isn’t getting off scot-free from Trump’s rampage, for example. He has appointed oil and coal men to senior positions. Men like Rex Tillerson, former ExxonMobil chairman and CEO, and now US Secretary of State.

But that’s not to say Obama’s legacy was something to write home about. Leading climate scientist Jim Hanson said that Obama uttered the right words, but missed the boat:

When he had control of both houses of Congress and a 70 percent approval rating, he could have done something strong on climate in the first term – but he would have had to be a different personality than he is. He would have to have taken the FDR [Franklin D Roosevelt] approach of explaining things to the American public with his “fireside chats,” and he would have had to work with Congress, which he didn’t do.

But the media never told us that

Along with Obama’s missed opportunity, ML believes the media falsely lauded Obama’s legacy. The Guardian went as far as to say he had made America a world leader on climate change.

But if we don’t have an actual understanding of the extent of climate change, how can we get a balanced assessment of how it’s being tackled? ML says that media outlets do OK on the science. But they don’t tackle the “serious and radical measures” needed. This includes an in-depth look at how corporations and co-opted governments muffle progress on climate change. Or what we can do about it.

The silence is deafening on the threat of climate change. National security threats dominate the media, distorting where the real priorities lie. When politics, big business, and media all interlink, we need to work extra hard to bring out the facts. And the need has never been more urgent.

– Play your part in the ongoing media revolution by reading and supporting new media organisations that do better.