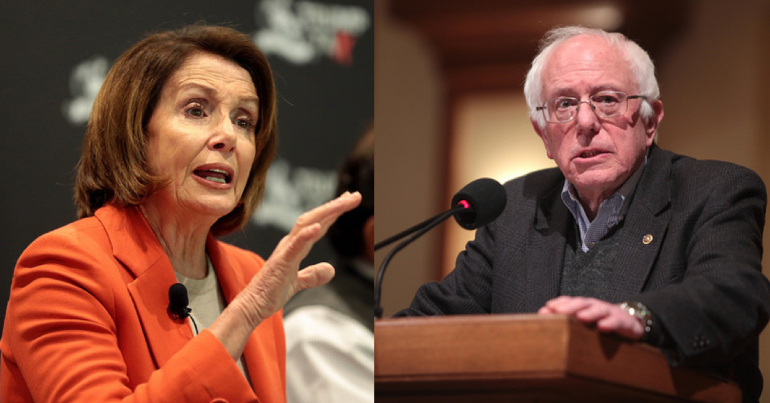 Establishment Democrats in the US, like those who currently lead the party in congress, have long posed as champions of the decades-long struggle to implement universal healthcare coverage. But the progressive wing of the party has always expressed doubt about their sincerity. And now, it seems that skepticism has been confirmed. Because a leaked document from an aide to the most senior Democrat in congress shows that the establishment wing of the party has plans to derail the drive for universal coverage.

In cahoots with private health industry?

On 5 February, the Intercept broke a story that an advisor to House of Representatives speaker Nancy Pelosi had met with executives of a private healthcare company. The story claims the aide, Wendell Primus, offered them assurances that the Democratic Party leadership would not pursue a universal healthcare coverage program. The Intercept had obtained a slideshow that Primus had shown to Blue Cross Blue Shield personnel that detailed the Democratic leadership’s objections to the proposal – known as ‘Medicare-for-all’ or ‘single-payer healthcare’.

Pelosi, who was elected speaker following the Democratic victory in House elections last November, has long claimed that she supports universal healthcare in principle. She has claimed, however, that such a system is not viable given the inherited legacy of the private insurance system.

But Primus’s leaked slideshow shows that this may not be the real reason for her opposition. Rather, it suggests that she opposes it because private insurance companies have their hand in her pocket. Indeed, one of the bullet points of the slideshow all but spells this out. It states that the Democratic leadership plans not to pursue the idea because “stakeholders are against” it. In other words, opposition from the insurance companies counts as a good reason to oppose universal care.

But we should not be surprised. Because data from OpenSecrets, which publishes information about campaign contributions made to members of congress, shows that “health professionals” provided her with the second largest amount of funds in 2017 and 2018.

Only genuine progressives like Bernie Sanders – who raised campaign money overwhelmingly from individual contributors rather than corporations – can be relied on for genuine reform. They are untainted by corporate money, and therefore unburdened by the dodgy deals behind it.

It’s time for true progressives to take the reins of the Democratic Party. Because those in charge at the moment simply can’t be trusted.