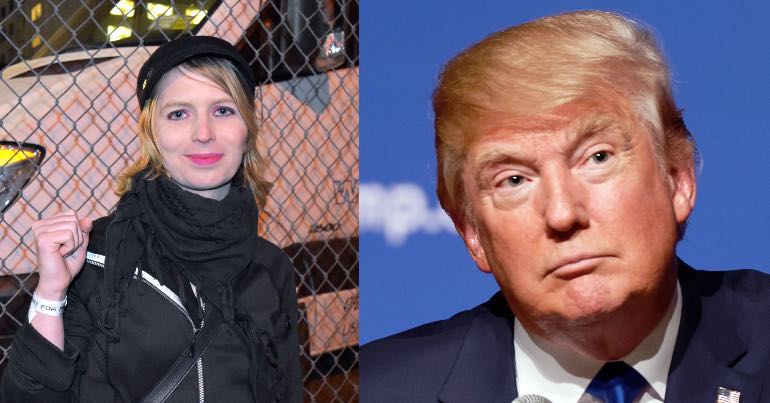 On 9 May, Chelsea Manning was released from Alexandria Detention Center after spending 62 days in prison. But the Trump administration’s war on whistleblowers is far from over.

Manning was released after her grand jury term expired. The former US intelligence analyst turned whistleblower had been jailed for refusing to comply with a subpoena concerning a WikiLeaks case in March.

But prior to her release, Manning was served with another subpoena and will have to appear before a separate grand jury on 16 May. She can now be re-arrested for refusing to answer the same questions.

According to a statement from Manning’s legal team:

It is therefore conceivable that she will once again be held in contempt of court, and be returned to the custody of the Alexandria Detention Center, possibly as soon as next Thursday, May 16.

Chelsea will continue to refuse to answer questions, and will use every available legal defense to prove to District Judge Trenga that she has just cause for her refusal to give testimony.

It is widely understood that the continued persecution of Manning is linked to US efforts to build a case against WikiLeaks founder Julian Assange.

While Donald Trump famously declared “I love Wikileaks” during the 2016 presidential campaign (largely because the leaks regarding the Democratic Party favoured him at that point), his administration has nonetheless continued a war on whistleblowers initiated by former president Barack Obama.

The same day that Manning was released, for example, a former National Security Agency (NSA) employee – Daniel Hale – was charged with leaking classified documents. Although unnamed within the documents, it is understood that Hale leaked documents on drone warfare to Intercept co-founder Jeremy Scahill. Hale now faces a maximum of 50 years in prison.

The leaked documents in question exposed Obama’s drone warfare programme, which was:

used by the military and the CIA to hunt down and kill the people his administration [had] deemed — through secretive processes, without indictment or trial — worthy of execution.

In another article, Scahill quotes his alleged source:

The source said he decided to provide these documents to The Intercept because he believes the public has a right to understand the process by which people are placed on kill lists and ultimately assassinated on orders from the highest echelons of the U.S. government.

The case raises serious questions about the Intercept‘s protection of its sources. Documents released by the Department of Justice suggest that Hale and the journalist in question communicated by phone and text. Hale’s attorney, Jesselyn Radack, claimed the case represented:

The Intercept, which was bankrolled by billionaire Ebay founder Pierre Omidyar, has also come under fire for its reported privatisation of the Snowden files.

The main issue at stake, however, is the US government’s continued persecution of whistleblowers.

As with past significant leaks, information about Washington’s drone assassination programme is firmly within the public interest. Rather than threatening national security, these leaks seem more likely to threaten political humiliation.

Moreover, the legal precedent set by the extradition request for Assange – centring around source protection – could now be applied in cases like that of Hale.

The persecution of Hale, Manning, and Assange seems designed to intimidate potential future whistleblowers into remaining silent. This poses a significant threat to the public’s right to know, and must be resisted worldwide.