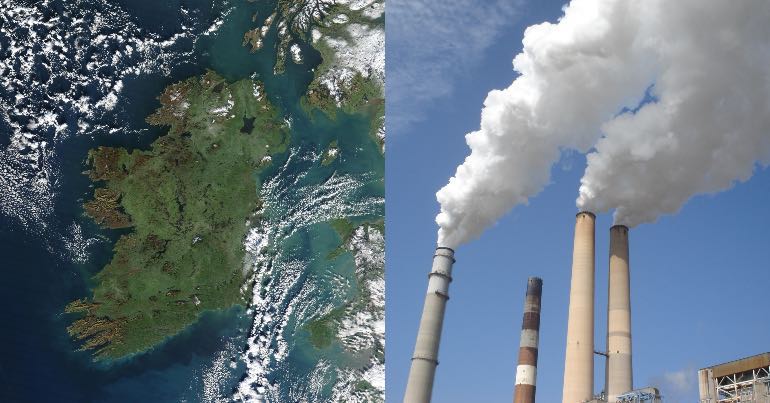 The Irish parliament has declared a “climate and biodiversity emergency”, making Ireland only the second country in the world to do so.

The move came on 9 May as Irish members of parliament debated a recently finished report on climate change. The Report of the Joint Committee on Climate Action lays out how the climate catastrophe will affect Ireland. But it also puts forward solutions and steps for the Irish government and people to take. This includes the introduction of “carbon budgets”, education about climate change, and developing Ireland’s potential for renewable energy generation.

The members of parliament originally planned to debate the report and vote on amendments in the coming week. However, those involved decided to accept the amendments without a vote, thereby allowing the announcement. This stated that the Irish government “declares a climate and biodiversity emergency”.

Timothy Dooley of Fianna Fáil, who put forward the amendment, accused the Fine Gael government of doing nothing about climate change. He said:

We must recognise, however, that declaring an emergency does not paint the full picture. This report is before us because the Government has knowingly and repeatedly failed to put in place a proper climate strategy and to implement policies that would see Ireland’s pollution emissions reduce.

As a result of this, Ireland will fail to meet its EU 2020 targets for renewable energy. Dooley also highlighted Ireland’s similar lack of action around its loss of biodiversity. He argued that it was an “existential threat”, with the response to it being “lacking”.

Many people have welcomed the move, including the chair of the climate change report committee Hildegarde Naughton. She said it was “good news” that there was now “cross party support in declaring a climate and biodiversity emergency”. Leader of the Irish Green Party Eamonn Ryan, meanwhile, argued that:

Now we’ve declared a climate and biodiversity emergency it’s time to act. We must stop issuing oil & gas exploration licenses and the extraction of peat.

The pronouncement made history, as Ireland is only the second country in the world to make such a declaration. The UK was the first country to do so when it declared a climate emergency on 1 May.