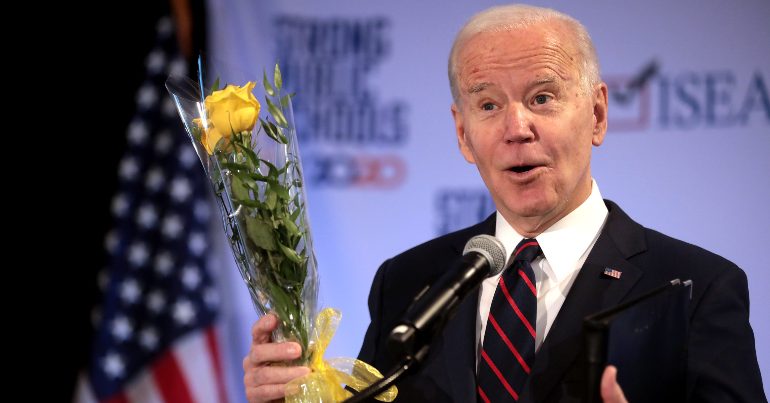 Trigger Warning: this article discusses allegations of sexual assault that some readers may find disturbing.

New developments about sexual assault allegations against presumptive Democratic Party presidential nominee Joe Biden hit the headlines last week. And the response from senior figures within his party has been revealing. By reflexively defending Biden (and thereby tacitly implying his accuser is lying), they have perfectly demonstrated the Democratic establishment’s shameless hypocrisy and tribalism. Worse still, this has gifted Trump and his supporters, allowing them to argue that different standards are being applied to Biden than those that have been applied to them. And sadly, they have a point.

A credible claim met with a flat denial

In April 2019, Tara Reade claimed that Joe Biden had engaged in inappropriate touching while she was working at his congressional office in Washington. In March 2020, she said that on another occasion Biden had pinned her up against a wall and digitally penetrated her. Since then, several pieces of corroborative evidence have emerged that appear to support her account.

At least four people so far have backed up some aspects of what Reade says happened. And in late April, a video emerged showing someone believed to be Reade’s mother phoning in to Larry King Live to discuss an incident in 1993, the very year the attack allegedly took place. But on 1 May, Biden flatly denied the charges during a television interview. He said: “I’m saying unequivocally: it never, never happened”.

Throughout last week, a number of establishment Democratic figures sought to defend Biden. And male politicians have apparently faced less pressure to do so.

Senator Kirsten Gillibrand said: “I stand by Vice President Biden”. Senators Kamala Harris and Amy Klobuchar also came to his defence. Stacey Abrams – who narrowly lost the Georgia governor race in 2018 – claimed on 29 April during an appearance on CNN that:

The New York Times did a deep investigation and they found that the accusation was not credible.

This was wrong. Because although the report did conclude that it found “no pattern of sexual misconduct by Mr. Biden”, it didn’t reach a firm conclusion on the credibility of Reade’s allegations.

This episode not only reveals establishment Democrats’ base dishonesty; it also highlights their stark willingness to engage in wilful hypocrisy for the sake of tribal loyalty. During the Senate confirmation hearings for conservative Brett Kavanaugh’s nomination to the Supreme Court, for example, Democratic figures insisted that women’s accusations of sexual misconduct should always be believed. But Democratic establishment figures are now literally turning that concept on its head when it suits them politically, with Abrams stressing “I believe Joe Biden”. This is despite there being more corroboration for Reade’s claims than for those of Kavanaugh’s accusers.

Trump and his cheerleaders in the right-wing media are already pouncing on establishment Democrats’ double standards – not least to deflect criticism from Trump’s own (very well documented) back-catalogue of improprieties. And this will likely feed into Trump’s whole narrative that he is somehow the people’s savior from a hypocritical Washington elite that has no scruples or sense of fairness.

As The Canary has previously argued, Trump indeed has a point when he characterizes the Washington establishment as out-of-touch, corrupt, and self-serving. But the idea that he has actually addressed the problem since entering the White House is utterly laughable. From stacking his administration with corporate insiders to his pro-corporate deregulatory legislation, he has proven himself to be every bit as beholden to the usual interests as any of his predecessors – if not more so.

Trump, however, is a showman and con artist who’s immensely skilled at manipulating his audience. He was, after all, a television personality before entering politics. Therefore, his own hypocrisy won’t make his narrative any less potent. With this in mind, only a progressive outsider offering a genuine break from the putrid status quo can provide a real chance of defeating him. With Bernie Sanders out of the Democratic primary contest and Biden essentially anointed the party’s nominee, progressives must now look to third-party candidates. Because Joe Biden and the wretched Democratic establishment he represents are not the cure for Trump.