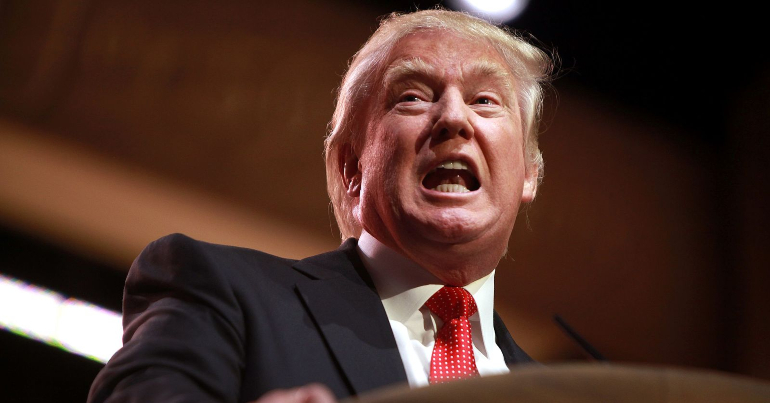 Donald Trump has already used the coronavirus (Covid-19) pandemic to peddle conspiracy theories and attack political opponents. But now, it seems he’s trying to use the crisis to advance his party’s ongoing campaign of voter suppression – the latest chapter in a long history.

On 20 May, Trump falsely accused the mid-western state of Michigan of sending absentee ballots to voters “illegally and without authorization by a rogue Secretary of State”. Michigan’s secretary of state responded on Twitter that her office had sent out applications, not ballots. She added that at least four states (which, unlike Michigan, have Republican governors) have done the very same thing (and presumably escaped criticism from Trump on purely partisan grounds).

Most controversially, Trump threatened to withhold federal funding unless Michigan reversed the decision. He later made the same threat against the state of Nevada (which also has a Democratic Party state government) – again, presumably on partisan grounds. He claimed that the state was encouraging a “great Voter Fraud scenario” that would somehow allow voters to “cheat in elections”. Such claims are false – research has conclusively debunked the idea that absentee voting significantly impacts levels of electoral fraud.

The apparent bullying of state governments by a US president is unprecedented in recent US history. Indeed, there has long been a convention, enshrined in the US constitution, that the federal government should remain neutral in affairs that are the responsibility of state governments, including organizing elections.

Republicans pushing back against attempts to make it easier to vote, however, is nothing new. Because for decades, the party has been engaged in a protracted campaign of voter suppression to keep certain kinds of voters away from polling booths. This process has particularly targeted minorities and disproportionately impacted poor people – exactly the kind of people most likely to vote for their (often only marginally more progressive) Democratic Party rivals.

One tactic has been so-called ‘voter ID laws’, which require voters to present photo identification in order to vote. Again, minorities, poor people, and (especially) recent immigrants tend to be disproportionately affected.

Another is ‘gerrymandering‘, where the lines of congressional districts are deliberately drawn to disenfranchise certain voters. Because state legislatures determine district lines, Republican-controlled states sometimes deliberately divide up poorer communities amongst several districts to dilute their electoral strength. Although gerrymandering to disenfranchise voters on ethnic grounds has been ruled unconstitutional, enforcement hasn’t always been forthcoming.

Disenfranchisement of African-Americans, meanwhile, has a particularly long history, especially in the south. During a period known as ‘Jim Crow‘ following the US Civil War, some southern states used tactics such as literacy tests, poll taxes, restrictive and arbitrary registration practices, and even outright violence and fraud to supress the Black vote. Because such blatant methods have become less feasible since the Civil Rights era in the 1960s, right-wing forces have increasingly resorted to more subtle and stealthy forms of voter suppression.

Some states, for example, have used the criminal justice system to permanently disenfranchise citizens with criminal records. This has been done under the guise of promoting ‘law and order’ to deflect charges of overt racism. In some states, people convicted of certain crimes can literally never vote again – even after they have served their sentence and been released. Due to the (very well-documented) structural racism of the US criminal justice system, this disproportionately affects minorities, and especially African-Americans.

What makes this all the more outrageous is the fact that the US presents itself as the world’s pinnacle example, and even upholder and rightful spreader, of representative democracy. Yet in addition to these blemishes on its own record, it also has an extensive history of intervening in other countries’ elections in order to affect the result.

The US clearly has zero credibility when it comes to lecturing others about democracy. And to stop even greater voter suppression in the Trump era, it’s vital that all those who believe in democracy organize and fight back.