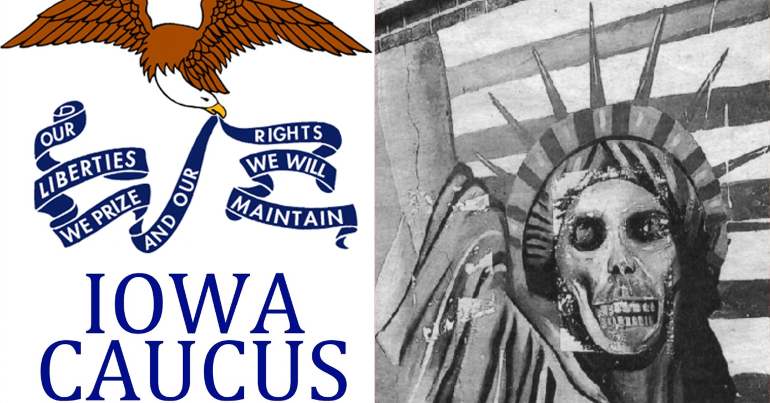 The first election in the process to choose the Democratic Party candidate for the US presidency took place this week. And it turned out to be somewhat of a disaster. In addition to highlighting the US’s own dubious democratic credentials, it also exposes its incredible hypocrisy. After all, Washington bases a great deal of its international regime-change logic on other nations’ purported democratic deficits.

On 3 February, voters in the Iowa caucus – always the first of the primary season – went to the polls to select their state’s choice to stand as the Democratic candidate for president. Although not all the results are in yet, progressive Bernie Sanders appears to be neck-and-neck with Pete Buttigieg, a more centrist figure.

But something is seriously amiss. The process has been marred with numerous problems. According to analysis from the New York Times, “more than 100 precincts reported results that were internally inconsistent, that were missing data or that were not possible under the complex rules of the Iowa caucuses”. This followed delays on the night of the vote itself caused by “quality control checks”. There were also reports of major issues with a smartphone app that had been specifically designed to report the results.

This is undoubtedly embarrassing for a country that claims to be the major driving force of democracy in the world. But there is a deeper layer of significance. It exposes Washington’s complete lack of credibility when it comes to intervening in other countries based on alleged flaws in their democratic processes.

To take the most recent example, the US backed a military coup in Bolivia in late 2019. The overthrow of President Evo Morales – who has transformed the country via a number of progressive reforms – was predicated on highly dubious allegations of electoral irregularities favouring Morales. In a cruel irony, new coup-regime leader Jeanine Añez had received less than 5% of the vote in that very same election.

Not the first time in Latin America

The other classic example in the region from recent years is Venezuela. In 2018, President Nicolás Maduro won an election to serve another six-year term as president. The US condemned the result as illegitimate, again based on dubious allegations of electoral irregularities.

It may have seemed strange for Maduro to win given the country’s severe economic crisis (whose causes are disputed and often highly misrepresented). But the reality is that Washington had encouraged the major opposition parties to boycott the election (apparently in exchange for helping them spearhead a coup against Maduro after the election took place).

And nothing new either…

Although both of these examples are shocking for their hypocrisy and venality, this phenomenon is nothing new. For years, Washington has used bogus accusations of electoral irregularities as a pretext for intervention and regime change. In doing so, it doesn’t accept or reject an election based on whether it was actually fair or not – but rather on whether or not it approves of the outcome.

And we have seen this process again and again all over the world. Meanwhile, when the result has been to Washington’s liking, it has ignored evidence of fraud even when that fraud is confirmed by its own favored institutions. There’s no better example of this than the 2017 election in Honduras, when the ‘election’ of narco-dictator Juan Orlando Hernández was denounced even by the pro-Washington Organization of American States – yet Washington accepted the result without question.

But this is not all. In a cruel irony, Washington has actually meddled in many elections to influence the outcome. So it has not only taken a hypocritical stance on the fairness of elections, but itself made elections unfair in the first place.

According to Carnegie Mellon University’s Dov Levin – one of the world’s leading scholars on election meddling – the US has intervened in over 80 foreign elections in 47 countries since World War II. The list of countries includes Argentina, Italy, Israel, Japan, Czechoslovakia, South Vietnam, the Philippines, Ukraine and, ironically, Russia.

Of course, you will barely hear about this in the corporate-owned Western media. So it’s up to everyone else to point out that, when it comes to passing judgment on other countries’ elections, Washington’s credibility is exactly zero.