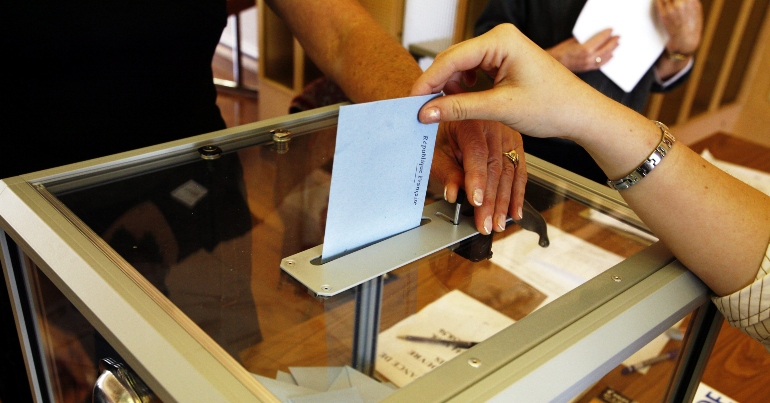 The mainstream Western press has been making an almighty song-and-dance about allegations of Russian interference in the 2016 US presidential election. But most reports gloss over Washington’s own long record of meddling in other countries’ elections.

The allegations have been dominating headlines on-and-off for over 18 months now. They picked up steam again recently after President Trump’s meeting with his Russian counterpart, Vladimir Putin, in Helsinki. Trump came in for harsh criticism for his apparent siding with the Russian president when he stated that he believed Putin’s protestations of innocence regarding any foul play. Critics were quick to scoff, pointing out that Trump’s own country’s intelligence organizations are adamant that Russian interference did take place.

But many of these media reports gloss over Washington’s own record of interfering in foreign elections, which far exceeds that of Russia. And even if the most serious allegations of Russian meddling turn out to be true, they’re relatively minor in both scale and effect compared with Washington’s efforts over the course of many decades.

Carnegie Mellon University academic Dov Levin has published research showing that the US has intervened in foreign elections over 80 times in a 47 different countries. In an interview last year with the Real News Network, Levin acknowledges that it is “pretty certain” that Russia did use tactics such as hacking and leaking of information to advantage one side over another in the 2016 election. But asked how this compares in magnitude with all the other cases he has studied, Levin said:

This overwhelmingly pales in comparison with both the number and magnitude of instances of election-meddling that the US has orchestrated.

Then there was that time in Russia…

Levin points out that such cases ironically include interfering in the 1996 Russian presidential election between Boris Yeltsin and Gennady Zyuganov (of the Communist Party). Yeltsin was at the time a deeply unpopular figure in Russia, in large part due to the neoliberal restructuring of the economy that he facilitated as the post-Soviet era’s first president. As The Canary has previously reported, these US-backed reforms led to falling living standards, deindustrialization and dismantling of public infrastructure, along with the emergence of a small group of oligarchs who controlled most the country’s wealth.

The US was fearful that Zyuganov would reverse these neoliberal reforms and generally be less pro-Western than Yeltsin. Six months before the election, Yeltsin was trailing both Zyuganov and ultra-nationalist outsider Vladimir Zhirinovsky in the polls. And to ensure Yeltsin’s victory, the US reportedly put pressure on the IMF to provide his government with a loan of about $10bn, the second-largest IMF loan ever granted at that time, of which $1.3bn arrived before the election.

Yeltsin then proceeded to use these funds for a wide range of popularity-courting public spending sprees (in addition to paying wage arrears of public sector employees who hadn’t been paid in months due to his government’s dysfunction). The US also sent over campaign advisors to help organize (and professionalize) Yeltsin’s re-election bid. These factors led to him surging in the polls and eventually winning the election comfortably with over 50% of votes cast.

Noam Chomsky: Russian interference “not even a joke as compared with what we do constantly”

Other countries where the US has intervened in elections include Argentina, Italy, Israel, Japan, Czechoslovakia, South Vietnam and the Philippines. It has also intervened in countries that border Russia, such as Ukraine. And the total number of interventions cited by Levin does not include US involvement in military coups and other violent regime change such as in Guatemala, Iran and Chile, or the funding of post-coup governments as in Honduras.

With all this in mind, renowned academic Noam Chomsky made many of the same arguments as Levin during a public discussion in 2017. Speaking about Russian interference, he said:

It’s not even a joke as compared with what we do constantly.

And Chomsky’s right. Because much like the schoolyard bully who cries foul when his victims fight back, the US now wants to play the victim card after getting a taste of its own medicine from a country that has long been on the receiving end of its imperialist and neoliberal global onslaught.