It’s not in your head. Hundreds of thousands of listeners just hit back at BBC Radio 4. - Canary 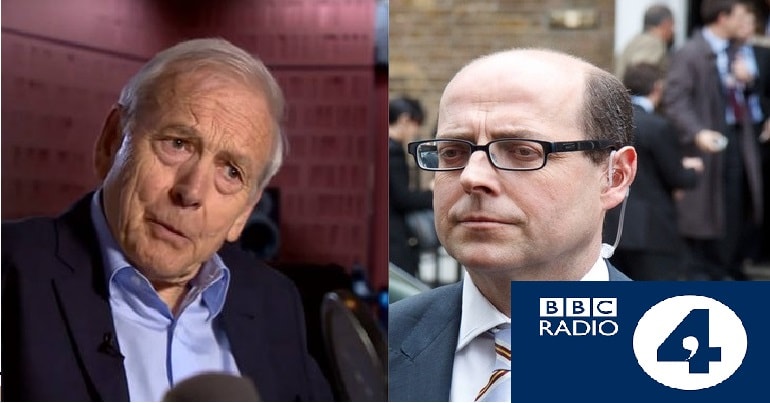 It’s not in your head. 800,000 listeners have deserted BBC Radio 4‘s Today programme in a year.

The figure throws doubt on the show’s shift further to the right since Sarah Sands became editor in January 2017.

Sands spent almost five years as editor of the Evening Standard, which backed Zac Goldsmith’s ‘racist‘ campaign to become London mayor in 2016. The Media Reform Coalition accused the paper of acting as a “mouthpiece of the Conservative Party” during the campaign.

Indeed, the Today programme has received a huge amount of criticism for what’s perceived as intensified pro-Conservative coverage:

Is there anyone surprised by this BREAKING NEWS? The so-called mainstream media has been weaponised behind a series of unconvincing state narratives -domestic and foreign – and now lies on cue. It is in tatters. And it deserves to be. #MSM https://t.co/bdBF7O5zPE

I’ve been saying it for sometime: the appointment of Sarah Sands has been a disaster for the programme & its listeners! – BBC's Today programme sheds 800,000 listeners #r4Today https://t.co/slnz6UjKkG

The BBC pointed out that there was a snap general election during the 2017 period, which could explain the decrease in listeners since. However, other news stations such as LBC expanded their audience.

For many, the views and words of the most prominent people on the Today programme are cause for concern. Host Nick Robinson has faced a barrage of criticism over his treatment of Jeremy Corbyn. For example, Robinson personally peddled Conservative Party style attack lines against the Labour leader. In April 2017, even a Daily Mail journalist asked Robinson to “step down” after the presenter suggested Corbyn was idealistic and incompetent:

No-one should be surprised that @jeremycorbyn is running v the "Establishment" & is long on passion & short on details. Story of his life

And it goes beyond Robinson. Some have also accused fellow host John Humphrys of using his public platform to scaremonger about foreigners. On 27 June 2018, Humphrys made a link between immigrants and pressure on healthcare, schooling and jobs, saying “millions, upon millions, upon millions of them” were seeking to come to Britain.

The Today programme has also faced criticism for its coverage of Brexit. Author A.C. Grayling has attacked the “rampant pro-Brexit” bias of both Humphrys and editor Sands.

In short, there has been an exodus of listeners from the Today programme.

This suggests the show needs to move on from pro-government spin to its stated aim: public interest journalism. And fast.