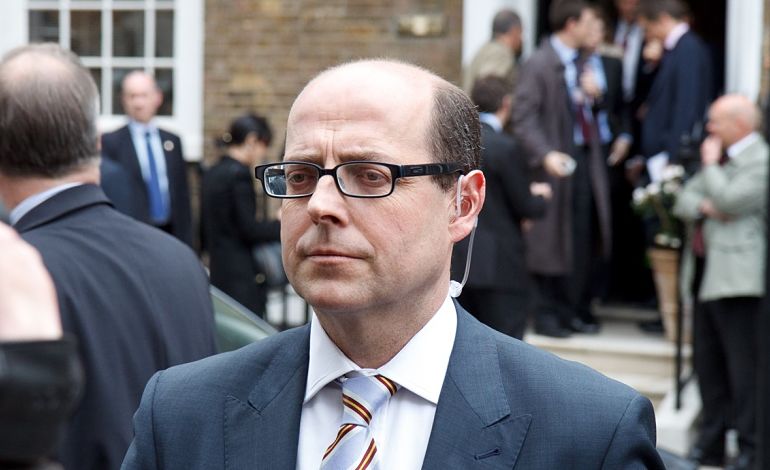 Twice in under 12 hours, the BBC‘s Nick Robinson seems to have been caught playing fast and loose with the truth.

On 4 December, the Brexit negotiations hit deadlock. Theresa May’s weakness was laid bare after the Democratic Unionist Party (DUP) thwarted her EU agreement at the last minute, over the Irish border. Following this, Robinson claimed that Jeremy Corbyn hadn’t even commented on the crucial development:

Labour takes poll lead as @jeremycorbyn chooses to let Tories implode over Brexit whilst he talks about just about anything else https://t.co/3jjjHR0SyD

But hundreds of people were quick to point out that Corbyn had already responded to the Brexit implosion. Two hours before the Radio 4 host’s comment, the Labour leader released the following statement:

The real reason for today’s failure is the grubby deal the Government did with the DUP after the election. It is disappointing that there has not been progress in the Brexit negotiations after months of delays and grandstanding. Labour has been clear from the outset that we need a jobs first Brexit deal that works for the whole of the United Kingdom. Each passing day provides further evidence that Theresa May’s Government is completely ill-equipped to negotiate a successful Brexit deal for our country.

In the tweet, Robinson pointed to a letter from Corbyn to the Prime Minister. This was Robinson’s evidence that the Labour leader was too concerned with “just about anything else” to talk about Brexit. The letter refers to the potential genocide of the Rohingya Muslim minority in Myanmar (Burma).

In light of this, people also accused Robinson of being dismissive of the humanitarian calamity:

Aside from the fact that this was a lie / error, it's frankly disgusting for Nick Robinson to dismiss the ethnic cleansing and likely genocide of the Rohingya is "just about anything else". https://t.co/SBeVoAjwrv

Zeid Ra‘ad Al-Hussein, UN High Commissioner for Human Rights, has described Rohingya people being “deliberately” burnt to death and “indiscriminately” shot while they tried to flee and the “widespread rape of women and girls”.

Not only is genocide and human suffering NOT 'just about anything', Labour released a Brexit statement from JC a full TWO HOURS prior to this tweet! Please RT to share the facts Nick Robinson did not bother to find out.#WeAreHisMedia https://t.co/GjyqU6jJfd

Under 12 hours later, Robinson claimed that Labour, the Conservatives and the DUP had instructed their spokespeople to duck Radio 4:

Calling all those complaining that their party is not on @BBCr4today today : the DUP, Tory & Labour press offices asked their spokespeople not to appear

Not sure that’s true Nick, no-one asked me not to appear – you just didn’t ask.

As did Labour MP Stephen Doughty:

.Really? I or one of my colleagues would have happily appeared Nick – you just don't ask us…

Owen was on our LBC breakfast programme this morning, and so were Conservative and the SNP spokespeople 🤔

The BBC provided no response to The Canary‘s request for comment.

– Read and support the work of independent outlets that seek to hold the powerful to account. Please add more that you like in the comments: