If David Davis is squirming now, wait until he remembers his BBC interview about the Brexit impact reports [VIDEO] - Canary 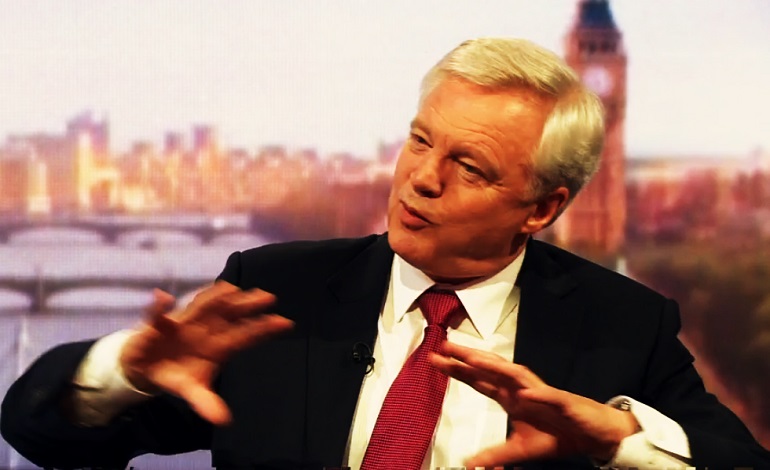 Brexit Secretary David Davis is in hot water over the so-called Brexit ‘impact assessments’. Because on Wednesday 6 December, he admitted that they didn’t actually exist. But unfortunately for him, a clip from a BBC interview in June seems to suggest otherwise.

Davis told the Commons Brexit Committee that impact assessments for how Brexit would affect different areas of the UK economy didn’t exist. He said:

There’s nothing… there’s no such systematic impact assessment that I’m aware of.

But in an interview with The Andrew Marr Show on 25 June 2017, Davis told the public that:

I am being very clear about this… In my job… I don’t make guesses… You make those [decisions] based on the data… We’ve got 50, nearly 60, sectoral analyses already done…

But it appears Davis has been spinning a line about these “sectoral analyses” since last year.

We’ve carried out or are in the midst of carrying out about 57, I think, sectoral analyses, each of which has implications for individual parts of 85 per cent of the economy…

Then, in October 2017, he told the same committee that Theresa May had read the “summary outcomes” of impact assessments, saying that these analyses went into “excruciating detail”.

On 7 November, in parliament, he backtracked on this claim. The parliamentary record Hansard reports that Davis said:

As the government have already made clear, it is not the case that 58 sectoral impact assessments exist.

The sectoral analysis is a wide mix of qualitative and quantitative analyses, contained in a range of documents developed at different times since the referendum… It is not, nor has it ever been, a series of discrete impact assessments examining the quantitative impact of Brexit on these sectors…

…we currently expect this [providing the information to the committee] to be no more than three weeks.

Three weeks would have meant the government would have produced the analyses on 28 November. But they now don’t exist. And in Prime Minister’s Questions, May had to prop up Davis’s position when replying to a question from Jeremy Corbyn:

Theresa May can laugh, but her incompetent, shambolic government is falling apart at the seams… #PMQs pic.twitter.com/9Pbv2DQ8oN

What can you say?

It is a damning indictment of the government that a serving cabinet minister can be so openly chaotic. But it is perhaps comedy writer David Schneider who best sums up the situation:

I tend to try and put a satirical spin on events, but when you see the deceit, the incompetence, the unabashed betrayal of all our futures by David Davis here, what can you say? #PMQS https://t.co/pCbzqLCAc8

What can you say, indeed.