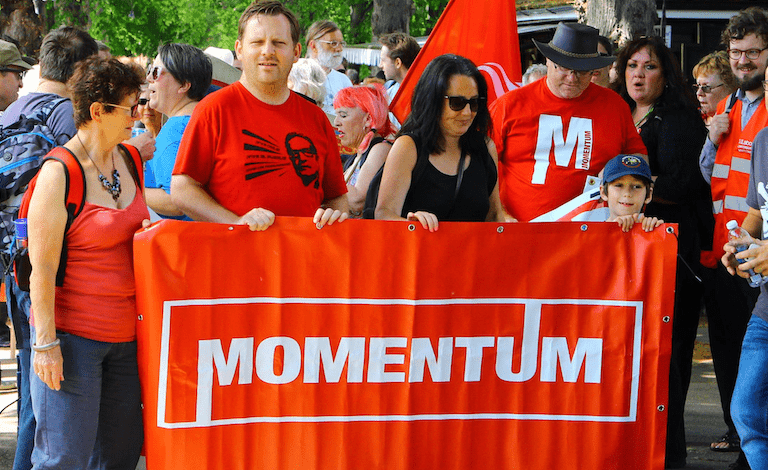 Recent developments in a Labour-run council have sparked a bitter feud within the Labour Party. And campaign group Momentum has been accused of a coup of sorts. But at the heart of this story is something far more worrying. It’s the fact that a Labour-run council was trying to push through a largely unwanted privatisation deal – one which could seriously reduce the available homes for the existing community.

In the Labour-run north London council of Haringey, 17 councillors have either lost their seats in open contests or have withdrawn as candidates in the borough’s selection race. This included three councillors from the same ward standing down on Sunday 3 December. In a letter, they said:

The current climate of Haringey Labour politics feels factional and poisonous – anger, cynicism and distrust now shape too many debates within the local party.

They also suggested they would not be judged with an “open mind” or “in a fair manner”.

Former deputy Labour leader Roy Hattersley referred to the debacle as “subversion”; and he said that Momentum, a campaign group close to Jeremy Corbyn, was the biggest crisis facing the Labour Party. Guardian journalist Owen Jones, however, called the process “democracy”.

But local resident Phil Jackson wrote an article in The Independent headlined Momentum isn’t staging a coup in Haringey, this is about housing not Labour factions. He said the situation was not about different groupings within the Labour Party, but about the Haringey Development Vehicle (HDV). The HDV is a public-private partnership to build new homes, shops and public spaces, involving Australian property giant Lendlease.

This ‘Local Asset Backed Vehicle’ represents the biggest [pdf, p13] such transfer of property assets from any council in the UK.

And there’s been wide support to stop the deal in its tracks since December 2016.

Previous evaluations of the HDV have suggested that it would be financially risky; that there would be little scrutiny around the activities of the HDV; and that residents and members of the council had not had sufficient time to look at all of the detail around the deal.

There were also concerns that there would not be enough social housing to replace demolished council property. So some residents might not be able to stay in the borough.

Also, HDV partner Lendlease previously built 2,469 homes on the site of South London’s Heygate Estate. But it only made 80 available for social rent. It also paid $56m in fines in “the largest construction-fraud settlement in New York City history”. And it reportedly fitted non-compliant cladding and faulty plumbing in two separate hospitals in Australia.

Therefore, the actions of Momentum shouldn’t worry Labour members. Or anyone else. The fact that a Labour council is trying to push through a potentially ill-considered and unwanted privatisation deal is, in fact, a much more worrying scenario.