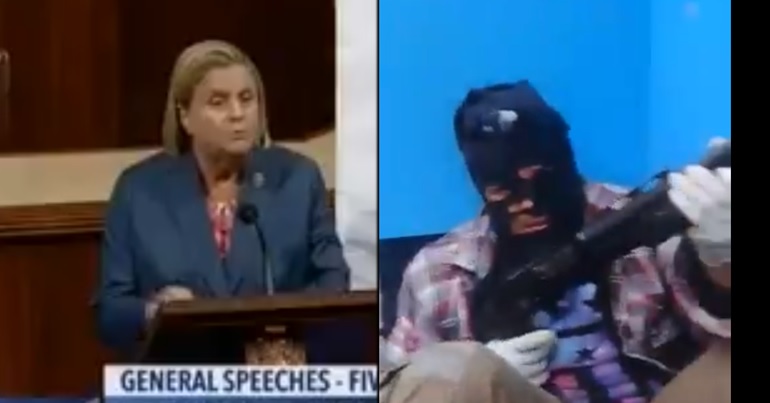 Award-winning journalist Max Blumenthal has been following the current situation in Nicaragua closely. And in this article, he looks in detail at a revealing analysis of the country’s death toll which challenges the perspective being pushed by political and media elites outside the country. An earlier version of this article originally appeared on the Gray Zone.

A detailed study of the death toll that has been recorded in Nicaragua since the start of a violent campaign to remove President Daniel Ortega and his Sandinista government from power shows that at least as many Sandinista supporters were killed as opposition members. The study, “Monopolizing Death”, demonstrates how partisan local NGOs conflated all deaths that occurred since April, including accidents and the murders of Sandinistas, with killings by government forces.

Washington, meanwhile, has seized on the bogus death count to drive the case for sanctions and intensify pressure for regime change.

Dodgy statistics and US pressure

The manipulated death toll was the centerpiece of a 25 July harangue by Republican Rep. Ileana Ros-Lehtinen on the House floor. While drumming up support for a bipartisan resolution condemning Ortega for supposedly ordering the massacre of demonstrators, Ros-Lehtinen declared:

Mr. Speaker, 450: that is how many Nicaraguans have been killed by the Ortega regime and its thugs since April of this year.

The congresswoman’s portrayal of a dictatorial regime gunning down peaceful protesters like helpless quails in a canned hunt was designed to generate pressure for an attack on the Nicaraguan economy in the form of sanctions packages like the Nica Act.

Her narrative was reinforced by Vice President Mike Pence, who condemned Nicaragua’s government for “350+ dead at the hands of the regime,” and by Ken Roth – the long-serving executive director of Human Rights Watch – who also seemed to suggest that Ortega was personally responsible for the killing of “300 demonstrators against his corrupt and repressive rule.”

On @HouseFloor, I also called for our Senate colleagues to quit stalling and to take meaningful action to support the Nicaraguan people by passing the #NICAAct so that we can keep the pressure on the #Ortega regime until true #democracy + #freedom return to #Nicaragua. pic.twitter.com/rv2r3tC0zf

On the ground, meanwhile…

Throughout the past two weeks, I have been in Nicaragua interviewing scores of victims of the US-backed Nicaraguan opposition. I have met police officials who saw their colleagues gunned down by well-armed elements while being ordered to stay in their stations, Sandinista union leaders whose homes were burned down, and average citizens who were kidnapped at tranques (roadblocks) and pulled out of their homes to be beaten and tortured, sometimes with the alleged assent of Catholic priests.

It was clear to me that the Nicaraguan opposition was anything but peaceful in its bid for regime change.

And it was also clear that many Sandinistas had been killed since the chaos began in April. The opposition’s victims include Gabriel de Jesús Vado, a police officer from Jinotepe who was kidnapped, dragged from a moving car, and burned alive on video this month at the tranque in Monimbó, a neighborhood in Masaya that the opposition had violently occupied for weeks.

But according to the logic employed by Congress and the White House, which apparently holds the government responsible for every single death that occurred between April and June in Nicaragua, the killing of Vado and as many as twenty other members of Nicaragua’s national police never took place — nor did the deaths of anyone killed by opposition paramilitaries. This is what you have to believe if you blame the Sandinista government for 100% of the deaths.

The manipulation of the death toll by the US Congress and Western ‘soft power‘ NGOs is exposed in meticulous detail in “Monopolizing Death”.

The author of this forensic study, independent Nicaraguan researcher Enrique Hendrix, describes his analysis as “evidence of a campaign that, in the absence of a just cause, uses the death of every citizen as a motive to manipulate the emotions of the population in order to counterpose ‘the government’ against ‘the people.’”

Hendrix told me that he initiated his study two weeks after the anti-Sandinista protests began. “All the opposition media channels started claiming all these deaths were taking place [at the hands of government forces], and I was having a lot of uncertainties,” he said. “So I started researching the lists of the human rights organizations and really trying to figure out if these death counts consisted only of students, as the opposition media was reporting.”

The complete text of Hendrix’s study, translated into English by the Tortilla con Sal journalism collective, is embedded at the end of this article, along with a spreadsheet analyzing (in Spanish) each death in detail.

These are the organizations that Congress, the Inter-American Commission on Human Rights, and international soft power organizations like Human Rights Watch have relied on for their understanding of the violence that has gripped Nicaragua.

While in Nicaragua, I learned how members of CENIDH and ANPDH actively participated in the campaign to remove the Sandinista government. For instance, I was told by three separate students of the main public university (UNAN) that CENIDH legal advisor Gonzalo Carrión was present with opposition students and militants when they took over the campus and that Carrión was even a bystander to their violence.

Ramon Avellan, the police commissioner of Masaya, related to me how staffers of ANPDH repeatedly appeared at his police station alongside opposition activists to beseech him to surrender. This act would have resulted in the total takeover of the city by the armed opposition – which, according to Avellan, included strong representation from local criminal cartels.

ANPDH was founded in Miami, the true base of Nicaragua’s right-wing opposition, and was reportedly funded in the 1980s by the US government’s National Endowment for Democracy to paint the right-wing, US-backed Contra paramilitaries as victims of communist brutality. Today, the group remains a political weapon of choice against the Sandinista movement.

Hendrix found that the three main self-proclaimed human rights groups in Nicaragua had removed the contexts of the deaths they recorded in order to conflate every unnatural death that occurred across the country between 19 April and 25 June with killings by Nicaraguan pro-government forces.

He found that seven categories of deaths were included in the human rights reports. All categories except for one were totally unrelated to government violence.

They are as follows:

According to Hendrix, reports by CENIDH, CIDH, and ANPDH were padded with the deaths of “victims of traffic accidents, altercations between gangs, murders by robbery, those killed by accidental firing of a firearm and even more absurdly, a suicide.”

The CIDH’s study includes a whopping nine duplicated names, while all three organizations larded their reports with 97 deaths that were unrelated to the protests. And the causes of 77 deaths recorded in the three reports remain unknown.

While the Nicaraguan opposition has howled about genocide-level massacres of students, Hendrix found in his own research that, out of the approximately 60 deaths among anti-Sandinista elements at the hands of government-aligned forces, only 16 or 17 were actual students.

Most shockingly, Hendrix’s forensic research demonstrated that the opposition killed at least the same number of Sandinista supporters and police officers as they lost at the hands of the government. This fact flies directly in the face of the US-centric narrative of a dictator mowing down peaceful protesters.

It would be easy for anyone familiar with the situation that unfolded on the ground over the past three months to see why so many had been killed on the Sandinista side.

In late April, Ortega ordered his police forces to stay in their stations as a condition of the national dialogue he had initiated with the opposition. The order meant that, for about 55 days, Sandinista supporters were left to fend off a national crusade of lethal blood vengeance. Countless citizens were beaten or faced property destruction at the hands of the opposition solely because they belonged to the Sandinista front.

Among the deaths of Sandinistas detailed in Hendrix’s report was that of a 25-day-old baby – the child of Gabriela María Aguirre – who died on 13 June in Masatepe of bronchoaspiration when her ambulance was held up at an opposition roadblock.

Meanwhile, in cities like Masaya and Jinotepe, police found themselves under virtual siege, cut off for weeks from regular food and medical supplies, and wound up waging a pitched battle with the opposition militants that had encircled them.

Above: Armed opposition militants hold the police station in Sebaco under siege, attacking it with grenades and rifles.

The deaths of those within opposition ranks who were killed by accident or as a result of fratricidal violence have also been decontextualized in these reports, and are therefore unacknowledged by Washington and international legal bodies. They include Guatemalan journalist Eduardo Spiegler, who was crushed by a “tree of life” street decoration toppled by opposition protesters as he was covering their spree of vandalism.

From anti-Sandinista NGOs to international bodies, with no scrutiny in between

The Nicaraguan government has appointed its own commission comprised of independent experts to investigate the deaths that have occurred since April. But according to Hendrix, the Inter-American Commission on Human Rights has refused to accept data from the official Nicaraguan investigation, relying instead on the ANDPH.

This means that the main international body responsible for drawing conclusions about the violence in Nicaragua has relied largely on a partisan NGO with a decidedly anti-Sandinista bent, and has done no independent work.

In Washington, meanwhile, members of Congress like Ros-Lehtinen have not only relied on the opposition’s flawed narrative – they have exaggerated the death toll to drum up the case for a deepened attack on Nicaragua’s economy.

Hendrix emphasized that, because local human rights NGOs like the ANDPH relied so heavily on highly partisan opposition media to tabulate their death counts, “it is impossible to verify in so many cases if they are even telling the truth.”

He wondered if “we could be seeing an even greater manipulation than we know.”

Monopolizing Death: How the Nicaraguan Death Toll Was Manipulated, uploaded by Max Blumenthal on Scribd

– See more from Max Blumenthal at the Gray Zone.

– Read more of The Canary‘s reporting on Nicaragua and Latin America. And join us if you appreciate the work we do.