The damning links between Tory-led austerity and Brexit - Canary 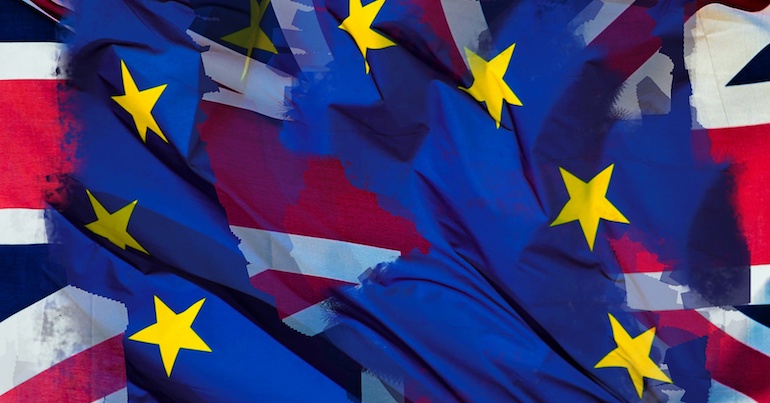 On 23 June 2016, the UK voted to leave the EU. Since then, Brexit negotiations have been in chaos. And now, a new study has found damning evidence about how this happened. It found that the impact of austerity since the Tory-led coalition came to power in 2010 directly led to Brexit.

“Did Austerity Cause Brexit?”

The study asks: “Did Austerity Cause Brexit?” And one of its authors – Thiemo Fetzer, associate professor of Economics at the University of Warwick – found the answer. Yes, it did:

The study identified [pdf, p2] that the rise of UKIP was directly related to “exposure to austerity since 2010”, that this was a key factor in the vote, and:

The results suggest that the EU referendum could have resulted in a Remain victory had it not been for a range of austerity-induced welfare reforms.

austerity-induced welfare reforms initiated in late 2010, many of which came into effect in early 2013, caused the upheavals in the UK’s political landscape.

support for UKIP started to grow in areas with significant exposure to specific benefit cuts, after these became effective.

And a map from the report shows these links further. Areas where austerity hit the hardest mirror areas that voted leave:

Austerity is a small word for a huge problem. Since 2010, homeless numbers have soared. People have died on our streets. Rents have doubled in the past ten years. The NHS is at breaking point. The number of cancelled operations continues to rise. We’ve lost 12% of hospital beds since 2012. Meanwhile, wages are stagnant and benefits have been slashed.

Facing these challenges, many people became angry and scared. But UKIP and several Leave campaigns found ways to amplify these fears. And this paper emerged in a week of mounting evidence that shows that Leave campaigners used a range of questionable methods to win voters.

As The Canary previously reported, serious questions have emerged because many Leave advertisements on Facebook failed to signal their source or purpose clearly. These were produced [pdf, p1] “on behalf of the Vote Leave and ‘50 Million’, BrexitCentral/BeLeave and DUP Vote to Leave campaigns”.

It’s been established that 45% of these ads played on fears about immigration. Headed up by UKIP’s Nigel Farage, Leave.EU’s campaign went even further. It featured the now infamous ‘breaking point’ posters that were reported to the police as a “blatant attempt to incite racial hatred”.

Many of these ads mirrored UKIP ‘policy’. Both suggested that immigrants posed the biggest threat to our healthcare system, jobs, schools, houses and our economy. These are very same things that Tory-led austerity broke.

The road to ruin

The ineptitude of this government has continued. It’s likely that we may crash out of the EU in March 2019 with no deal.

On 25 July, just over two years after the referendum, Theresa May told the British public to take “reassurance and comfort” if the government needs to stockpile food. Added to this, Vote Leave was fined £61,000 and reported to the police for breaching election laws. And serious questions have emerged about ways the Leave campaigns used ads. And now, this study finds that it was also Tory austerity policies that helped tip the vote.

Overall, this report is a damning indictment of Tory austerity. It pinpoints how we got into this mess, but it also implies that there really is only one solution to get us out. We need a change of government. And we need it now.