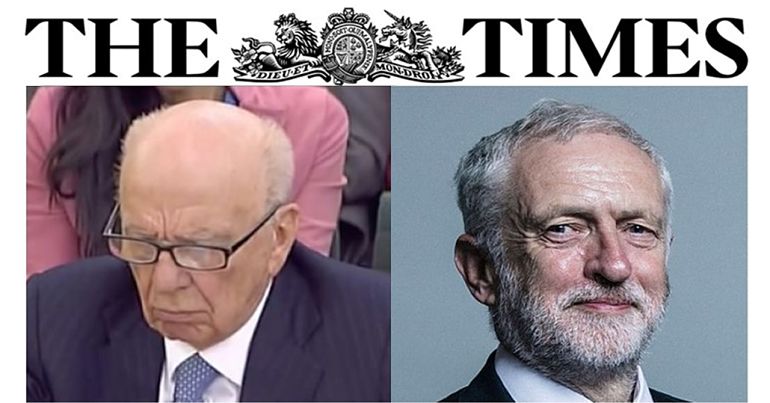 Rupert Murdoch’s own readers have apparently turned on the Times after the paper invoked the Ku Klux Klan to stain Jeremy Corbyn. The newspaper published an article claiming [paywall]:

Speaking about the election of Corbyn back in 2015, former KKK leader David Duke said:

It’s a really good kind of evolutionary thing, isn’t it, when people are beginning to recognise Zionist power and ultimately the Jewish establishment power in Britain and in the western world.

The Times [paywall] alleges that the quote amounts to an “endorsement” of Corbyn. But Labour supporters have pointed out that Duke has actually done the opposite. In June 2017, Duke called Corbyn an “anti-white Marxist” and an “enemy of the white working class”:

In January 2017, Duke also referred to Corbyn as “Marxist filth”.

Times readers turn on the paper

While some Times readers bought the smear, the majority turned [paywall] against the paper: 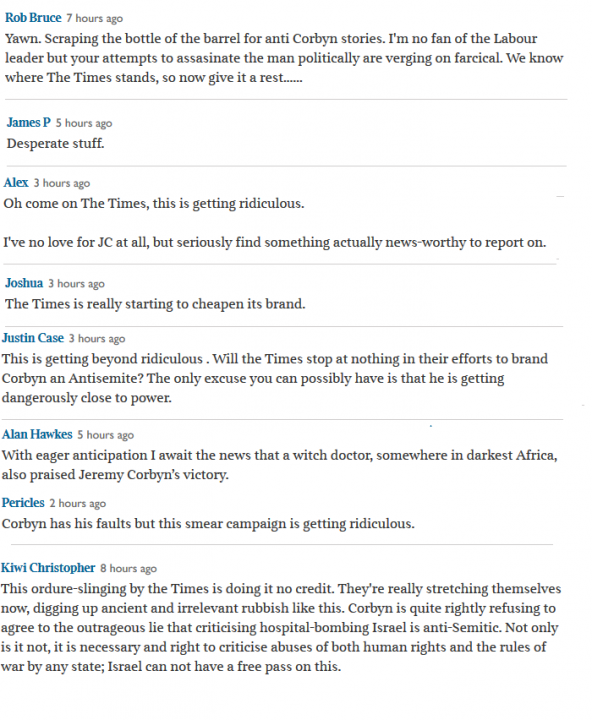 On social media, others pointed out that, in trying to attack Corbyn, the Times is the one platforming a rampant antisemite:

why are you giving a platform to the views of a far-right, racist, neo-Nazi? this is incredibly irresponsible. the far-right represent a real and present danger to Jewish people and other minorities. this is giving their violent hatred front page coverage and attention. why?

And some simply marvelled at the range of anti-Corbyn mudslinging in the press:

A Czech spy, a terrorist in Northern Ireland, a terrorist in the Middle East, an antisemite, a Russian spy and according to the Times he's now in with the Klan! How the hell Corbyn has found time to be an MP, grow vegetables & make jam I'll never know…#WeAreCorbyn

Let them call you racist… wear it as a badge of honour.

The Times has further dragged its name through the dirt with this attack on Corbyn. And it looks like even its own conservative readership is turning against the paper. The desperation is palpable. And it’s veering beyond the absurd.