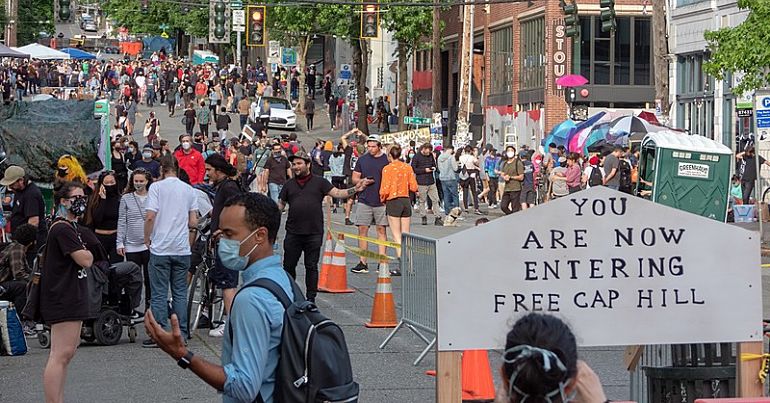 The offending photos were first spotted by locals via Reddit. The Seattle Times then reported the fakery. It led its story with one of the faked images published by Fox News. This showed a man with a mask standing with a rifle in front of a badly damaged store. It also included another Fox News-faked photo of the same man standing next to a sign saying “You are now entering free Cap Hill”.

The only real photos of the armed man were those showing him standing in front of a red car. These are Getty attributed photos, one of which included the caption: “A volunteer holds a firearm while working security at an entrance to the so-called “Capitol Hill Autonomous Zone” on June 10, 2020 in Seattle, Washington”.

Here, reproduced by Heavy., are two of the faked Fox News photos: 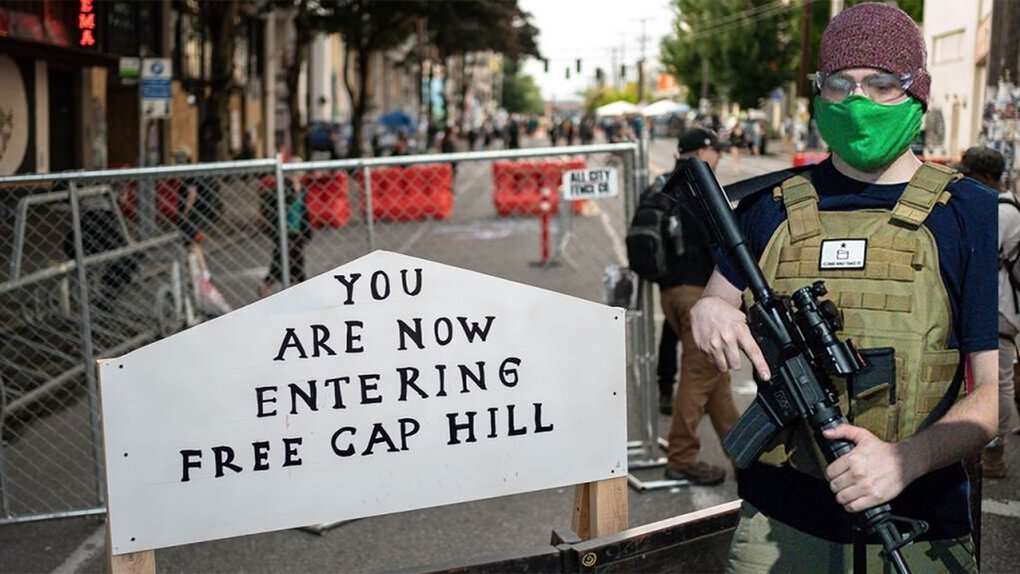 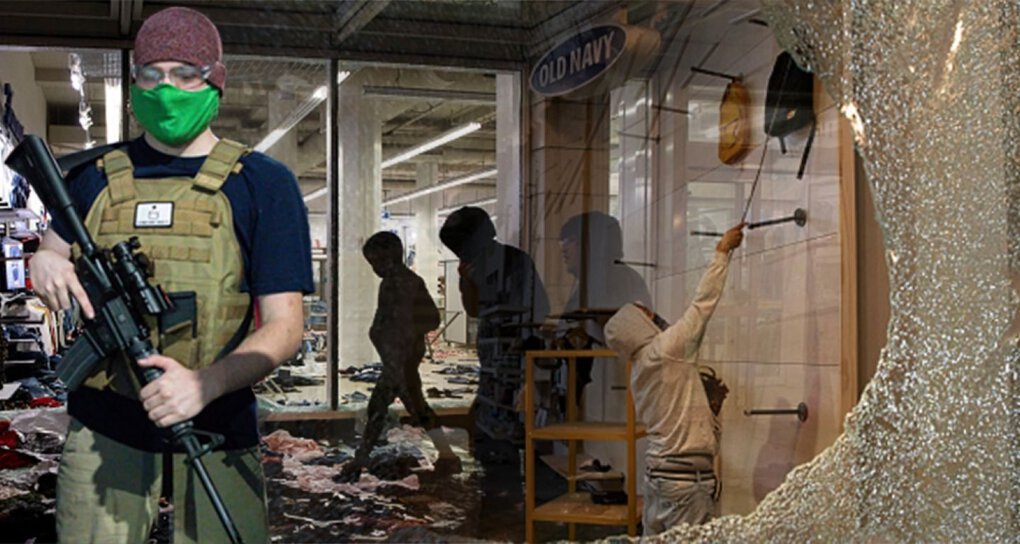 The Fox News faked photos were eventually removed from its websites after it was contacted by the Seattle Times.

According to the Seattle Times, this is how Fox News faked two of the images it published:

The image was actually a mashup of photos from different days, taken by different photographers — it was done by splicing a Getty Images photo of an armed man, who had been at the protest zone June 10, with other images from May 30 of smashed windows in downtown Seattle. Another altered image combined the gunman photo with yet another image, making it appear as though he was standing in front of a sign declaring “You are now entering Free Cap Hill”.

Fox’s site had no disclaimers revealing the photos had been manipulated. The network removed the images after inquiries from the Seattle Times.

a frightening image of a burning city, above a package of stories about Seattle’s protests, headlined “CRAZY TOWN.” The photo actually showed a scene from St. Paul, Minnesota, on May 30. That image also was later removed.

That fake photo, again reproduced by Heavy., was accompanied by several inflammatory statements. 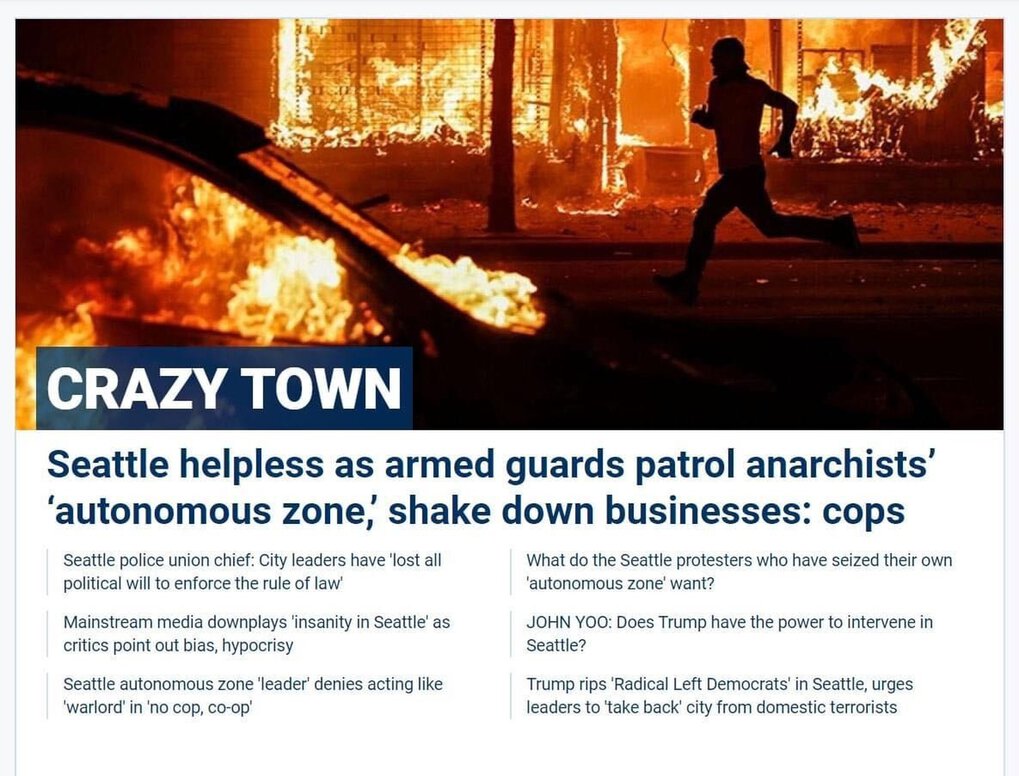 Fox News, however, has not published a formal apology. Instead, its editor issued the following statement:

A FoxNews.com home page photo collage which originally accompanied this story included multiple scenes from Seattle’s “Capitol Hill Autonomous Zone” and of wreckage following recent riots. The collage did not clearly delineate between these images, and has since been replaced. In addition, a recent slideshow depicting scenes from Seattle mistakenly included a picture from St. Paul, Minnesota. Fox News regrets these errors.

That statement does not include the words ‘sorry’, ‘apology’, or similar. Indeed, had the fakery not been noticed by eagle-eyed locals, no doubt they would have remained on Fox News’ websites. In this respect, the “regret” is entirely disingenuous.

Fox News has been well and truly caught out.