Ghislaine Maxwell: what we've learned from the prosecution’s case - Canary

Content warning: This article contains details from witness testimonies which some readers may find distressing.

The US government has rested its case in the sex trafficking trial of British socialite Ghislaine Maxwell in New York.

The 59-year-old, who was labelled “dangerous” and a “predator” by the prosecution, is accused of luring vulnerable young girls to massage rooms to be molested by Jeffrey Epstein between 1994 and 2004.

The PA news agency has summarised what was learned from the prosecution’s case.

– How many accusers have testified in the trial?

There have been four female accusers who have given evidence in the trial. Annie Farmer, who was 16 when she met Maxwell, is the only one of the four to have testified using her full name. The other three women have testified under the pseudonyms Jane, Kate, and Carolyn.

– What did Jane say in her testimony?

She told jurors Epstein would use sex toys on her “even though it hurt”. And said he and Maxwell would “fondle” each other while “casually giggling” in front of her.

Jane said she was left “frozen with fear” after her encounters with the couple. Under cross-examination, she told the jury she didn’t believe she had “come up with a memory” of being sexually abused.

– What did Kate tell the court?

Kate told jurors she was presented with massage oils at Maxwell’s London town house when she was 17. Moreover, Kate was told to “have a good time” before giving Epstein a sexualised massage.

The British accuser also said she was invited to Epstein’s house in Palm Beach, Florida, when she was 18. And Maxwell had laid a schoolgirl outfit out for her to wear because she “thought it would be fun”.

After sexualised massages with Epstein, Kate said Maxwell called her “such a good girl”. They described her as one of the disgraced financier’s favourites.

– What did Carolyn tell the jury?

Maxwell allegedly told Carolyn she had a “great body for Epstein and his friends” after touching her breasts in his massage room.

The witness told jurors she stopped seeing Epstein for massages at the age of 18 because she had become “too old” for him.

– What did Annie Farmer say in her testimony?

Annie Farmer alleges Maxwell told her to undress at Epstein’s New Mexico ranch and rubbed her breasts during a massage. 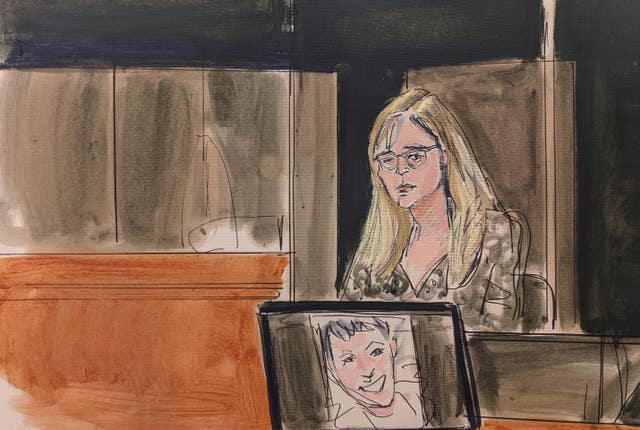 She told jurors Epstein had “caressed” her hand at the cinema and got into bed with her at his ranch because he “wanted a cuddle”.

– What famous names have been mentioned in Maxwell’s trial?

A number of famous names have been mentioned throughout the trial. They include prince Andrew Windsor, former presidents Donald Trump and Bill Clinton, and Pope John Paul II.

Jane told the court she flew on Epstein’s private plane with Windsor and met Trump at his Mar-a-Lago resort in Palm Beach. Other notable passengers on Epstein’s planes included Trump, Clinton, and actors Kevin Spacey and Chris Tucker.

The trial also heard Epstein had photos of himself with famous people hanging up in his houses, including former Cuban leader Fidel Castro and Pope John Paul II.

A photograph, shown to the jury, appeared to show Maxwell and Epstein at a log cabin on the queen’s Balmoral estate.

Who else testified as part of the US government’s case?

Juan Patricio Alessi, former housekeeper at Epstein’s Palm Beach house, also testified. He told jurors he drove alleged victim Jane and Windsor’s accuser Virginia Roberts to the house under orders from Maxwell. This was when they were 14 to 15 years old.

He also said staff were given a “household manual” which told them to “see nothing, hear nothing, say nothing”. Moreover, the manual said to never disclose Maxwell and Epstein’s activities or whereabouts to anyone.

Palm Beach law enforcement officer Gregory Parkinson was asked to identify a massage table which had been brought into court after being seized from Epstein’s house.

– What should we expect from Maxwell’s defence case?

During her opening statement to the jury, defence counsel Bobbi Sternheim said the charges against Maxwell were for “things Jeffrey Epstein did”.

Court documents previously submitted by the defence suggest Maxwell’s counsel will challenge the accusations against her. He will do so by claiming the accusers may have “false or distorted memories”. It’s not yet known whether Maxwell herself will testify.