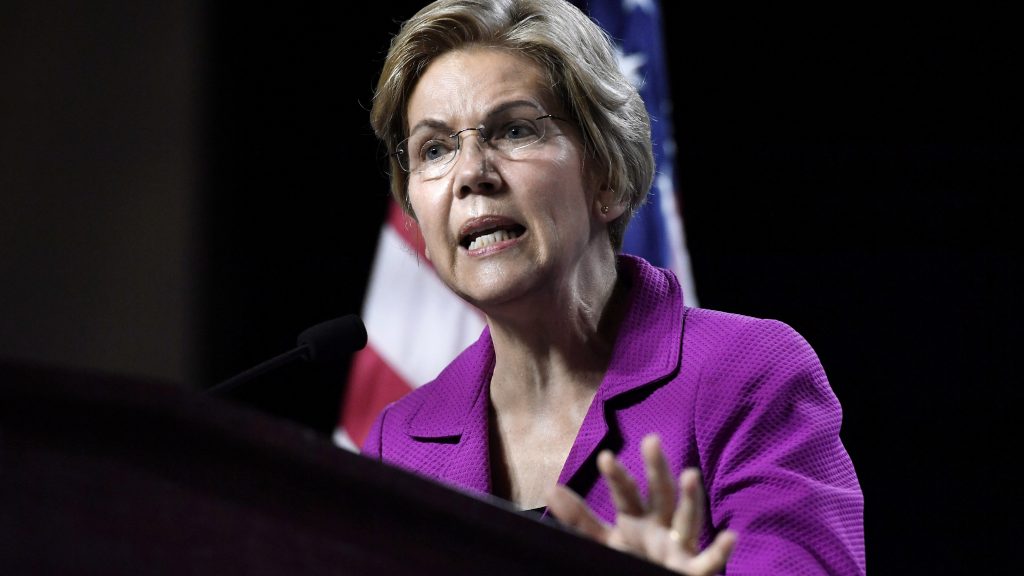 Democratic presidential contender Elizabeth Warren on Monday decried US President Donald Trump as “corruption in the flesh” and outlined her plans to root out corruption in the White House, Congress and courts.

“Corruption has put our planet at risk. Corruption has broken our economy. And corruption is breaking our democracy,” said Warren, a Massachusetts senator who has emerged as a leading presidential contender.

While aggressive, the message was a familiar one.

Warren has embraced corruption as a central campaign theme from the beginning of her 2020 presidential bid.

But rarely has she addressed such a crowd with such a symbolic backdrop.

She faced throngs of supporters from a podium under New York’s Washington Square Park’s storied arch, a made-for-television moment designed to showcase the strength of her candidacy as much as the ambition of her message.

The event was set close to the site of the Triangle Shirtwaist Co fire, which killed more than 140 workers in 1911.

She framed those deaths as the direct result of corruption. Many women died because factory owners neglected safety features to save money, with the implicit support of local elected officials who declined to intervene.

Warren charged that the same thing is happening today.

“Giant corporations have bought off our government,” she said.

Specifically, her anti-corruption plan would “end lobbying as we know it” by instituting a lifetime ban on members of Congress and White House Cabinet secretaries from ever becoming lobbyists.

At the same time, corporate lobbyists would be blocked from working for the federal government.

Both practices are common today.

She also would prohibit federal judges from avoiding misconduct investigations by leaving their posts, prevent courts from sealing settlements in public health and safety cases and ban class-action waivers for all cases involving employment, consumer protection, antitrust and civil rights.

And taking direct aim at issues involving the Trump administration, Warren would require candidates for public office to post their tax returns online.

Presidents, Cabinet secretaries and members of Congress would also be prohibited from owning businesses on the side.

Trump, of course, has refused to release his tax returns years after promising to do so, and the Trump organization continues to do business around the world.

“Donald Trump is corruption in the flesh,” Warren said.

“He is sworn to serve the people of the United States, but he serves only himself and his partners in corruption.”