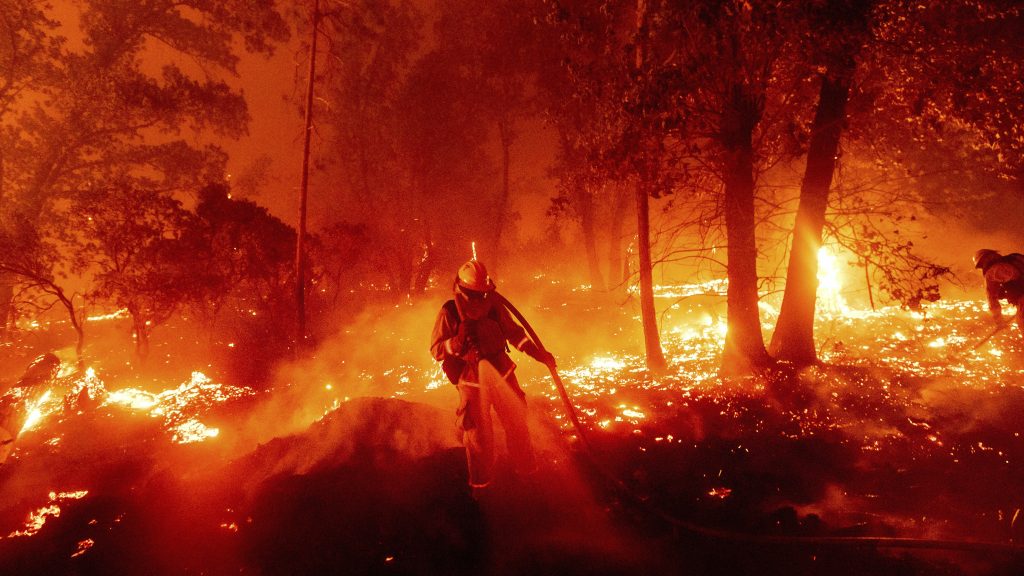 Wildfires have burned a record 2 million acres in California this year, with the US Forest Service announcing the closure of all eight national forests in the southern half of the state.

After a typically dry summer, California is parched heading into fall and what normally is the most dangerous time for wildfires. Two of the three largest fires in state history are burning in the San Francisco Bay Area. More than 14,000 firefighters are battling those and dozens more around California.

A three-day heat wave brought triple-digit temperatures to much of the state during Labour Day weekend. But right behind it was a weather system with dry winds that could fan fires.

The wildfire situation throughout California is dangerous and must be taken seriously.

Existing fires are displaying extreme fire behaviour, new fire starts are likely, weather conditions are worsening, and we simply do not have enough resources to fully fight and contain every fire.

The previous record for acreage burned was 1.96 million acres in 2018.

While the two mammoth Bay Area fires were largely contained after burning for three weeks, firefighters struggled to corral several other major blazes ahead of the expected winds.

Evacuation orders were expanded to more mountain communities on Monday as the largest blaze, the Creek Fire, churned through the Sierra National Forest in Central California. The Creek Fire had charred more than 114 square miles of timber after breaking out on Friday. The nearly 1,000 firefighters on the scene had yet to get any containment. The cause had not been determined.

On Monday night, a military helicopter landed near Lake Edison to rescue people trapped by the Creek Fire, the Fresno Fire Department said on Twitter. In Southern California, crews scrambled to douse several fires that roared to life in searing temperatures, including one that closed mountain roads in Angeles National Forest and forced the evacuation of the historic Mount Wilson Observatory.

Cal Fire said a blaze in San Bernardino County called the El Dorado Fire started on Saturday morning and was caused by a smoke-generating pyrotechnic device used by a couple to reveal their baby’s gender. In eastern San Diego County, a fire destroyed at least 10 structures after burning 16 square miles and prompting evacuations near the remote community of Alpine in the Cleveland National Forest.

California has seen 900 wildfires since August 15, many of them started by an intense series of thousands of lightning strikes in mid-August. There have been eight fire deaths and more than 3,300 structures destroyed.