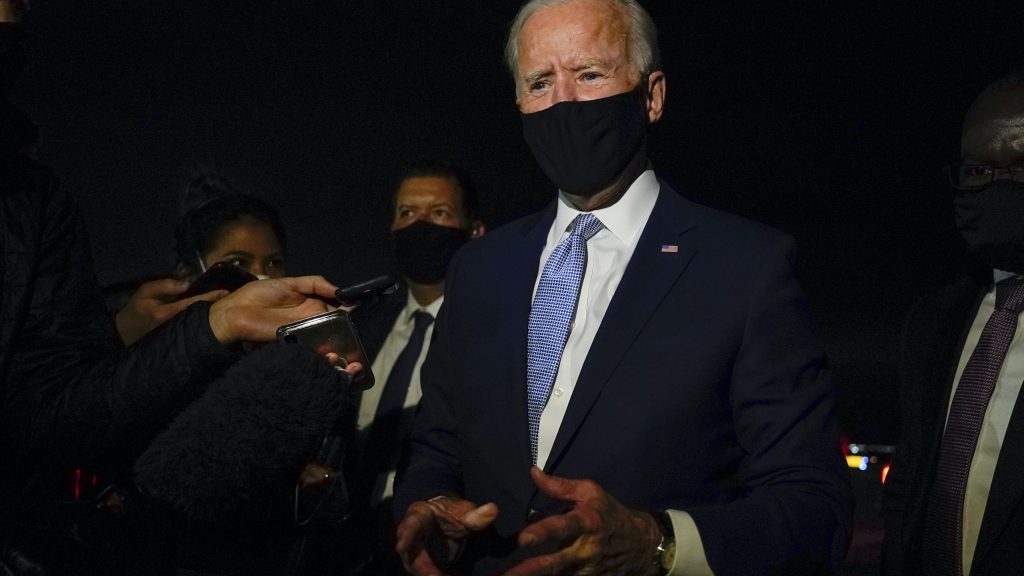 Joe Biden on Thursday went after President Donald Trump again and again over his handling of Covid-19, calling the president’s downplaying of the pandemic “criminal”.

“You’ve got to level with the American people — shoot from the shoulder. There’s not been a time they’ve not been able to step up. The president should step down,” the Democratic presidential nominee said to applause from a CNN drive-in town hall crowd in Moosic, outside his hometown of Scranton.

Speaking about Trump’s admission that he publicly played down the impact of the virus while aware of its severity, Biden declared: “He knew it and did nothing. It’s close to criminal.”

Later, Biden decried Americans’ loss of basic “freedoms” as the US has struggled to contain the pandemic.

“I never, ever thought I would see just such a thoroughly, totally irresponsible administration,” he said.

Biden faced a half-dozen questions about the coronavirus and a potential vaccine in the town hall from moderator Anderson Cooper and audience members.

The pandemic was not just the main topic of the night — it was the cause of the unusual format of the event: a drive-in with 35 cars outside PNC Field.

The town hall marked the first time that Biden had faced live, unscripted questions from voters since winning the nomination.

Trump participated in a town hall on Tuesday in an auditorium in Philadelphia.

The appearances have been seen as tuneups before the three presidential debates, the first set for 29 September.

Biden’s uneven debate performances during the Democratic primary contributed to his initial struggles in polls and the early primary vote, and Trump has pushed unfounded conspiracy theories about Biden taking performance-enhancing drugs while raising questions about his opponent’s mental acuity.

Biden, meanwhile, has promised to be a “fact-checker on the stage” with Trump but has said he does not want to get drawn into a “brawl” with the Republican.

Biden was also pressed on his stance on the Green New Deal, the sweeping proposal from progressives in Congress that calls for achieving net-zero greenhouse gas emissions across the economy by 2030.

His proposal does not go as far, but it does aim to reduce emissions to zero by 2050 and has a goal of achieving an entirely carbon pollution-free power sector by 2035.

Biden interrupted a questioner who suggested his climate plan embraces the Green New Deal to insist, “No, it doesn’t,” but when asked by the moderator if he supports the proposal, he said, “I don’t think it’s too much.”

Still, Biden added, “I have my own deal,” which he noted the Democratic Party has incorporated as part of its platform.

Biden also weighed in on foreign policy issues, promising to reduce America’s military footprint abroad and saying that any attempt to interfere with the election by a foreign power is a “violation of our sovereignty”.

He promised that if he is elected and it becomes clear post-election that Russia interfered in the election, “they’ll pay a price for it, and it’ll be an economic price.”