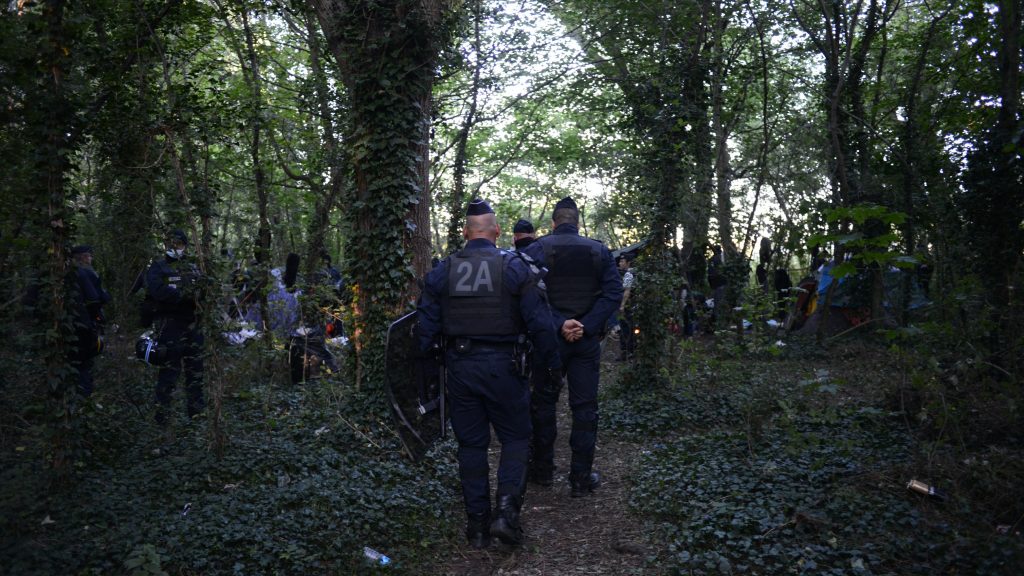 Mohamed is talented a writer, poet and rapper. He lives in desperate conditions in Calais, waiting to cross to the UK. He is one of thousands of refugees who have travelled from war-torn countries and settled in northern France.

“You will see another angle of life here,” the 34-year-old says in a new video.

Mohamed fled Sudan after being arrested for political writings. He travelled to Slovenia, where he was imprisoned, stripped and beaten for taking part in a peaceful protest at the prison.

Eventually he made it to France, where he and others live in makeshift camps that are constantly dismantled by police. He said:

I think no one chooses that. They’re looking for safe life.

Sixteen-year-old Nani dreams of playing for Manchester United one day, like his namesake. He said:

I force myself to not play now, but I have my time.

When my time it comes, I will play.

After fleeing Sudan, Nani was detained in Libya for a year. His arm was broken when a bomb struck his detention centre. The same blast killed his older brother.

Told in a moving video, Mohamed and Nani’s stories are part of new digital exhibition People of Calais. Organised by humanitarian charity Care4Calais, the initiative tells the stories of refugees in a series of short clips.

The people of Calais are just like you and me.

Working with them every day, we get to know about their families, their favourite foods, their interests and passions.

The stories on the news about refugees crossing the Channel in boats provide only a limited and one dimensional picture.

Behind the statistics are people with hopes and dreams. The people of Calais are some of the bravest, most resourceful and inspiring people I know.

They are our friends and we couldn’t be prouder to share their stories.

The People of Calais project aims to show some of the human stories that the charity says get lost behind terms like ‘refugee’ and ‘migrant’.