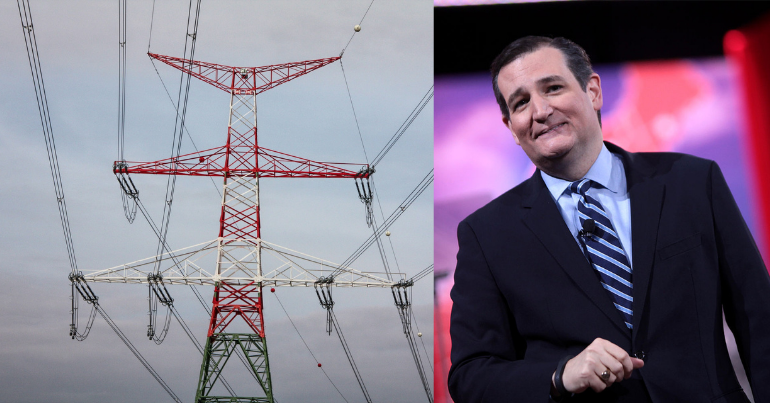 A winter storm in the US has caused widespread power outages that have disproportionately impacted disadvantaged communities.

More than 30 people have died and millions have been left without power in Texas, where inequality in access to the power grid is larger.

Meanwhile, republicans have come under fire for their actions during the crisis.

The lack of electricity has hit poorer households and families of colour the hardest, as they are less likely to live in neighbourhoods with critical infrastructure unaffected by the outages.

According to the Texas Tribune, dozens of deaths have already been attributed to the storm, with officials saying there are likely more not yet recorded. An 11-year-old boy died in a house without power, and other deaths have been officially classed as due to hypothermia.

It’s almost never this cold and never for this long. Texans don’t have fireplaces or many generators and many didn’t have food supplies for what’s looking like a week of lockdown. People are getting desperate, especially those who can’t cook because powers been out for 3 days 6/

According to experts, none of Texas’ sources of electricity were adequately prepared for the freezing weather brought by the storm, despite similar outages in 2011. This is compounded by Texas having its own power grid, separate from the rest of the US. The independent grid means Texas avoids trading electricity regulations. Experts are now saying the avoidance of these regulations may have led to the Texas grid not being properly maintained.

This has led to Texans whose electricity stayed on being hit with large bills. One 63-year-old veteran living on social security payments told the New York Times he had been forced to use most of his savings to pay a $16,752 electricity bill.

This is not a third world country. This is Houston, Texas. I spotted a line of people filing up buckets of water from a spicket at Haden Park. Why? Millions either have no water or are under a Boil Water Advisory. pic.twitter.com/VHYH5Hbqjj

Leadership in Texas has faced criticism for their response to the crisis.

The mayor of Colorado City, Tim Boyd, wrote a long post on Facebook calling his citizens products of the “socialist government”. He said:

No one owes you or your family anything; nor is it the local governments responsibility to support you during trying times like this! Sink or swim, it’s your choice! The City and County, along with power providers or any other service owes you NOTHING! I’m sick and tired of people looking for a damn hand out! If you don’t have electricity you step up and come up with a game plan to keep your family warm and safe.

He has since resigned.

There has been outrage over Ted Cruz, republican Texas senator, flying to Mexico during the blackouts.

Ted Cruz not only fled the state while millions of vulnerable Texans are without heat and water but specifically diverted police resources to get him through security and crowds faster for his outgoing vacation flight. https://t.co/vhcFPr6i4E

Republican Texas governor Greg Abbott has called for an investigation into ERCOT. In an interview with Fox News, Abbott blamed green energy for the outages, despite experts saying the majority of energy losses has consisted of fossil fuels.

Republican leaders mocked California during power outages only last year. However, experts have said this blackout should have come as no surprise to republicans.

One big difference is that leadership in California recognizes that climate change is happening, but that doesn’t seem to be the case in Texas.

A family member in Austin just told me they've been without power, without heat, for 38 hours. Low today was 6; high 25. Ice makes driving unsafe, so my loved ones sit, awaiting restoration of power. This is a leadership test for @GovAbbott. He is failing. #texaspoweroutage